Switzerland is a land of superlatives and beside its stunning feats of nature, there are equally beautiful manmade marvels to be found in its cities, towns and villages.

While cities like Zürich might be full of the hustle and bustle expected of major centres of commerce, the villages of Switzerland can be a paradise for those who prefer peace and solitude to noise and crowds and even in high summer it’s easy to escape the throng of tourists in most places by walking for just five minutes into the countryside. Here are our top five most beautiful villages in the country, all easily accessible by public transport.

One of the most charming villages of the Ticino region, Morcote lies on the southern shores of Lake Lugano and was named ‘Switzerland’s most beautiful village’ in 2016. A pretty row of buildings lines the waterfront, with many of the villas decorated with elaborate stucco or frescoes. 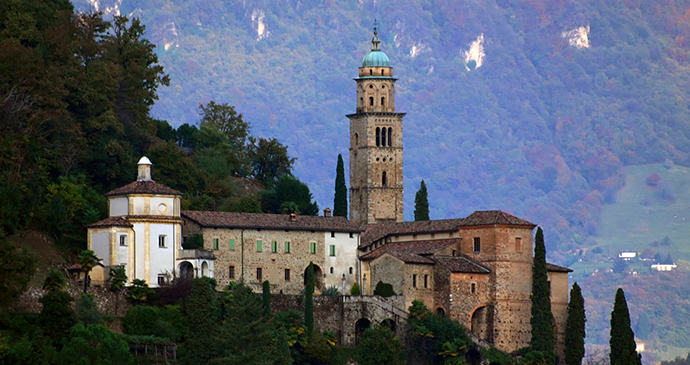 The campanile of the 14th-century Santa Maria del Sasso church towers above the houses of the village © Alessandro Vecchi, Wikimedia Commons

The village is home to the extraordinary park, Parco Scherrer, founded by the proprietor of an embroidery business from St Gallen whose widow later donated it to the municipality. Besides the fine cedars, Mexican pines, Chinese magnolias and palms, the park is full of original works and copies of objets d’art from around the world, such as a Siamese tea house, Greek statues and an Arab house.

Runner up to Morcote in 2016’s ‘most beautiful village’ competition was Binn, a delightful hamlet in the Upper Valais area, with a river bridge from 1564 and a small museum containing some fine crystals for which the area is renowned. 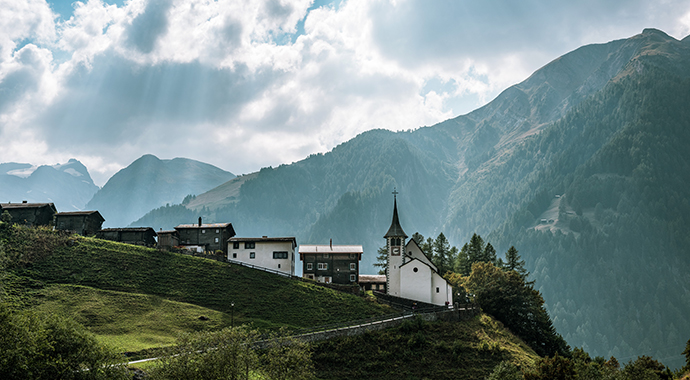 The village of Binn is popular with geologists because of its rich mineral deposits © Andre Meier, Switzerland Tourism

Binn is found on the route of the Glacier Express as it winds its way up the Rhône Valley and has only been accessible year-round since 1965 when the road tunnel was built. Visitors can reach the village via postbus from Fiesch station, where a trip up the cable car to see the great Aletsch glacier shouldn’t be missed.

Guarda is a typical village of the Engadine valley, where Romansch is still the most widely spoken language. The village was awarded the Wakker Prize for architecture in 1975 so is well worth wandering around. 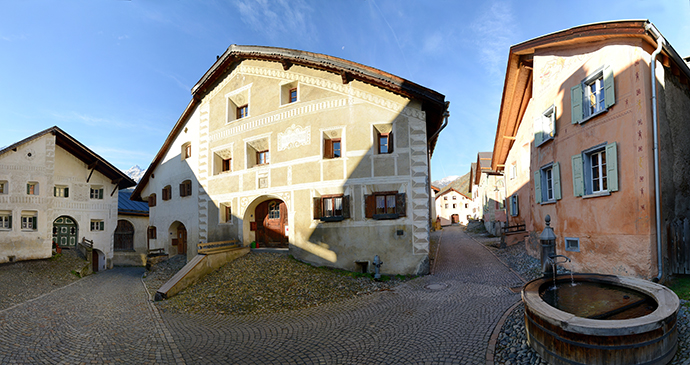 Guarda is a popular spot for celebrating the ancient tradition of Chalandamarz, when locals welcome the arrival of spring © Bohringer Friedrich, Wikimedia Commons

A train line passes through the Upper and Lower Engadine  and it deserves to be far better known than it is: although less dramatic than the Glacier and Bernina Express lines, the broader views, gentler slopes, forests and delightful villages with distinctive Engadine style of architecture combine to produce an idyllic setting. Visitors can also explore the area on two wheels; a cycle route runs for much of the valley’s length.

It is quickly evident why Mürren is so popular: it is in an incomparable position on a broad shelf above the Lauterbrunnen valley and has arguably the finest views of the Eiger, Mönch and Jungfrau. 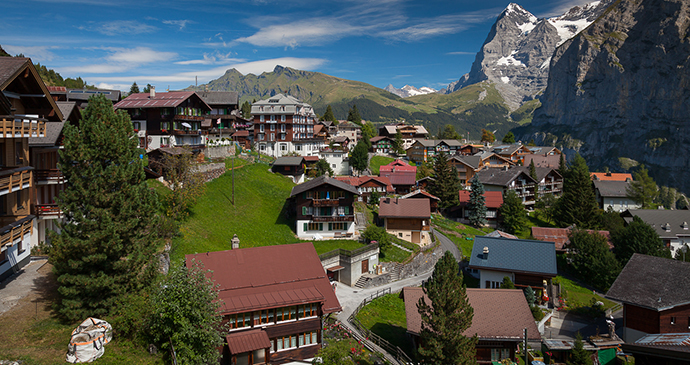 Visitors can enjoy the tranquility of Mürren, one of ten car-free resorts in Switzerland © Svein-Magne Tunli, Wikimedia Commons

At 2,970m the most famous peak above Mürren is the Schilthorn, brought to world attention for being the location of one of the most dramatic sequences of the James Bond film On Her Majesty’s Secret Service. To reach the summit take the cable car from the village, part of Europe’s longest cable car route, and take in the views at the top with a meal in Europe’s first revolving restaurant for a 360 degree mountain panorama.

St-Saphorin is renowned as being one of the loveliest villages in the Lavaux area and with its location on the edge of Lake Geneva, overlooked by the UNESCO-listed Lavaux Vineyard Terraces, it’s easy to see why. The vineyards stretch for 30km between Lausanne and Chillon Castle with a network of footpaths threading between the vineyards, cellars and village inns. 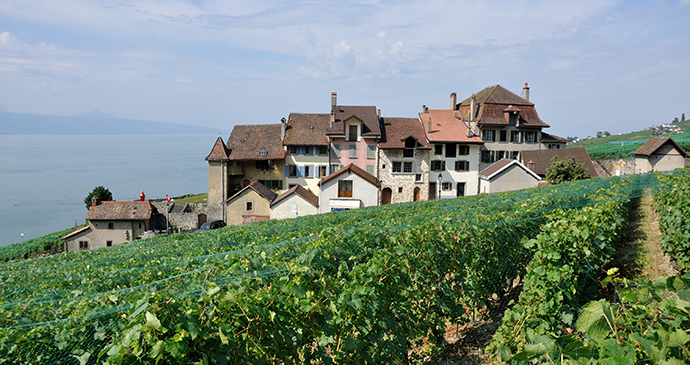 With its cobbled streets and ancient houses, St-Saphorin is worth a stop on a visit to the Lavaux vineyards © Hansueli Krapf, Wikimedia Commons

St-Saphorin also has one of the best-sited stations in Switzerland for waiting passengers – the westbound platform is right over the water of the lake. Among the village’s old houses is the 16th-century arcaded priest’s house, and the porch of the 16th-century Reformed church of St Symphorien, flanked by a 1st-century Claudian milestone and a Roman altar.