A notable feature of Ghanaian society, and one that is of great interest to travellers, is the enormous number of local festivals that take place in various parts of the country throughout the year. Few travellers are likely to deliberately select the dates of their trip to Ghana to coincide with any one particular festival, but it’s certainly worth taking note of any festivals that will take place while you are in Ghana and making the effort to be in the right place at the right time, bearing in mind that accommodation may be in relatively short supply in some areas during the most important festivals. 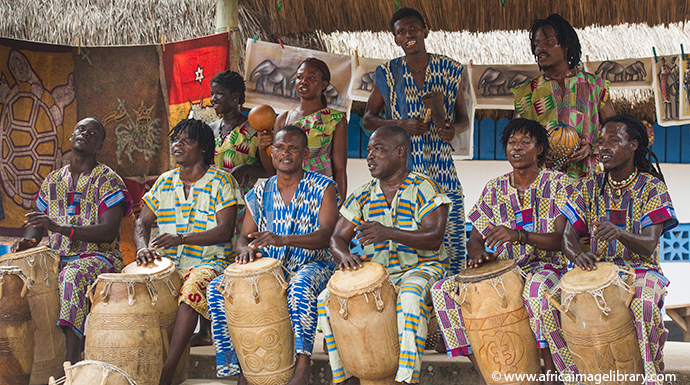 If you are visiting Ghana in early May, do try to get to Winneba  for the first weekend of the month in time for the renowned 300-year-old hunting festival known as the Aboakyir. The festival’s centrepiece is the deer (or, more accurately, antelope) hunt, wherein the town’s two oldest asafo companies, dressed in full traditional regalia, compete to hunt down and capture a bushbuck using only their bare hands.

Most other festivals in coastal parts of Ghana take place during the European autumn. The most important annual festival in Greater Accra Region, celebrated in the capital as well as in other Ga towns such as Prampram, is Homowo, which literally means ‘mocking hunger’. It takes place in August and September, the months that normally yield the largest harvest of fish and grain. A similar festival, called Damba, takes place in Northern Region, centred on Tamale, during the same months.

The most important festival in the Fante calendar is the colourful Oguaa Fetu Afahye (the last word literally means ‘adorning of new clothes’), on the first Saturday of September, when local chiefs and asafo companies dressed in full traditional regalia lead processions through the streets of Cape Coast.

The main festival in Anomabu is the five-day-long Bontungu in August, in which a variety of drumming and dancing rituals are held to bring God’s blessing for the forthcoming year.

In Elmina, the Bakatue Festival takes place a bit earlier in the year, on the first Tuesday of July, the beginning of a new fishing season. Characterised by a variety of processions and competitions, this festival is said to pre-date the arrival of the Portuguese at Elmina 500 years ago, making it one of the most ancient in Ghana. 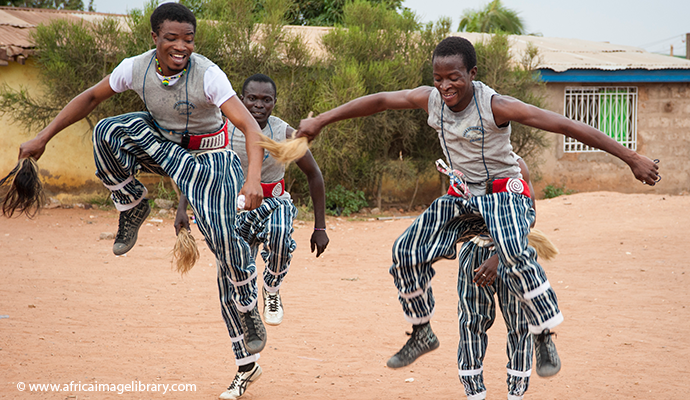 In Volta Region, the whole of September is given over to the Yam Festival, and two other important festivals take place during November. In Anloga, near Keta, on the first Saturday of the month, Hogbetsotso (pronounced ‘Hobejojo’) or the ‘Exodus’ Festival, commemorates the escape of the Ewe people from a tyrannical ruler in what is now Togo. It is marked by processions of traditionally dressed chiefs as well as lively drumming and dancing. Later in November, the Agumatsa Waterfall Festival in Wli traditional area is also characterised by dancing, drumming and colourful costumes.

The most important annual festival in Ashanti is Odwira, a week-long affair that climaxes on Friday with a procession through town to the palace. The Odwira generally takes place during the ninth adae of the calendar, which falls in September. Among the most lively celebrations are those in Kumasi, Akwapim, Akrapong, Akuapem and Akwamu.

More frequently held is the Akwasidae festival, which takes place at Kumasi’s Manhyia Palace twice during each of the nine 42-day cycles, or adae, into which their annual calendar is divided. It is difficult to give dates for these, since they change from year to year, but basically the festival days fall on every sixth Sunday, and then the 17th day after that, always a Wednesday. This colourful highlight of the Ashanti calendar is when the Asantehene (king) holds court before his subjects and various lesser chiefs to a dramatic aural backdrop of traditional drumming and blaring horns. 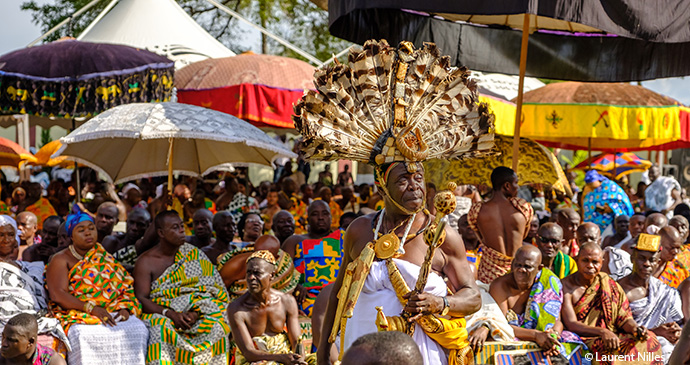 Want to learn more? Get 10% off our Ghana guide here: