For the first 25 years of Albania’s post-communist history, the last thing people wanted to be reminded of was the political repression and economic hardship they had so recently succeeded in getting rid of. Recently, however, national and local authorities have begun to invest in conserving some of the more notable communist sites and curating them so that Albanians and visitors can learn about this difficult and controversial period.

Site of Witness and Memory, Shkodra 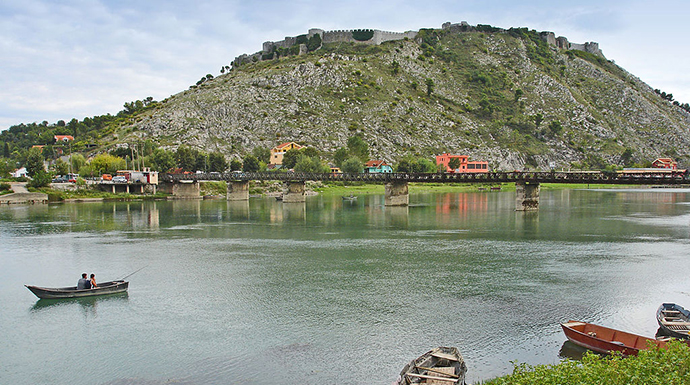 Combine your visit to the Site of Witness and Memory in Shkodra with a trip to the castle © Christian Guthier, Wikimedia Commons

From 1946 to 1991, a rather unassuming 19th-century house on Shkodra’s main boulevard became the regional headquarters of the Ministry of Internal Affairs. This innocuous name belies the political persecution and terror that emanated from this building for 45 years. The storerooms of the former Franciscan seminary were transformed into detention cells and interrogation rooms for the Sigurimi, communist Albania’s secret police. Thousands of people passed through these cells before they were sentenced; they were then either executed or sent on to other prisons or prison camps such as Spaçi. Now the building has been transformed again, this time into a museum that commemorates those who suffered there. Panels in English and Albanian explain various aspects of Albanian communism, including the destruction of religious buildings, the anti-communist uprisings in northern Albania, and the public trials that took place in buildings around Shkodra.

The House of Leaves, Tirana

The most recently opened of Tirana’s communist-era buildings is the former surveillance centre of the Sigurimi, Albania’s secret police. It was built in 1931 as a maternity clinic, founded by Zog I’s personal physician, and taken over secretly by the Sigurimi for use mainly by the technicians who tapped people’s telephones and installed bugs in their apartments. Also based there was the department responsible for spying on foreign visitors and residents, intercepting communications in hotels and embassies in Tirana and maintaining detailed notes about every foreigner in the country. The House of Leaves museum displays original items used by the Sigurimi to spy on ‘the enemy within’ (ie: virtually everyone in Albania) and ‘the external enemy’ (everybody else). 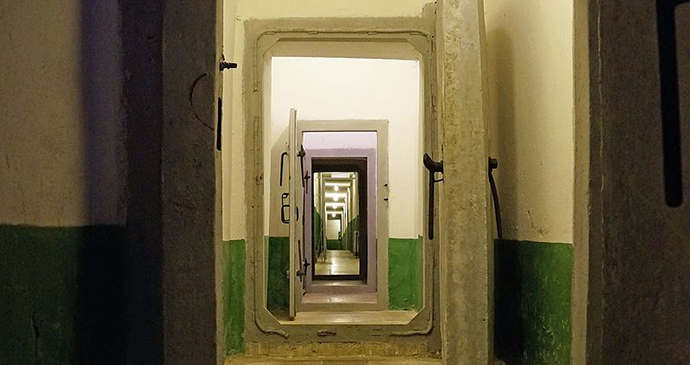 Exploring these tunnels will give you a good understanding of the communist period in Albania © Albinfo, Wikimedia Commons

Sister-installations Bunk’Art 1 and Bunk’Art 2 are dedicated to the interpretation of aspects of the communist period. Bunk’Art 1 was built in the 1970s but never used. This vast network of underground tunnels was intended to shelter the entire government apparatus in the event of invasion or nuclear attack. As you go through the tunnels, you’ll see a number of offices and dormitories for government officials, apartments for the party leaders, communications rooms, an assembly hall and a canteen: 106 rooms in total. 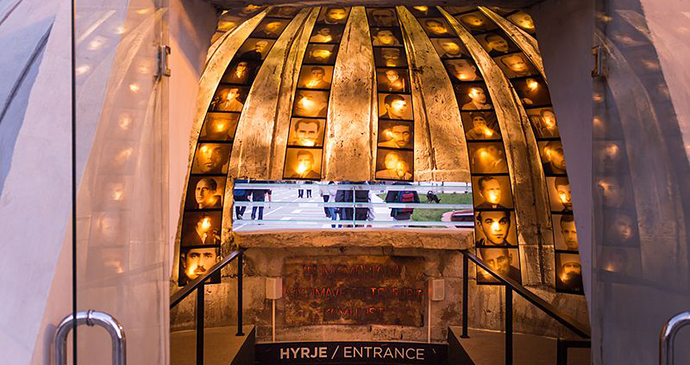 While visiting Bunk’Art 2 you will learn about the communist period in Albania through archive photographs and film © aXeLuS, Wikimedia Commons

Bunk’Art 2 was a bomb-proof tunnel under the Ministry of the Interior, home to the police force in its various incarnations throughout Albania’s 100-year history. You’ll be able to visit the display of archive photographs and film that illustrate the phases of World War II and the subsequent chilling of relations with one set of former allies after another. Some rooms are used for modern art installations inspired by this aspect of Albania’s history. You can also visit the interrogation rooms and the holding cells in the tunnel, as well as the decontamination room that would have been used in the event of a nuclear or chemical attack. 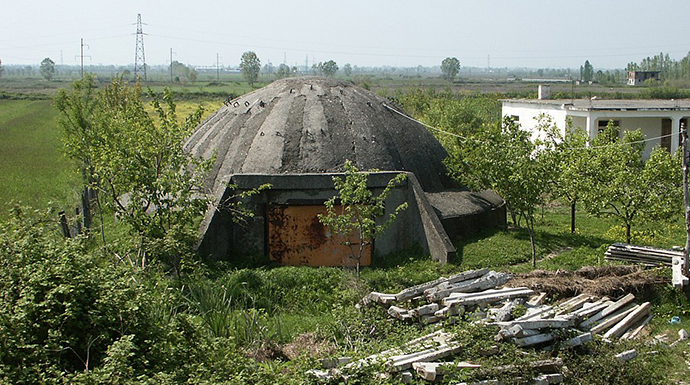 You can learn more about pillboxes, such as this one, and their use throughout the communist period when visiting Saranda © kopaszsop, Wikimedia Commons

One aspect of Saranda’s communist history can be seen opposite the post office on Rruga e Flamurit: Memorje 78, a concrete pillbox, half-excavated so that you can look through a grille into its interior. Inside, there is an information panel with photographs of different types of bunker and diagrams of their design.

During the communist years, when town halls across Albania were known as ‘Executive Committees’, air-raid shelters were built under them so that the Committee Members and staff could continue to administer their town in the event of enemy bombardment. Gjirokastra‘s air-raid shelter, now open to the public, is in fact a huge labyrinth of underground corridors with small offices opening off them. Many of the offices still have the signs on their doors indicating which department or functionary would have worked within; even the telephone switchboard operators would have relocated down to the bunker. The functionaries would have slept, as well as worked, in their little windowless offices. The whole structure was designed to resist the impact of missiles of up to six tonnes; exploring the complex gives a unique insight into the Hoxha regime’s permanent state of alert for enemy attack. Maps at the entrance show the entire network of tunnels under the city.

In Skanderbeg Square, the Tirana International Hotel and the huge building that houses the opera were both designed by Soviet architects in the 1960s. Only the exterior of these buildings reminds one of those times. The hotel has been completely overhauled; the opera house is being renovated at the time of writing and is likely to lose its faded communist grandeur in the process. Communist slogans can still occasionally be spotted on the walls of the older-style, four-storey apartment buildings. 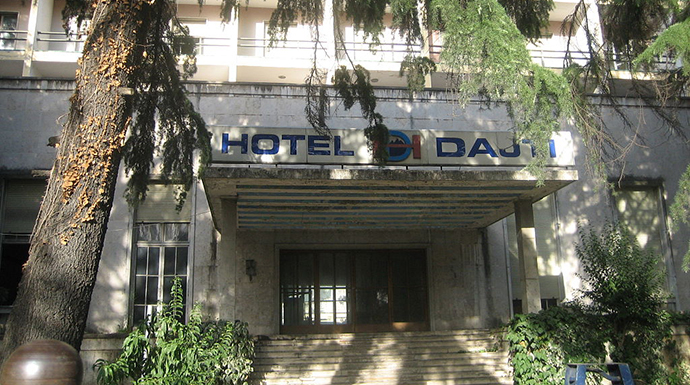 While this hotel is no longer open for guests, it was a very important building during the communist period © Belgian man, Wikimedia Commons

Back on the Boulevard, the Dajti Hotel played a pivotal role in its first half-century – during the communist period, at least until what is now the Tirana International opened, almost all foreign visitors stayed here. Ordinary Albanians were not allowed through the doors until the advent of democracy. Countless treaties were negotiated and plots hatched in the Dajti Hotel. The doors of this historic hotel closed in December 2005 and the building has become increasingly derelict. 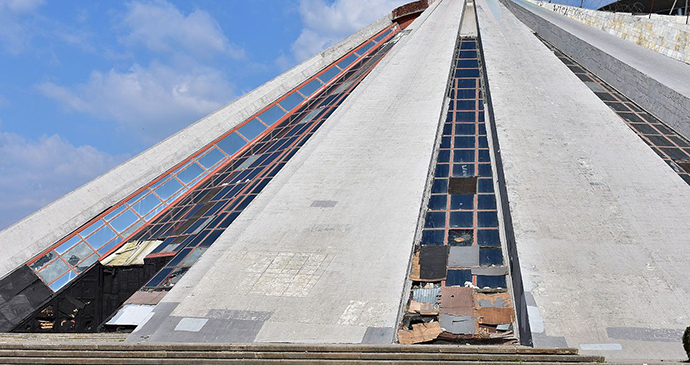 The Pyramid, just across the little Lana River from the Dajti, is a remarkable piece of architecture © Justin W. Flory, Wikimedia Commons

Another historically important site is The Pyramid, which was commissioned as a memorial museum to Enver Hoxha (who became Prime Minister of the Provisional Government of Albania in October 1944) after the end of one-party rule and until the end of the first decade of the 21st century, it was used for conferences and trade fairs, with offices at the rear let to various companies, including a privately owned national TV station. 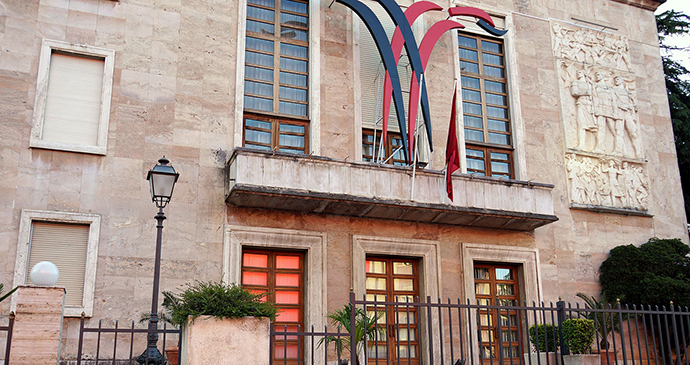 The Council of Ministers was used throughout the communist period and is used today as the office of the president © Dennis Jarvis, Wikimedia Commons

On the Boulevard next to the Pyramid is the prime minister’s office building, known as the Council of Ministers, which used to house the government in communist days as well – a Socialist Realist bas-relief has been preserved on the wall facing the Boulevard. Across the road is the Checkpoint memorial, an installation commemorating Albania’s isolation under communism. A piece of the Berlin Wall, a real bunker and – most chilling of all – part of the concrete mineshaft supports from the prison camp at Spaçi have been set in a little garden.

In 1968, the Albanian government decided to use the copper mine at Spaçi as a forced-labour camp for political prisoners. Over the next 24 years, thousands of men were imprisoned at Spaçi, behind three rings of barbed-wire fence that enclosed the whole 12ha of the mine. An unknown number died, sometimes of exhaustion and malnutrition, sometimes shot.

Spaçi was not the only forced-labour camp in Albania, but it was the only one that used exclusively political prisoners. There were also a few non-prisoners employed at Spaçi. Their job was to handle the explosives, which for obvious reasons were not made available to the prisoners. At any one time there was an average of 800 prisoners in the camp; when it closed, in 1991, 830 men were freed.

This eerie place, in its bleak setting amid bare, harsh mountains, has been abandoned to the elements since 1991. Information panels in English have been installed around the site and work has begun to stabilise the buildings so that the the prison camp can be transformed into a museum, along the lines of Robben Island in South Africa.

Interested in learning more about our Destination of the Month? Get 10% off our new guide: