The Peloponnese has long been neglected and overlooked by the travelling public, and yet this mountainous and wild region is Greece’s hidden gem. We’ve featured the region since 1974,  and we’re one of the first tour operators to schedule a direct flight from London Gatwick to Kalamata. Here’s why the Greek mainland should be the traveller’s main event. 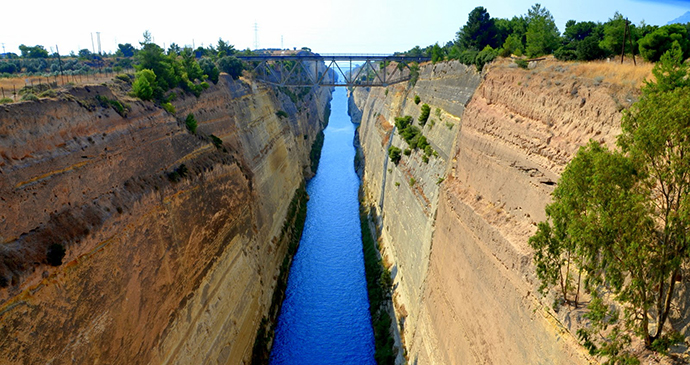 The Corinth Canal marks the start of the Peloponnese © Kris Silver, Wikimedia Commons

The recently completed motorway between Athens and Kalamata has made it very easy to access the Peloponnese, with Kalamata now a mere 2½-hour drive from Athens Airport. On the way, stop at the Corinth Canal and marvel at the engineering feat that created this waterway connecting the gulf of Corinth with the Saronic Gulf and so, in theory, making the Peloponnese an island and not a peninsula. The spectacular canal is four miles long and 70ft wide, and is off limits to today’s large cruise ships.

The Peloponnese’s southerly location means that it has a climate similar to that of Crete, with warm weather from April right through to November. In the spring, flowers abound and the region is at its most beautiful, and in the height of summer the lovely villages that cling to the coast provide the perfect base for a relaxing and uncrowded holiday. The coastal resort of Tolo, first featured by us in 1974, has a good beach, shallow sea and an abundance of good tavernas and is in striking distance of both Mycenae and the theatre of Epidavros. 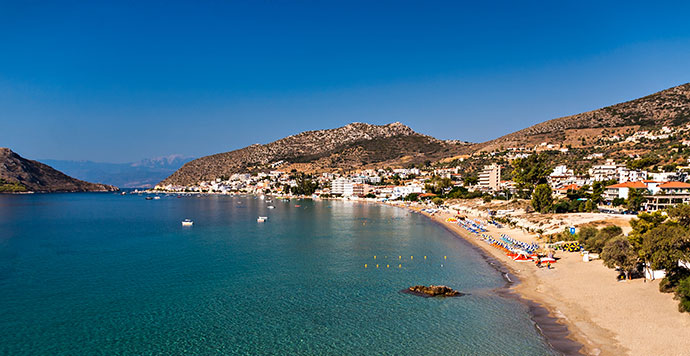 The laid-back beach resort at Tolo is decorated with flowers donated by Sunvil © Stockbksts, Dreamstime

As the birthplace of European culture, the Peloponnese has a host of ruins and remains to entrance and attract the cultural traveller: from the ancient site of Mycenae, home of Agamemnon and the stronghold of the Mycenean civilisation, and the fortified Byzantine town of Mystra, a UNESCO World Heritage Site, to the Venetian fortresses of Methoni, Koroni and Navarino, the Peloponnese is a region steeped in antiquity and legend. 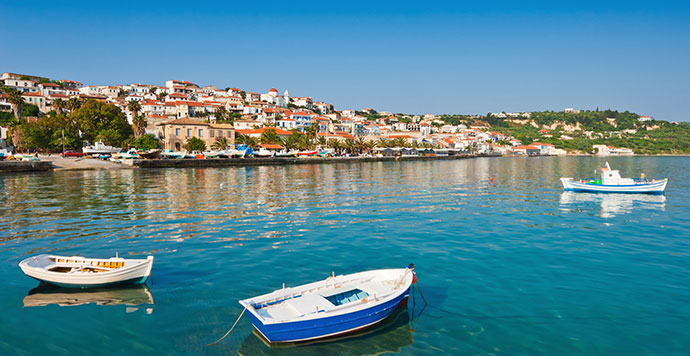 Koroni is one of the region’s prettiest fishing villages © Andreas Karelias, Dreamstime

For more active travellers, the beautiful Taygetos Mountains that form the backbone of the Peloponnese offer a myriad of hikes and walks culminating in Mount Taygetos, its highest point, that rises to 7,897ft.

Forget tepid moussaka and tired souvlaki, Greek food is now recognised as one of the most exciting global cuisines and the Mani Peninusla, stretching south from the Peloponnese, is home to some of the finest and freshest that the country has to offer. Here, in waterfront tavernas, you’ll sample the grilled fish and seafood, often caught that morning, or on our Taste of the Mani excursion, you can see how Mani honey is produced, visiting the local beehives and learning how they are moved when the olive trees are in blossom and again when the famous wild flowers of Mani are in bloom. 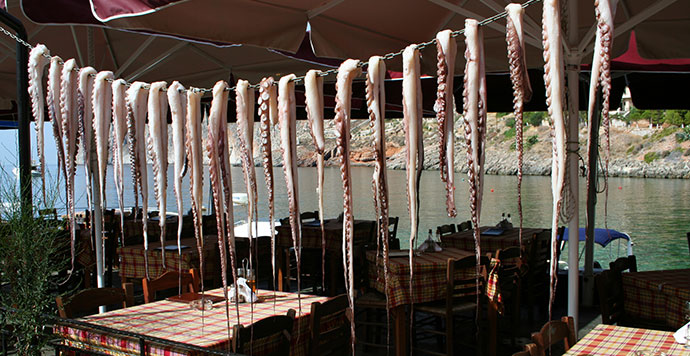 Drying octopus and calamari is a common sight in the tavernas of the Mani © Mirafilm, Dreamstime