Here’s a Wild Card list of 15 unsung or lesser-known places and attractions in Northumberland, Newcastle and Gateshead, some of which are simply under-visited because they are out of the way or require a map and bit of detective work to find. They are all described (with directions) in Slow Travel Northumberland: the Bradt Guide. In no special order, they are: 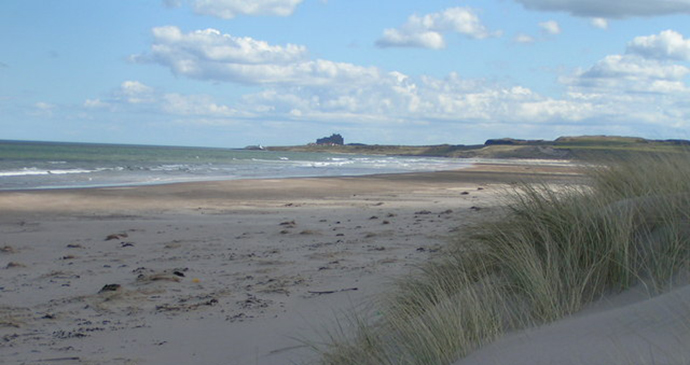 Like many of Northumberland’s beaches, Ross Back Sands is gloriously deserted © Dave Dunford, Wikimedia Commons

The beach at Ross is a gloriously deserted sandy spit that extends for three breezy miles from Budle Bay almost to Lindisfarne. Access is via a mile-long footpath through Ross Farm and across the dunes, which puts off the few travellers who venture to this remote place. Your reward, however, is an unbeatable panorama: all sky, sea and white sands with Lindisfarne Castle at one end and Bamburgh Castle and the Farne Islands at the other.

This is one of the most curious of museums – if you can call it that – in Northumberland and deserves to be better known. Between the shrubs, trees and water features in the back garden of an ordinary house in Branxton village are colourful life sized animals made of cement. There’s a giraffe, zebra, panda and hippo; a man on a horse and another on a camel; and many small animals and birds hiding in bushes. It was built over several decades in the 20th century by a retired joiner for the enjoyment of his disabled son. 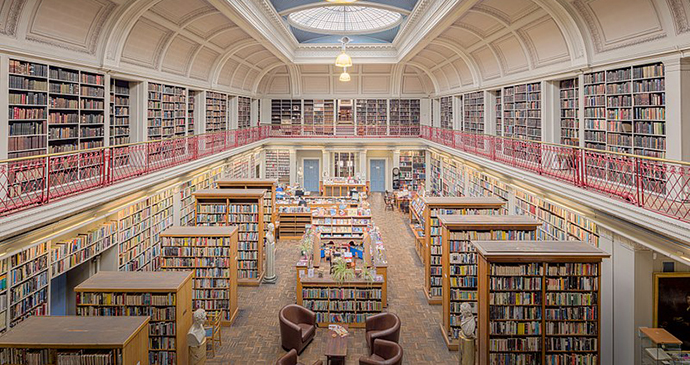 Newcastle’s Literary and Philosophical Society was the first public building to be lit by electricity in the world © Michael D. Beckwith, Wikimedia Commons

A little-known gem a short stroll from Central Station. Bookshelves extend almost to the dome glass skylights, and oak chairs and tables, wooden coat stands and antique clocks evoke a bygone era. Politics and religion were the only topics banned when this society was founded in 1793 as a ‘conversation club’. Over the years, many distinguished engineers, historians and writers have lectured here including Joseph Swan on 20 October 1880, during which he demonstrated the electric light – making this the first public building to be lit by electricity in the world. The tradition of public lectures continues today. 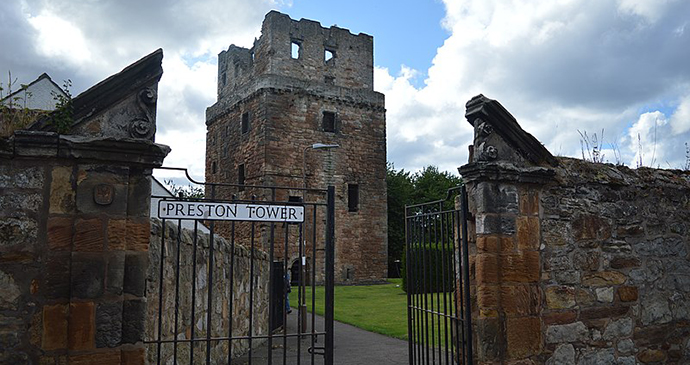 Preston Tower dates all the way back to 1392 © DougRM, Wikimedia Commons

As far as young children are concerned, this is a ‘proper’ castle with turrets, old stonework and slit windows. In fact, it is a medieval pele tower dating back to 1392. It stands in landscaped parkland a couple of miles southwest of Beadnell and is really worth visiting. Very few fortified towers quite as well preserved and special as this are open to the public and provide such a vivid sense of the border clashes that were so frequent in Northumbria until the 17th century. Rooms are furnished with items typical of the period, including animal skins, wood stools and a spinning wheel. 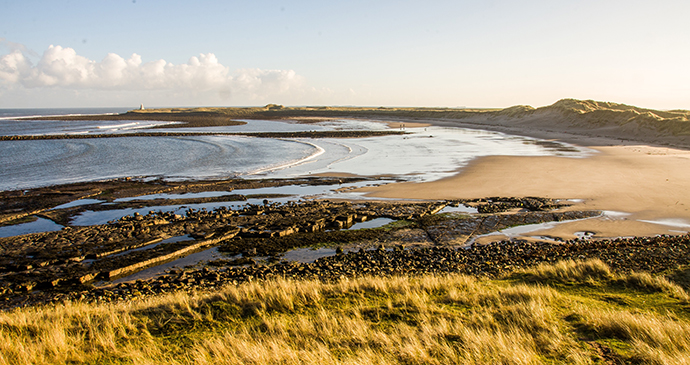 Many visitors to Lindisfarne never make it to the island’s beaches © iancook57, Flickr

Better known for its monastic heritage and castle, most visitors never make it to the north of the island, which is fringed by a string of pristine and gloriously empty beaches.

Take the family on a fairy-tale adventure to this secluded waterfall hidden deep within an ancient woodland. Though few visit this magical waterfall, it really deserves seeking out – even the muddy footpath, blocked here and there by fallen trees, adds to the sense of discovery as you climb, duck and slide along. There’s no particularly steep drop and even young children should manage the quarter-mile walk through the wooded ravine with a little help. From the pull-in area, begin your descent into the enchanting woodland with its many old oak and beech trees (and glorious bluebell display in spring), following the muddy trail and sounds of water for 600 yards or so. Routin Lynn is the prettiest of falls, cascading down a cliff face into a pool just deep enough to take a plunge. 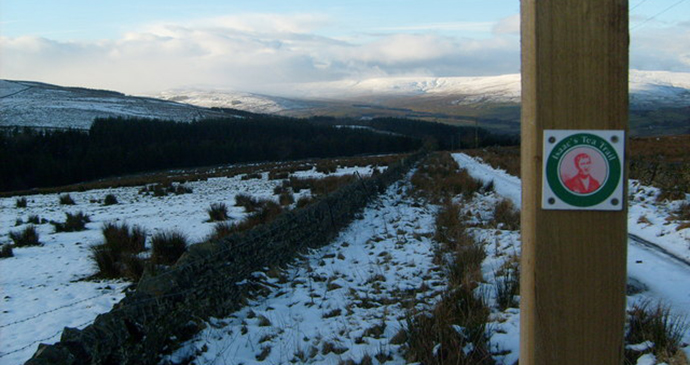 This little-known 37-mile circular trail (marked on OS Explorer maps) from Allendale takes in some of the best moorland and valley scenery in the North Pennines, encompassing the East and West Allen valleys and a stretch of the Pennine Way along the South Tyne. Don’t expect to meet many fellow walkers, particularly over the fells, as you hike between valleys. The circuit follows in the footsteps of Isaac Holden, a devout Methodist and philanthropist who travelled the Pennines in the mid 19th century selling tea and raising money for good causes. 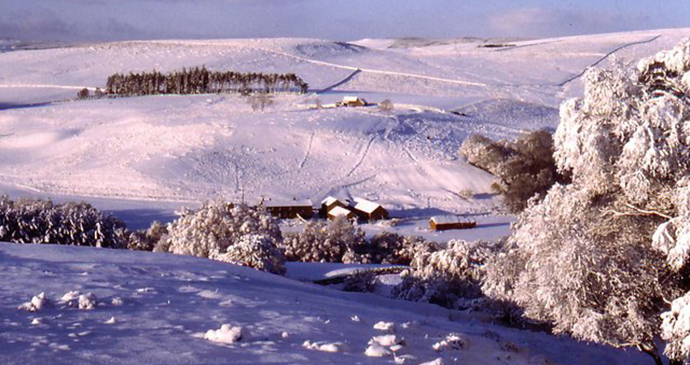 The rolling meadows of Tarset Valley are beautiful in all seasons © Angus, Wikimedia Commons

A wonderful little museum where you may well find local musicians playing the distinctive soft notes of the Northumbrian smallpipes (they regularly play on the third Saturday of the month) as you wander around the displays. Unlike Scottish bagpipes, the Northumbrian pipes are bellows blown. The instrument requires much concentration to play; hence musicians often have a far-away look as they perform. 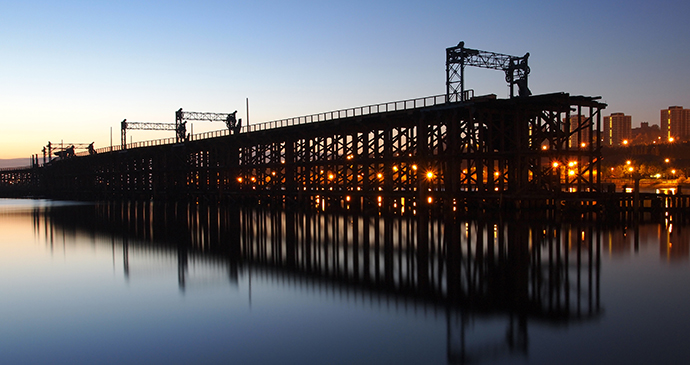 The Dunston Coal Staiths are said to be the largest wooden construction in Europe © Gavin Burton, Flickr

Another relic from Tyneside’s industrial era, the late 19th-century pier-like structure, said to be the largest wooden construction in Europe, once enabled wagons loaded with Durham coal to transport their contents directly on to ships moored along its side. The staiths ceased operating in the 1980s but it remains largely intact. Following extensive conservation and repairs, the staiths is now open to the public. Even when closed, it is easily viewed from the promenade or railway bridge (when crossing the river by train, look upriver, away from the Tyne Bridge). Note the wading birds at low tide (I counted some fifty lapwings last time I came here). Since the water quality in the Tyne has improved in recent decades, a saltmarsh ‘garden’ is flourishing, and otters occasionally delight onlookers. On the second Saturday of the month ( May–Sep,11.00–15.00) a food market lines the lower deck of the staiths.

A small, seldom visited sandy bay just over the dunes from some of Northumberland’s better-known beaches.

Curious for its location in the back lane of a residential street. 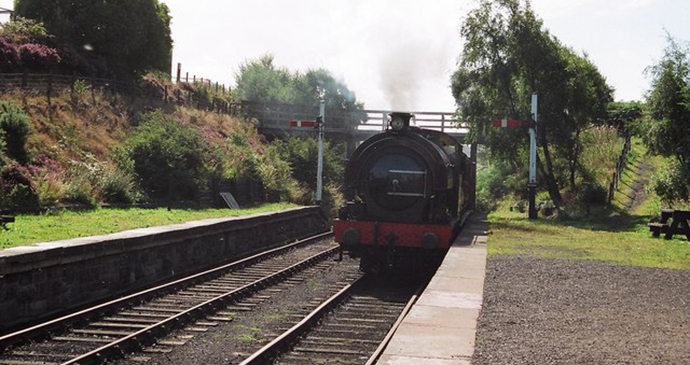 Tanfield Railway was resurrected by a group of friends after its closure in 1962 © David McColl, Wikimedia Commons

Of all the heritage railways open to the public in the North East, Tanfield, the world’s oldest operating line, is my very favourite. It’s wonderfully low-key, authentic and enthralling without any of the intrusive barriers and modern signs and clutter that can spoil places of heritage interest. When built in 1725 to transport coal from Durham to the River Tyne, horses pulled wagons on wooden tracks, until they were replaced by engines and metal rails in the 19th century. The line closed in 1962 but was brought back to life by a group of friends. Tanfield Railway is still manned by devoted volunteers. 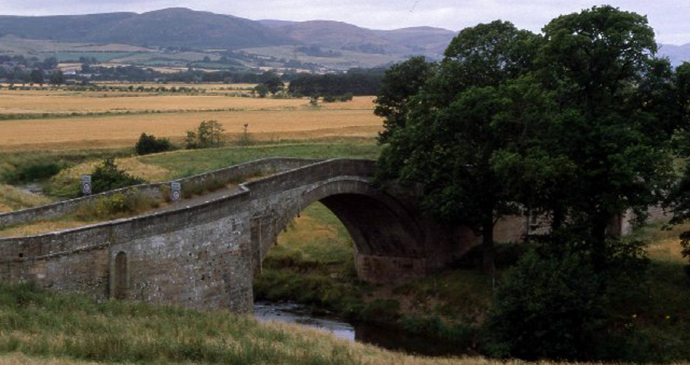 Weetwood Bridge (a couple of miles east of Wooler on the B6348) spans the River Till and is one of the most elegant medieval bridges in Northumberland with a wide arch made of blushed sandstone. Its height above the water, rose masonry, splayed parapets, conical finals to its piers and view of the Cheviots are not easily forgotten, particularly when viewed en route to Wooler. 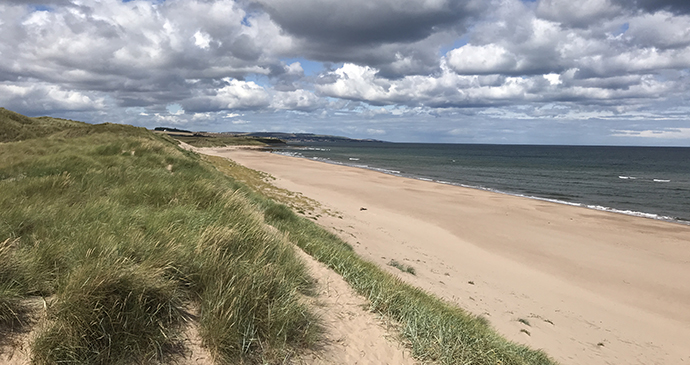 Remote, pristine sands backed by high dunes and hardly another soul in sight along its three-mile length – Cheswick Sands is the perfect place to find solitude.