Far away from the Atlantic coast, deep in the Vendée interior, you will find the département’s biggest tourist attraction and also some historical keys that can unlock the secret to part of the region’s identity. Who has heard of the Vendée Wars? Very few casual visitors from the Anglophonic world would register the name of those terrible conflicts, and even in France this is a subject that has been suppressed. But a visit to the main historical sites, the Refuge de Grasla, the Historial and the Logis de la Chabotterie will kindle your understanding of this important period of French history.

First, a little background. After the Storming of the Bastille in 1789 and the Declaration of the First Republic in 1792, the power of the new régime created by the French Revolution was total. The nobility was abolished. Priests who refused to swear allegiance to the Republican government (rather than to the king, the previous head of the Church) were deported and replaced with ‘loyal’ ones. Having previously endured the absolute power of the king, many of the urban middle classes embraced the new, revolutionary philosophies and the ideas of a world of greater justice.

However, new ideas permeated only slowly to the Vendée – then known as Bas-Poitou. The Vendean peasants were appalled to find that the Revolution had removed their king (Louis XVI was executed in January 1793), forced on them new priests loyal to the changed order, and that they were required to make payment to the Republican government of even higher taxes than had been due under the monarchy. Worse, the confiscated goods of the old Church and deported clergy were thought to be lining the pockets of the bourgeoisie, or middle classes, who had engineered for themselves the top administrative posts. Ignoring the new priests assigned to their churches, the Vendeans instead attended clandestine open-air Masses led by their own, rebellious, pre-Revolutionary clergy.

With that background of brooding discontent, the actual spark that ignited three years of horrific civil warfare was the Republican government’s decision in February 1793 to raise a 300,000-strong army to defend France’s borders against threatened invasion by neighbouring countries. The people of Bas-Poitou and surrounding départements refused to submit to formal conscription, leading to the arrival of Republican soldiers charged with drawing names of conscripts at random. Riots ensued, then in March the town of Machecoul saw the massacre of its Republican sympathisers. Other towns and villages followed suit.

If you’re travelling to the region and want to touch its identity, you need to unlock its history. A perfect way of doing so is by visiting the following three memorials to the conflict. 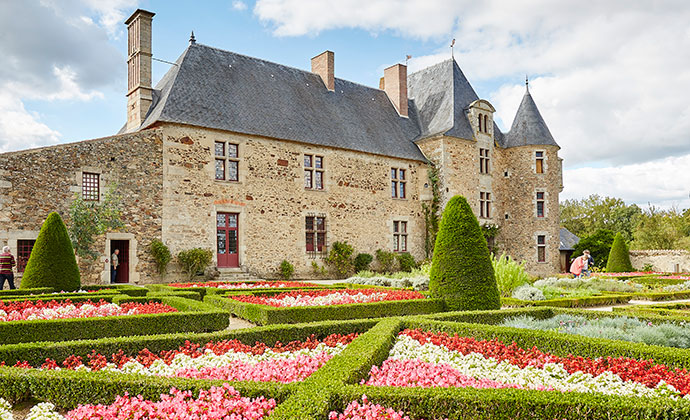 Set in an exquisitely refurbished manor house, this site gives visitors an introduction to the Vendée Wars © A. Lamoureux, Vendée Expansion Pôle Tourisme

Relatively recently given a huge overhaul, this excellent site now combines hi-tech equipment to give you the best introduction to the Vendée Wars and the heroes that it spawned, especially that of the revered Vendean leader Charette. In an exquisitely refurbished manor house, your tour is ‘guided’ by your hand-held remote control, which you point at various screens to activate commentaries about the wars’ key battles, and some of the major figures, through headphones.

Once you exit the major display area, the tour then takes you through the various rooms of the manor house, the commentary cleverly changing automatically as you exit one room and enter the next. The rooms themselves are full of period furniture from the 16th to 18th centuries. The kitchen contains the very table on which Charette was laid to have his wounds dressed after his capture on 23 March 1796 by General Travot’s exultant Republican troops; in another room you can watch a 12-minute video about the arrest and execution of the charismatic leader.

Do go to the top, to see the 16th-century wooden rafters and hear the creaky floorboards. Finally, there is a display of models of other similar Vendéan manor houses. (This is the only one open to the public.)

The immaculately planted garden features flowers and vegetables in geometric borders and an arbour of deliciously perfumed old-fashioned roses. You can walk and picnic in the wider grounds, and follow the ‘Chemin de Charette’ to a granite cross at the spot where the Vendean leader was taken. Events with an appropriately period flavour are organised on summer afternoons, and a prestigious annual festival of Baroque music is held in summer. 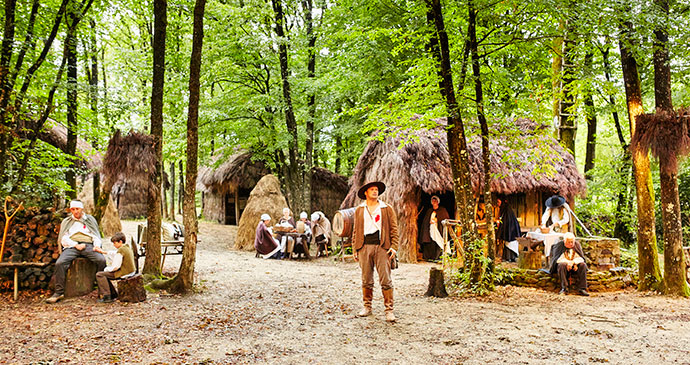 The site brilliantly captures the atmosphere of one of the bloodiest years of the Vendée Wars © A. Lamoureux, Vendée Expansion Pôle Tourisme

During 1794 – the bloodiest year of the Vendée Wars – almost 2,500 men, women and children would seek safety each night from the colonnes infernales deep in the forest in which the Vendean leader Charette often concealed his troops. Today, signposts guide you from the D7, 2km southeast of the village, to an area where the atmosphere of those times has been brilliantly recaptured. As the lookout’s horn toots from the treetops, you experience the surprise felt by the Republican General Terrand when he stumbled upon an empty encampment after venturing into this area that was then still roamed by wolves as well as by hostile Vendeans, on 10 July 1794. A short film (in French) explains the beginnings of the Vendée Wars, and how local villages were among the first to take up arms to defend their way of life and their religion. Paintings and maps illustrate the progress of the war and the terrible reprisals that followed.

Before you set out to explore the woods, pick up the English-language booklet that explains what you are about to see. Rough shelters of branches and bracken include such 18th-century necessities as chapel, smithy, saw-yard and workshops – complete with appropriate sound effects and occasional motionless figures. At cleverly disguised information points, your arrival will trigger accompanying commentaries, or you can press buttons to hear them (all in French, though your booklet will assist in places). Visitors can play a few period games, such as skittles. You could easily spend an hour or more in this lovely spot – especially on a hot day when the tall trees provide welcome shade. There is a lake, where you might see wading herons and other birdlife, a children’s play area, café and a small shop. 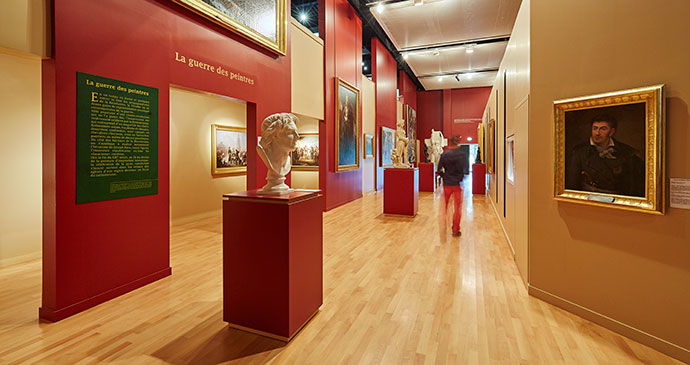 Learn about the Vendée’s past at its major historical museum © A. Lamoureux, Vendée Expansion Pôle Tourisme

The Vendée’s major historical museum, in a grass-roofed building beside the Boulogne River, shows the region from prehistoric times to the present.

Historical periods are colour-coded, which helps to visit the seven rooms in the right order. After looking at the wonderful relics of prehistoric times, when dinosaurs roamed the area, don’t miss the ‘helicopter ride’ in the purple-coded ‘L’Antiquité’ section. Look in here for the ‘Prenez de la hauteur’ sign, with its coloured lights, and when these turn green, push through plastic flaps into a small room with a helicopter cabin. If there is space (probably best to go at lunchtime), you can sit in the pilot’s seat to watch aerial views that reveal evidence of Gaulish and Roman archaeological sites, before taking you around the rest of the region – a useful, as well as fun, experience.

In the succeeding rooms, the Vendée’s history continues, through medieval and Renaissance times, followed by an extremely comprehensive section on the Vendée Wars, continuing into the aftermath and showing heroic artworks on the subject that were produced 100 years later. The 19th-century room shows agricultural development, and typical rural architecture of barns and bourrines, as well as industrialisation and religious revival of the time. The final part covers the period since the end of World War II, coming up to date with the latest industries.

There is usually also a well-researched temporary exhibition on some aspect of the Vendée’s history or culture.

Want to learn more about the Vendée’s history? Check out our guide to the region: