A Roman villa once stood at Woodchester and, in 1693, the Orpheus Pavement was discovered close to the village –  the largest and most detailed mosaic this side of the Alps. The mosaic, which dates from AD325, is still in situ, buried in a churchyard, but has not been uncovered since 1973, as the village struggled to cope with the hordes of tourists who flocked to look at it. A decision was taken then never to uncover the mosaic again. 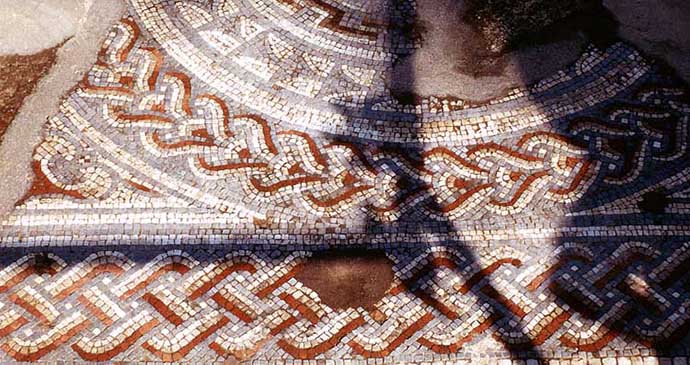 Instead, two local brothers began ten years of painstaking work to create a replica mosaic, containing 1.6 million pieces and measuring 2,200 square feet. In 2010, the replica lost its ‘permanent’ exhibition space and was sold at auction to an anonymous, private buyer. Its whereabouts are sadly now a mystery. It’s a stark possibility therefore that neither the original nor the replica may ever be viewed again, though you can see the intricacy of the pavement from a display at Stroud’s Museum in the Park.

Want to learn more hidden secrets from the Cotswolds? Here’s 10% off the guide: