America’s greatest mountain ranges are the Appalachians (including the Blue Ridge Mountains and the Alleghenies), the Rockies (the second-longest range in the world), and the Sierra Nevada in California. These inspiring landscapes with spectacular views and marvellous wildlife are sometimes challenging places to visit, but they can be seen effortlessly when travelling on these trains.

The Cardinal (New York to Chicago) 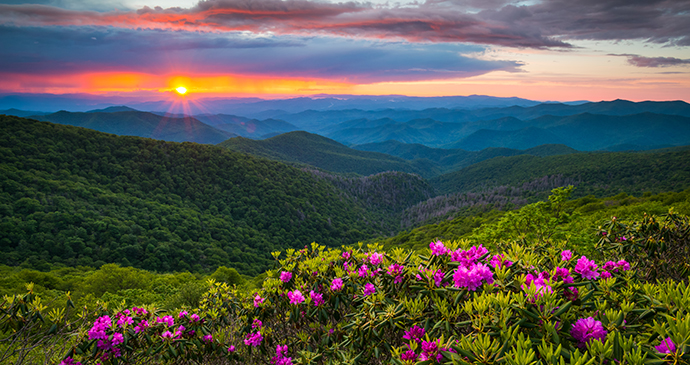 The Cardinal’s 1,147-mile (1,844km) journey takes you through some of America’s finest scenery, going from New York City to Washington, DC, then across Virginia through gently rolling horse country to the Blue Ridge and Allegheny mountains, and Shenandoah Valley and white-water rivers of West Virginia, which can only be seen by train. After rolling along the banks of the Ohio River through the quaint towns of Ashland and Maysville, the train continues to Cincinnati and Indianapolis, home of the Indy 500 motor race. The Cardinal operates over a route formerly used by the Sportsman train and the stately George Washington, the premier passenger service of the Chesapeake & Ohio Railway. The C&O was known as ‘George Washington’s railroad’ as it was descended from a company he founded in 1785.

The Empire Builder (Chicago to Seattle) 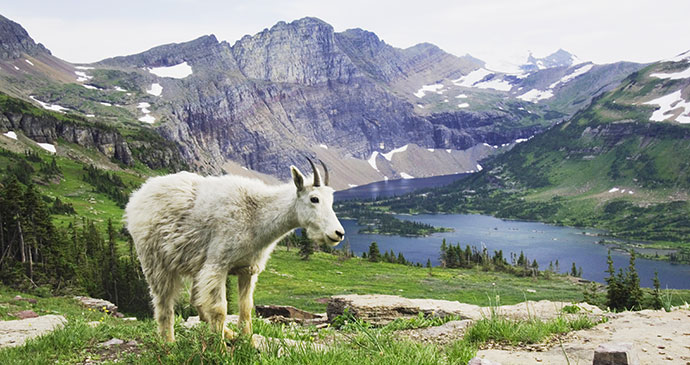 The Empire Builder crosses the Mississippi River and travels more than 2,200 miles (3,500km) past wheat fields, cattle ranges, forests, mountains and glacial lakes. America’s northern plains were mostly wilderness until the freewheeling tycoon James J Hill built his Great Northern Railway between St Paul, Minnesota and Seattle. Amtrak’s Empire Buildertakes its name from the train called after him, which ran on this route during the heyday of rail travel. This journey through awe-inspiring wilderness areas follows in the footsteps of early pioneers, with fine views of the Mississippi River and night skyline of Minneapolis/St Paul. After crossing North Dakota’s plains you skirt the Missouri and reach the Big Sky country of Montana, stopping at Glacier National Park with its rugged mountains and pristine lakes.

The Adirondack (New York to Montreal) 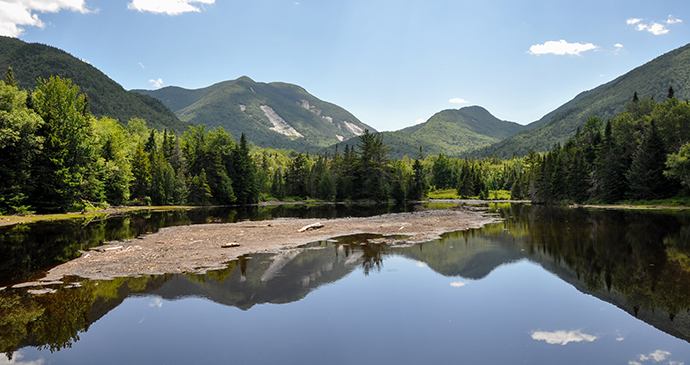 The Adirondack is named after the mountain range it follows © Hugo Brizard – YouGoPhoto, Shutterstock

The Adirondack has been nominated by National Geographic Traveler magazine as one of the world’s ten best rail trips. Leaving New York, it travels through the lush wine country of the Hudson Valley and passes West Point, the nation’s oldest military academy. In picturesque Montreal, the world’s second-largest French-speaking city, you can enjoy sophisticated food, wine and nightlife, see the gorgeous Notre-Dame Basilica, and visit Mount Royal Park for tremendous panoramic views of the city. This daytime journey is particularly wonderful during autumn. 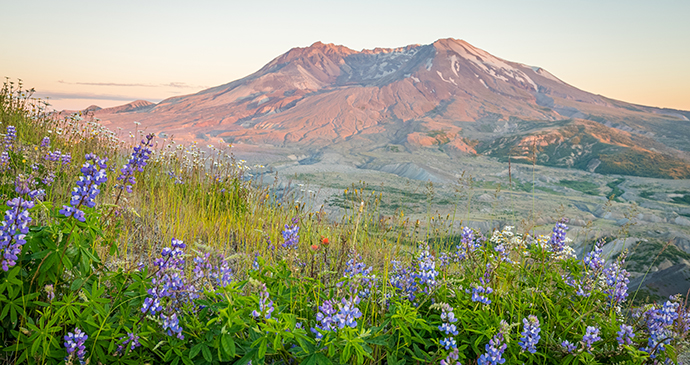 One of Amtrak’s most popular and scenic routes, this is a particular favourite with young people. Not surprisingly, a party atmosphere often develops, starting in the lounge car and spreading throughout the train. On the 35-hour, 1,377-mile (2,216km) journey you can see snow-covered mountains, deep forest valleys and long stretches of Pacific shoreline, with stops at desirable resort towns such as Santa Barbara and San Luis Obispo, from where you can visit Hearst Castle, Orson Welles’s inspiration for Citizen Kane. When travelling south, choose a seat on the right of the train for the best views.

The Rocky Mountaineer (Seattle to Jasper/Calgary) 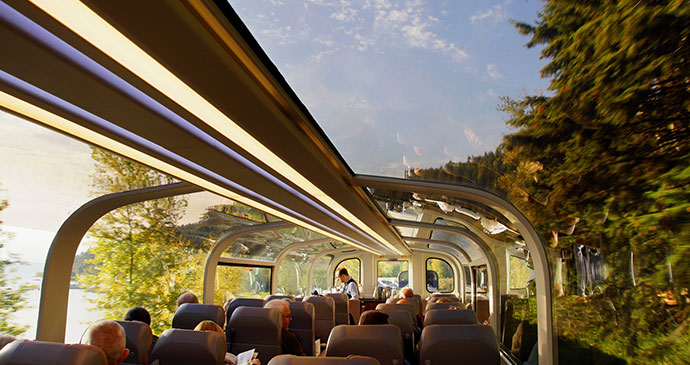 A leisurely, all-daylight 667-mile (1,112km) journey among the mountains and forests of the Canadian Rockies and on to Jasper or Banff and Calgary, Alberta, makes this one of the most spectacular train trips in the world. The service, originally operated by VIA Rail and heavily subsidised by the government, became Rocky Mountaineer in 1990, when the all-daylight journeys were privatised. Under the ownership of Rocky Mountaineer the service has become more popular each year since. It is the largest privately owned passenger rail service in North America, with more than 550 employees. On 12 September 1996, it made the record books by operating the longest passenger train in Canadian history. A total of 37 cars travelled from Vancouver to Kamloops to beat the previous best of 28, set in Regina, Saskatchewan, by the Canadian Pacific’s Dominion in 1965. The record was extended to 41 cars in 1999 and is still standing.

Keen to learn more about the USA’s railways? Check out our comprehensive guide: