The United States is such a huge country that many parts remain largely unseen, including hot, sandy deserts like the Mojave (where Death Valley is the hottest spot in the country), the Sonoran Desert in Arizona, and the Chihuahuan in New Mexico. These beautiful, unspoilt regions may be dangerous to unwary travellers but can be seen in safety and comfort from aboard the following Amtrak trains.

The California Zephyr (Chicago to Emeryville) 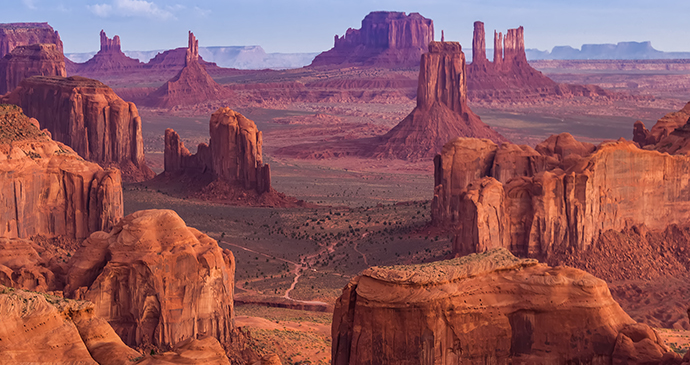 The original California Zephyr streamliner was inaugurated in 1949 on this route, operated collectively by the Chicago, Burlington & Quincy Railroad, Denver & Rio Grande Western Railroad and Western Pacific Railroad. Sold as a ‘cruise train’ to compete on spectacular scenery rather than speed, it had Vista-Dome cars, ‘Zephyrette’ hostesses and coast-to-coast sleeping cars in conjunction with the Pennsylvania Railroad. One of the world’s great trains, Amtrak’s revived California Zephyr travels for two days and nights over farmland, prairie, deserts, rivers and mountains. Western pioneers came this way, as did gold prospectors, the Pony Express and the first long-distance telegraph line.

The Zephyr follows America’s earliest transcontinental rail route for much of its 2,438-mile (3,922km) journey. It starts in Chicago with its impressive architecture then travels across prairies and the spectacular Rocky Mountains to San Francisco, one of the world’s most popular tourist destinations. There are stops in Salt Lake City, home of the Mormons, and Denver, where the sun shines 300 days of the year. 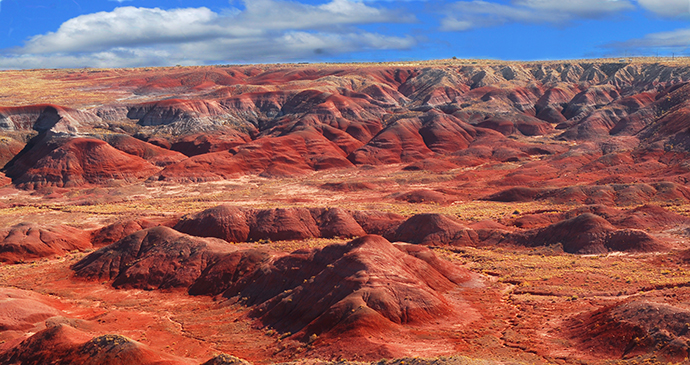 Gallup is the stop-off point for the Painted Desert © David P. Smith, Shutterstock

Amtrak’s fastest trip from Chicago to the Pacific is along part of the Santa Fe Trail first used by Native Americans and Spanish conquistadors, then by mule caravans, wagon trains, stagecoaches and gold prospectors. The train travels 2,265 miles (3,645km) through eight states, passing wheat fields, ranches, missions, pueblos, mountains and deserts. Sometimes the canyons you go through are only a few feet wider than the train. Close by this route are Santa Fe, Taos and the Grand Canyon. The Southwest Chief follows a Santa Fe Railway line which the Super Chief first took in 1937, cutting 15 hours from the time of its predecessor, the Chief. The Chief in turn had succeeded two other luxury trains, the Southwest Limited and the Santa Fe De Luxe. Even as late as the 1970s, Frank Sinatra was inclined to hire a luxury private car to travel with his friends between San Bernadino and Chicago.

The Southwest Chief takes in the grandeur of the American West as you cross the Mississippi River and travel through landscapes with unspoilt views not visible from any highway. From Lamy you can visit the art galleries of Santa Fe and from Flagstaff take a tour of the magnificent Grand Canyon. 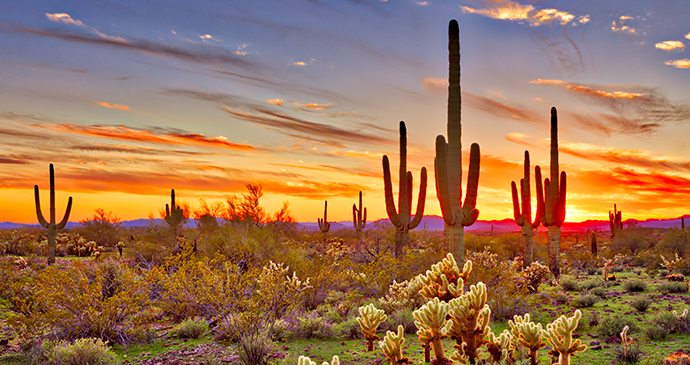 The Sunset Limited used to be the only way to travel almost from coast to coast on a single train, taking three days to make the 2,764-mile (4,472km) journey from Orlando to Los Angeles. Unfortunately, Hurricane Katrina damaged railroad tracks along the Gulf Coast in 2005, since when no passenger trains have run between New Orleans and Orlando. Freight trains have been rolling on this route since 2006 so it’s hoped that Amtrak passenger service will also be restored and Congress authorised a $500,000 study of reinstating the line from the Southern Rail Commission. In the meantime, the Sunset Limited operates between New Orleans and Los Angeles, flirting with the Mexican border and crossing Texas range lands before you see mountains, deserts and the orange groves of California. The original Sunset Limited began in 1895 as a Southern Pacific all-Pullman service, complete with silver finger-bowls, operating between San Francisco and New Orleans. Passengers could continue to New York by steamship. The current shortened route takes two days. 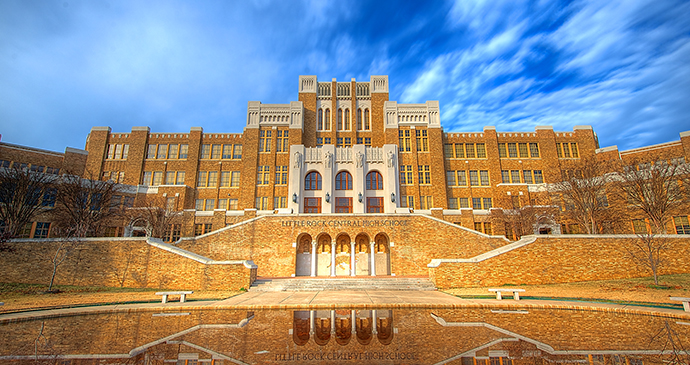 Little Rock is just one of the historic stops along this route © mnapoli, Shutterstock

From Lake Michigan to the Alamo, the Texas Eagle makes a 1,306-mile (2,100km) journey down the centre of America. It travels deep in the heart of Texas, from Austin with its vibrant music scene to St Louis with its Saarinen Arch (twice the height of the Statue of Liberty) and cosmopolitan Dallas. You see the Land of Lincoln, the Mississippi River, the Ozark Mountains and the beautiful pine woods of east Texas. Pine forest and lakes north of Dallas give way to cattle country as you approach San Antonio, where through-coaches to Los Angeles join the Sunset Limited. The Texas Eagle has one of the highest passenger growth rates of all the Amtrak routes. 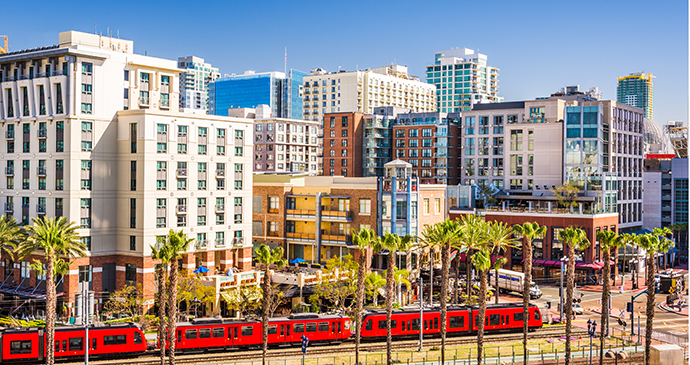 Pacific Surfliner (formerly San Diegan) trains travel one of Amtrak’s busiest routes, serving two major cities and a growing population. Heading along the southern California coast, this journey takes in alluring beaches as well as tourist and cultural attractions such as Disney World and the adobe homes of San Capistrano. In San Diego you can visit outstanding museums housed in Spanish-style buildings in Balboa Park and cross the border into neighbouring Mexico.

Keen to learn more about the USA’s railways? Check out our comprehensive guide: