Anyone interested in churches is spoilt for choice in Malta and Gozo. There are over 350 of them, ranging in age from the little medieval chapel of Ħal Millieri built in the mid 15th century, to cavernous 20th-century constructions. Yet the majority of Malta’s churches, from tiny wayside chapels to lavish cathedrals, were built during the reign of the Catholic Order of St John, the Knights Hospitaller, who ruled here from 1530–1798. A few were built by the order itself, most notably St John’s Co-Cathedral in Valletta, but most were the work of the local diocese and often paid for by public subscription.

Some of the most important churches are geared up for tourists, opening throughout the day. Others open only for worship, usually first thing in the morning and in the early evening. Rural chapels are often kept closed except on special occasions. Visitors are always welcome in Malta’s churches so long as respect is shown for services, and knees and shoulders are covered. Mass times and contact numbers for each parish can be found at thechurchinmalta.org/en. For more on the Anglican Church in Malta, see anglicanmalta.org. 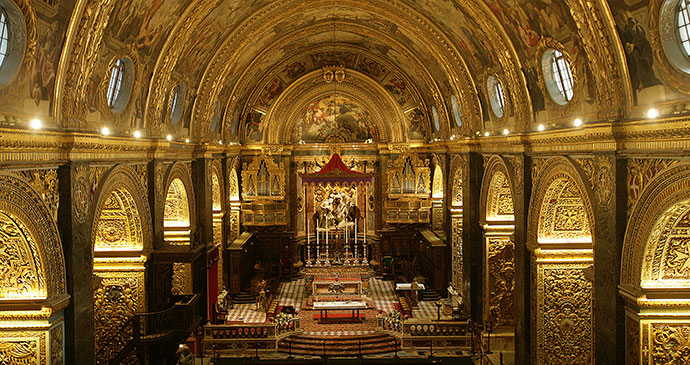 This was the Knights’ church in Valletta © www.viewingmalta.com

This was the order’s church in Valletta, with a chapel for each langue. Begun in 1572 by Girolamo Cassar (a military architect by training), it started life as a large, plain limestone building completed in 1577 and consecrated in 1578. The oratory and sacristy were added in 1604 under Grand Master de Wignacourt, who was also responsible for handing the chapels over to the individual langues to decorate. As Baroque fashion took hold in the second half of the 17th century, the serious aggrandising of the interior began with Italian artist Mattia Preti’s redesigns and his painting of the six-section barrel-vaulted ceiling (1661–66). The Knights continued to lavish artistic attention (and money) on their church and the langues competed for superiority until St John’s became what it is today – the most opulent church you could imagine, every inch covered in gold, paint or marble. In 1816 (after the Knights had left Malta), Pope Pius VII gave the church cathedral status so that the single diocese of Malta had two cathedrals (the other being St Paul’s in Mdina) – hence the term ‘co-cathedral’. 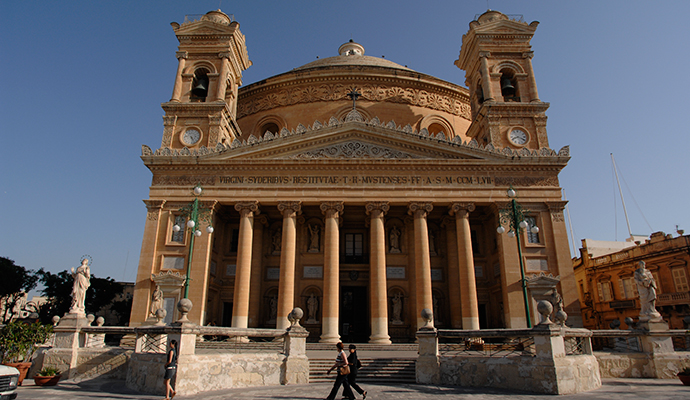 The 19th-century parish Church of Santa Marija Assunta (the Church of the Assumption) is known to all as Mosta Dome or, occasionally, the Rotunda. It dominates the town – and often the skyline of Malta – and is claimed to be the third-largest unsupported church dome in Europe. This all depends on what you measure. The Gozitans insist that theirs (the Xewkija Rotunda, below) is bigger. It is indeed taller, but at 60m across (45m inside), Mosta’s dome is wider. 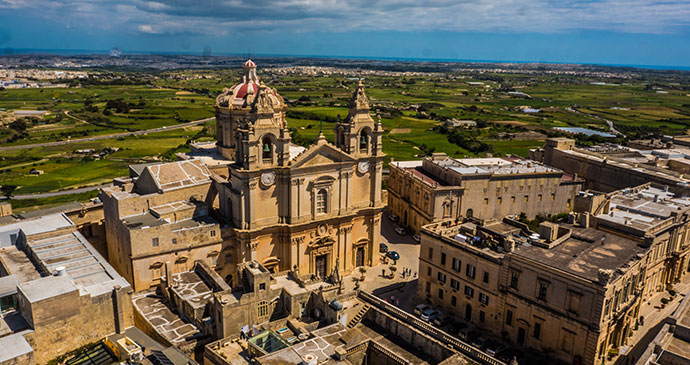 Designed by Lorenzo Gafá, Mdina’s St Paul’s Cathedral was completed in 1702 just before its architect died. The simple façade is set off by two bell towers and two clock faces – one telling the time, the other the date. The interior is the most impressive in Malta after St John’s Co-Cathedral in Valletta. Here too the floor is a rich symphony of coloured marble tombs and memorials – and you can actually see more of them than at St John’s because fewer are covered. 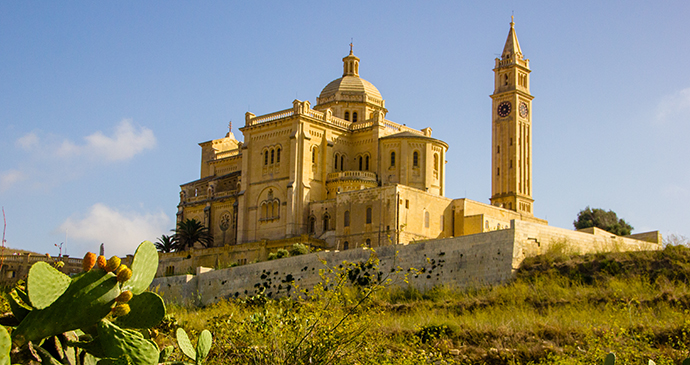 This is Malta’s most famous and favourite shrine © Little Adventures, Shutterstock

The Sanctuary of Ta’ Pinu is Malta’s most important pilgrimage site with a remarkable collection of ex-voto offerings, testament to local belief in the intercession of the Madonna Ta’ Pinu. Pope John Paul II held Mass on its parvis (front terrace) during his visit to Gozo in 1990. 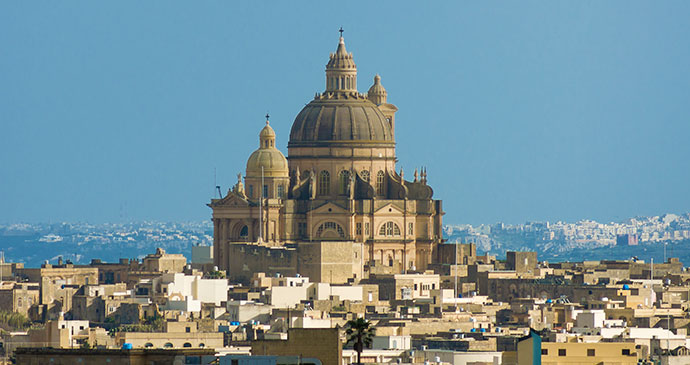 This huge domed church is one of the islands’ most imrpressive © CEphoto, Uwe Aranas, Wikimedia Commons

This huge church vies with Mosta to be the largest dome in Malta and both churches claim to have the third-largest unsupported dome in Europe (after St Peter’s in Rome and St Paul’s in London). For the record, Mosta Dome (above) is wider, Xewkija is taller. The dome here is 27m in external diameter and 75m high and it can be seen from all over Gozo. Information leaflets in several languages are available inside the main door.

Learn more about Malta and Gozo’s impressive churches in our comprehensive guide: