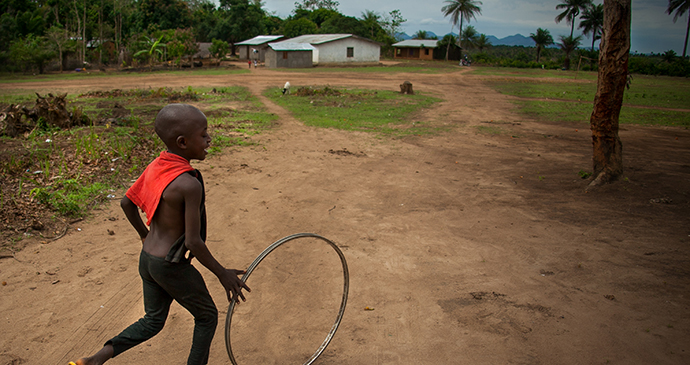 Sierra Leone’s love of life and the determination of its people show a spirit the world should gasp at © robertonencini, Shutterstock

The only thing that matches the horror of the war is the tales of hope, determination and daily bravery that have come out of it. Bambay Sawaneh’s story is one of them. Amid the devastation that persists and the accounts of unfathomable violence, it’s easy to hear, and even easier to believe, that Sierra Leoneans are a peaceful people.

When the 22-year-old farmer came face to face with the man who had ordered rebel fighters to cut off both his forearms three years earlier, he asked a baying crowd not to lynch his attacker.

‘I told the people if they kill him it will not make my hands come back,’ says Sawaneh, who recognised the man during a physiotherapy session to help him use prosthetic limbs in Freetown.

The rebels arrived at his village when he was 15 years old. First they tried to cut off his arms with an axe. But the blade was too blunt to cut through the flesh and bone, so they resorted to using cutlasses – local parlance for machetes.

‘I have forgiven him,’ he says of the man he once swore to kill, wiping sweat from his brow with his left stump after a Bible class in Freetown.

Yet his forgiveness has not come without a price. Sawaneh and hundreds like him still have to live with the stigma of being amputees, a reminder of a dreamlike past most would prefer to forget.

‘People fear you. Children run from you crying; people start winding the car window up when they see you. You can get discouraged. I was always crying … thinking that I’m nothing.’

He contemplated suicide, but his determination to carry on has seen him master his prosthetic limbs. He can now use a hoe, and he has enough mobility in his right stump to open text messages on his mobile phone. He wanted so badly to become a farmer that on attaching wooden sticks to his arms and working on his land for the first time, he was so happy he didn’t even notice the blood pouring from his chafed stumps.

Helped by foreign funding, he started farming chickens in Freetown, selling about 40 eggs a day for Le15,000 (US$3.50). He bought a small plot of land inland at Makeni, where he hopes to keep more chickens and grow crops.

‘I’m excited. It is the one thing that I have achieved,’ he says. ‘When this thing happened to me I didn’t want to mingle with people. Now I have courage. Now I’m actually happy. I know I’m a person and not a nothing.’

Learn more about the inspiring spirit of Sierra Leone with our new guide: