To celebrate Canada’s 150th birthday, the Canadian government has announced free admission to all of the country’s national parks and national historic sites for 2017. Admission will be charged again from 2018. 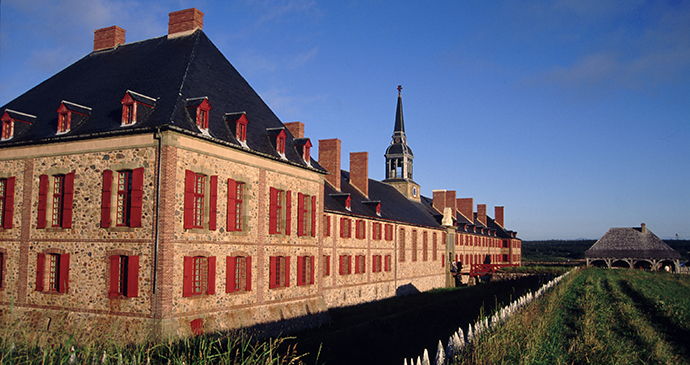 Nova Scotia is very rich in historical sites compared with much of North America. The most important sites include: Halifax Citadel, Port-Royal, Fort Anne, the Alexander Graham Bell National Historic Site, and the Fortress of Louisbourg, among many others. In addition, across the province there are numerous, stunningly located lighthouses plus countless examples of well-preserved Victorian and Georgian architecture. UNESCO World Heritage sites Old Town Lunenburg and the Grand Préregion are also not to be missed. 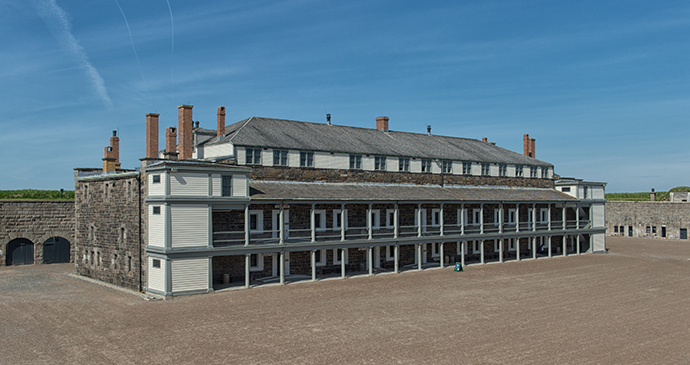 This huge, star-shaped, Vauban-style citadel is Halifax’s main attraction and one of the most visited National Historic Sites in Canada. Built to reduce the threat of a land attack by American forces, the Citadel was one of the largest British fortresses on the American continent, the hilltop setting providing a commanding view of the city and harbour. The first fortifications were constructed in 1749, but the site has undergone many changes since that time. For today’s visitor, there are good audio-visual presentations, moats, barrack rooms, garrison cells, tunnels and ramparts to explore – and plenty of cannons. In summer, students dressed in the uniform of the 78th Highland Regiment enact military drills, marching to a bagpipe band. 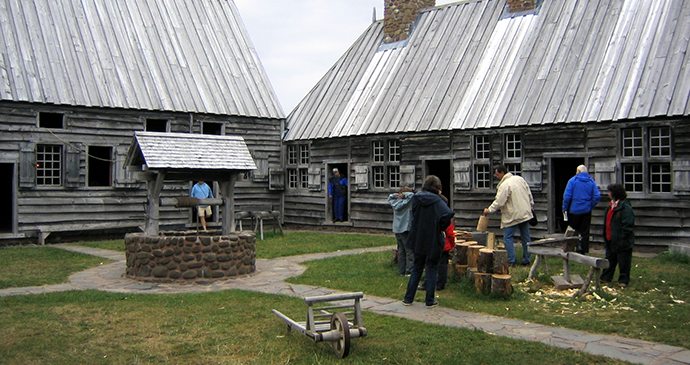 Located 12km from Annapolis Royal, this site offers a fascinating look in to the life of early French settlers in this region, and is one of the most historically important sites in not just Canada, but the whole of North America. Learn more about it in the refurbished Boulay Room and sit in the dining room and try to imagine the chatter and laughter from over four centuries ago. 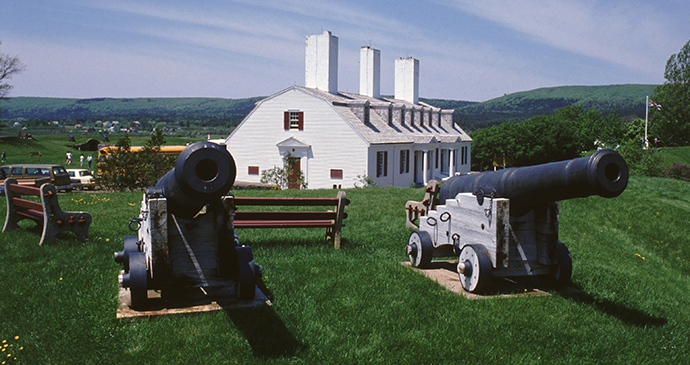 Fort Anne’s earthworks are the best-surviving example of a Vauban fort in North America, and the location is magnificent: expansive grassy ramparts and grounds overlooking the Annapolis Basin lead right down to the water’s edge. Opposite the old parade ground, the distinctive officers’ quarters, built by the British in c1797, houses a museum telling the story through interactive exhibits of the fort and the Acadians in the area. The Heritage Tapestry, depicting four centuries of history and settlement in Annapolis Royal and environs, is also a must-see. Even if you’re not interested in history, come for a wander, the views, a picnic, or just to let the kids roll down the slopes.

Set on a 10ha site with lovely views of the Bras d’Or Lake, this absorbing museum dedicated to Baddeck’s most famous resident contains working models, photographs and multimedia exhibits on flight and much more, and offers programmes for adults and kids. There is also a full-sized replica of the HD-4 hydrofoil; and the award-winning behind-the-scenes ‘White Glove’ tour allows you to touch and feel some of AGB’s personal mementos. Maybe some of his magic will rub off on you! 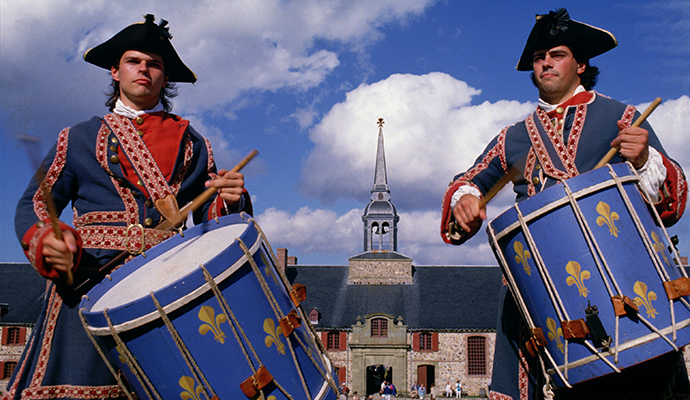 Drummers at the Fortress of Louisbourg © Tourism Nova Scotia

You can’t miss Louisbourg’s pièce de résistance, the largest historical reconstruction in North America. The reconstructed area, covering some 10ha of the huge 6,700ha site, has dozens of buildings to visit and activities to entertain: the many theme centres and exhibits offer insight into a different part of the history and everyday life of the fortress in the 1740s. When everything is up and running, Louisbourg seems alive with men, women and children in costume, only too prepared to interact – in character – with visitors. Observe military exercises and demonstrations of building techniques, nail making, open-hearth cooking and lace making; in July and August fire a cannon or a real musket; or take one of many walking tours available.