At the centre of the Mediterranean, Malta has been much prized – and fought over – down the centuries. Whether you’re curious to explore the caves and wrecks at the multitude of dive sites or immerse yourself in the island’s rich history, a trip to Malta will not disappoint. 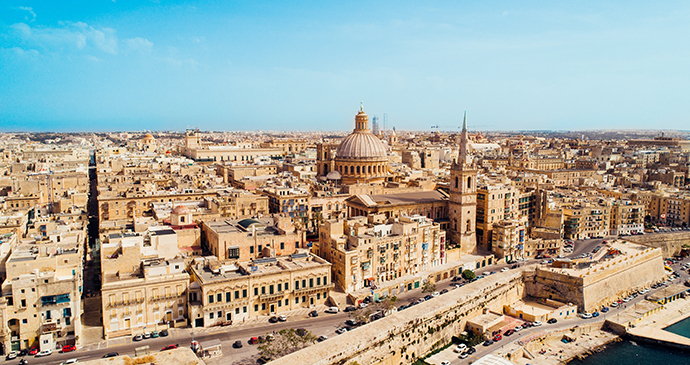 Malta’s tiny capital, built by the Knights of St John, is almost completely surrounded by water. It must be the easiest capital city in the world to explore and is probably the most charming. This UNESCO World Heritage Site and 2018 European Capital of Culture is just 1,000m by 600m and sits on a peninsula surrounded on three sides by the sea and on the fourth by the suburb of Floriana. To see Valletta’s fortifications in their full glory – as they would have been seen by a potential invader – you need to be outside the city. A great way to do this is to view the bastions and harbours is from the water on a tour of the Grand Harbour and the creeks of the Three Cities in a dgħajsa, a traditional harbour boat. 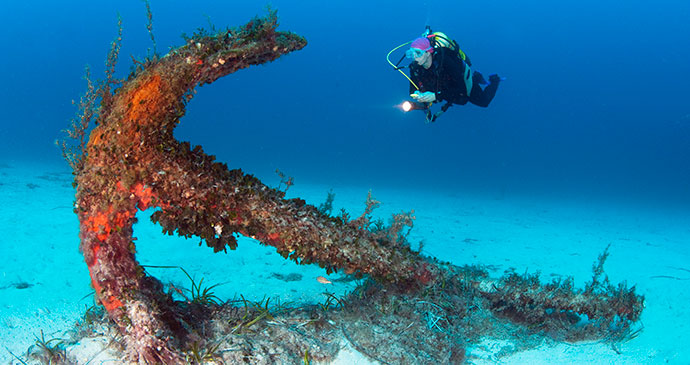 With some of the clearest waters in the Mediterranean, Malta is a great place to snorkel, whether casually off a beach or more formally as an easier alternative to diving. The water is warm in summer and autumn and diveable even in spring and winter; it is known for its clarity, with visibility of up to 30m in undisturbed sea. 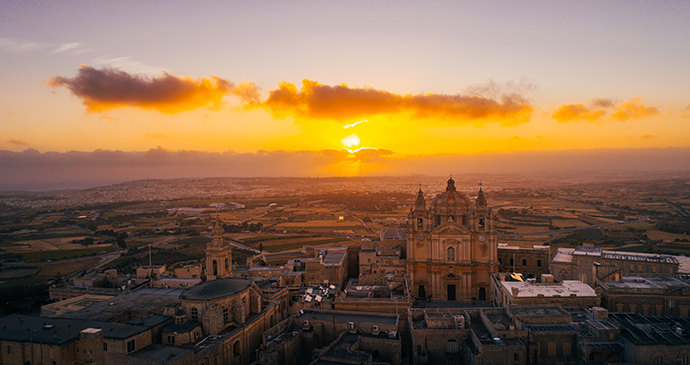 Strategically perched on the edge of a plateau 150m above the surrounding countryside, Mdina is a striking sight as you approach by road © Visit Malta

For anyone interested in fortifications, Malta is a dream destination, with a tremendous concentration of remarkable fortifications in a very small area. Although the name ‘Fortress Malta’ came to prominence only during World War II, it applies equally well from the late 16th century onwards. Malta has four dramatically defended historic capitals: Valletta, a small, fully fortified coastal city; the hilltop Citadels of Mdina (the old capital of Malta) and Gozo; and Birgu, first capital of the ‘Knights of Malta’, divided (along with its neighbours Senglea and Bormla) from the surrounding countryside by a monumental set of defensive walls (the Santa Margarita and Cottonera lines). Add to these the 19th-century wall that runs the full width of the country (the Victoria Lines) and the system of watchtowers and smaller defensive installations that dot the coast and you have a veritable feast of fortifications. 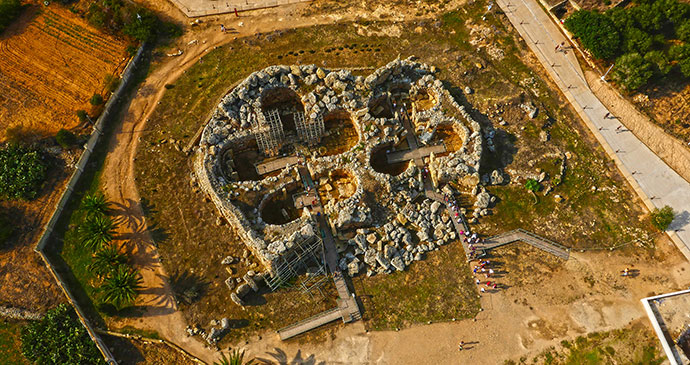 Ġgantija is the oldest of the well-preserved temples, and has the largest megalith © Visit Malta

Malta’s temples are unique. They are some of the oldest stone buildings in the world and exceptionally sophisticated for their time (the 4th and 3rd millennium BC). Despite having UNESCO World Heritage status, the sites were for many years not highly valued in Malta and there was little or no visitor information. This has now changed and continues to change. With help from EU funding, there are now visitor centres at two temple sites: Mnajdra and Ħaġar Qim and Ġgantija. The one at Ġgantija has a particularly good exhibition and museum. Mnajdra and Ħaġar Qim and the Tarxien temples are also now protected by vast canopies keeping off the sun and rain that previously damaged the stone. 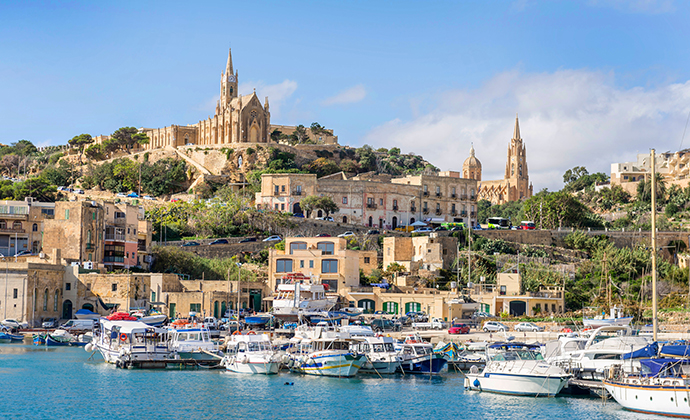 A view over Mgarr on Gozo © Valerija Polakovska, Shutterstock

Gozo is only 7km by 14km and has been largely bypassed by the rush to mass tourism and much of the island is unspoilt. It is made up of small flat-topped hills divided by fertile valleys – green even through most of the summer when Malta goes brown. Wild fennel (with its typical aniseed smell), caper bushes, carob and oleander are common sights along with the omnipresent prickly pear. Church bells ring out over terraces of hillside agriculture and traditional limestone villages, at whose heart is usually an attractive square (sometimes actually a triangle). The square is dominated by an oversized church, often accompanied by a tiny police station marked with a traditional British blue lantern, a red phone box and sometimes an old-fashioned British red letter box built into a yellow limestone wall. Many villages have a café and a village shop on or near the square and you may even see an elderly lady sitting on her doorstep making lace.

Inspired to visit? For more on Malta and Gozo, check out our comprehensive guide: