Ladakh and Zanskar offer adventurous visitors an undeniably varied travel experience. Here you can marvel at rock-cut Buddhas and clifftop gompas, track the elusive ‘Ghost of the Himalaya’ on a snow leopard safari or hike among turquoise alpine lakes, all in a matter of days.

Trek in the Zanskar Valley 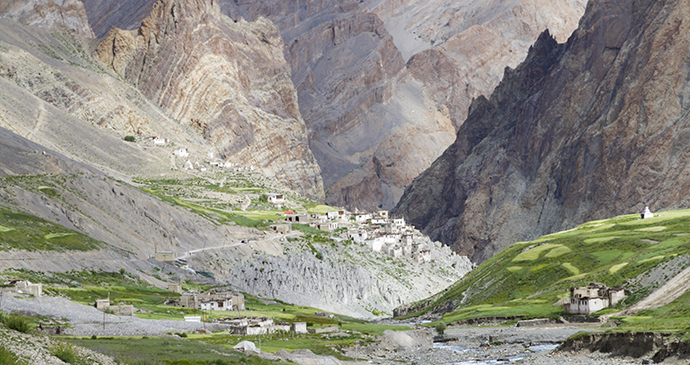 The striking landscapes of the remote Zanskar Valley are a major draw for hikers heading to the region © Darkydoors, Shutterstock

Zanskar is the go-to destination for incredible Himalayan trekking opportunities without the crowds that are usually drawn to more established routes in Ladakh. Options range from shorter day hikes to longer, more remote routes and most hikers base themselves in beautiful Padum, the largest settlement in Zanskar. Come winter, the only way in and out of the valley is by undertaking the Chadar Winter Trek, a six-day hike in sub-zero temperatures along the frozen Zanskar River from appropriately named Chilling to Zangla. The trek started out as a practical means for schoolteachers to get back to Zanskar after their Christmas break, the road from Kargil being closed in winter, but now also draws tourists in search of a tough yet rewarding challenge. To find out more about the best trekking routes Ladakh and Zanskar have to offer, click here. 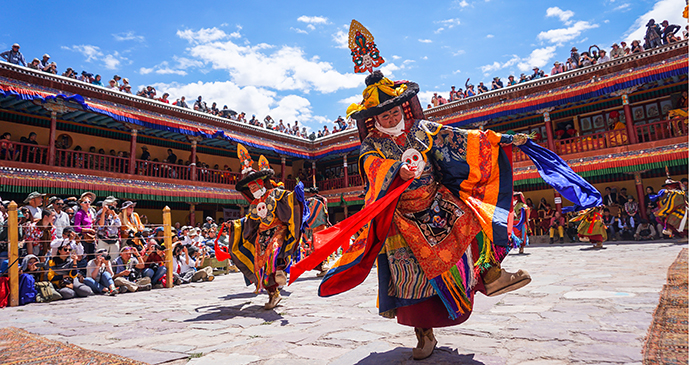 Ladakh, which is also known as Little Tibet because of its religious, cultural and architectural resemblance to Tibet, has prompted the Dalai Lama to state that Ladakh and Zanskar are two places beyond the borders of Tibet where the future of Tibetan Buddhism may thrive. The dramatic Himalayan landscape is peppered with Buddhist gompas and a visit to any one of them provides a rich cultural experience. Some of Ladakh’s most famous monasteries are found in the south of the region: striking Thiksey Gompa with its vast Maitreya Buddha; perennially popular (if overly commercialised) Hemis; and dark Thagthog, the only Nyingmapa monastery in Ladakh. To find out more about the most spectacular monasteries in Ladakh, click here. 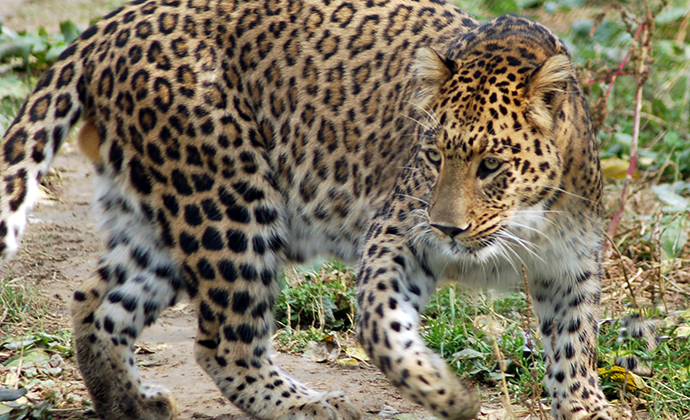 Known as the ‘Ghost of the Himalaya’, the beautiful yet highly elusive snow leopard is the focal point of almost as many myths as the yeti – and until a couple of years ago it was almost as hard to spot. Today, in certain Ladakhi valleys, spying snow leopards is starting to get much easier. In fact, in the past few years snow leopard sightings have become commonplace enough for certain specialist tour companies to start offering snow leopard safaris. Taking place only in the frozen winter months (leopards move lower down the mountains then and are easier to track at this time), these tours have surprisingly good success rates at spotting this elusive creature. One of the original – and best – companies offering such tours is Ancient Tracks, who offer a whole variety of excursions, including ones that take in festivals as well as snow leopard safaris.

Marvel at the Buddhas of Kargil 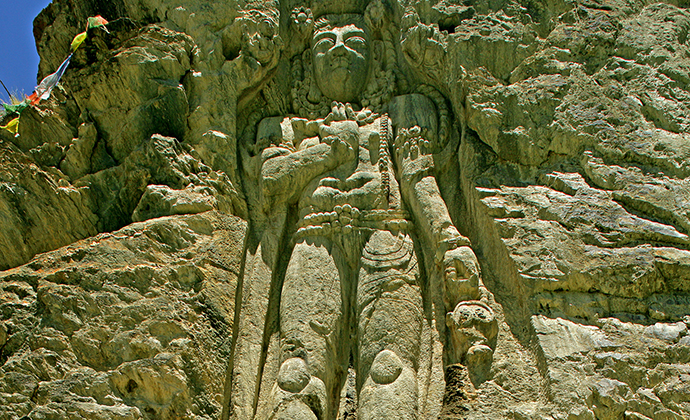 Once a fortified town, Kartse Khar (White Castle) is no more than a village today. The sole surviving feature that tells us of Kartse’s former glory is the 7th- to 8th-century Chamba Buddha, a 7m-tall rock-cut Buddha similar in style and quality to the one in Mulbekh but far less well known. It is thought to have been carved by visiting Buddhist missionaries, and academics believe it was inspired by similar standing Buddha carvings in the Swat Valley (now in Pakistan) and Afghanistan, including the Bamiyan Buddha destroyed by the Taliban. Four other Buddha carvings, including the standing Buddha at Mulbekh, are also found within the district.

Stand on top of the world at Khardung La 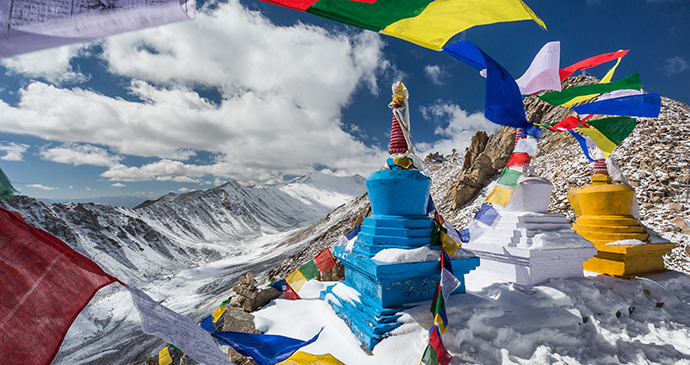 This prayer-flag-strewn shrine adds a splash of colour to the snowy heights of the Khardung La © Zoltan Szabo Photography, Shutterstock

The main draw of the dramatic road leading out of Leh towards the Nubra Valley is the Khardung La, a 5,602m-high pass that (falsely) claims to be the highest motorable road on earth. Despite the artistic license taken by the signs at the top, the pass still reaches an impressive altitude and the principle attraction is the staggering views from either side. Glaciers are currently visible in two places and on a clear day you have a fine view of the peak of Stok Kangri too.

If there’s still air in your lungs you can scramble up to the small prayer-flag-strewn shrine overlooking the road, or browse the souvenir stand. Music and chanting blares out of the loudspeakers, creating a party atmosphere, and of course you need to stop and pose for a picture in front of one of the two road signs declaring the height of the pass. Adrenaline junkies will also relish the thrill of descending from the pass by mountain bike.

Want find out more about Ladakh’s travel highlights? Check out our comprehensive guide: