Stretching for 750km through the mountains of Carinthia, Slovenia and northern Italy, the Alpe-Adria Trail is one of the most exciting and breathtaking hikes in the world. Starting at the foot of Austria’s highest peak, the Grossglockner, it meanders through spectacular mountain scenery, past pristine alpine lakes, wildlife-rich national parks and plunging gorges.

View of the Grossglockner from Kaiser-Franz-Josefs-Höhe 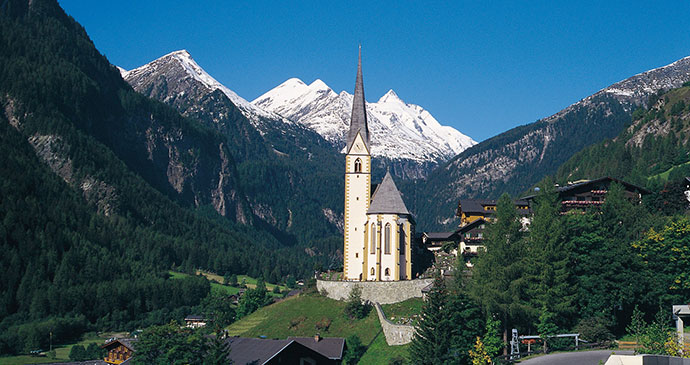 Towering over the border of Carinthia and Tyrol at 3,798m at the head of the Möll Valley, the Grossglockner is a mountain of superlatives – the highest mountain in Austria, the highest peak in the Eastern Alps (that is, east of the Brenner Pass), and spewing the longest glacier in Austria and the Eastern Alps from its eastern flanks. Part of the Glockner group in the Hohe Tauern (High Tauern) range, it has a distinctive double summit divided by a high col, and can be seen from miles away.

The mountains of Nockberge National Park (a UNESCO Biosphere Reserve) 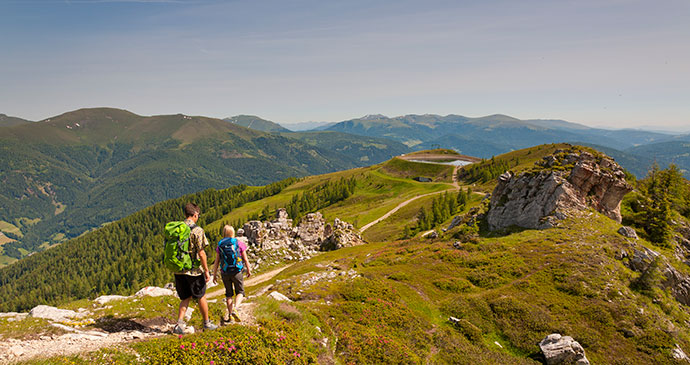 Looking out to the sharp alpine profiles of the Hohe Tauern peaks, the contrast between them and the lower, more rounded peaks of the Nockberge mountains to the NE couldn’t be more apparent. The Nockberge or ‘Nock Mountains’, which form part of the Gurktal Alps and include the Nockberge National Park (a UNESCO Biosphere Reserve, the border of which lies slightly further to the NE on the far side of the valley of the Nöringback), owe their appearance to the presence of a band of dolomite rock, which has been more heavily eroded than the surrounding, more angular ranges. The Nockberge are rich in mineral deposits, and have been mined for centuries, including iron ore, magnesite and garnet. 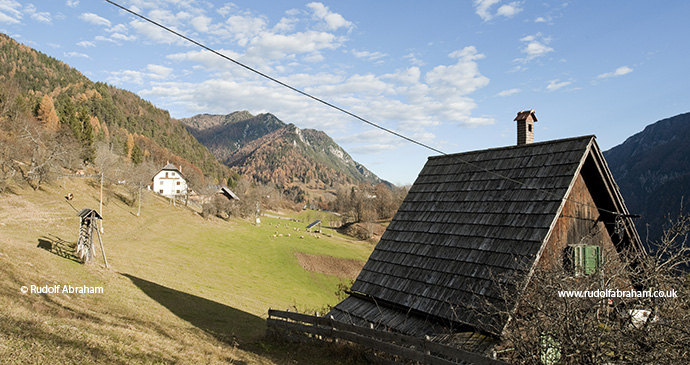 The crossing from Austria to Slovenia is a spectacular route through the Karavanke Mountains, a large part of it along the crest of the border ridge, only a couple of metres wide in places, with jaw-dropping views. 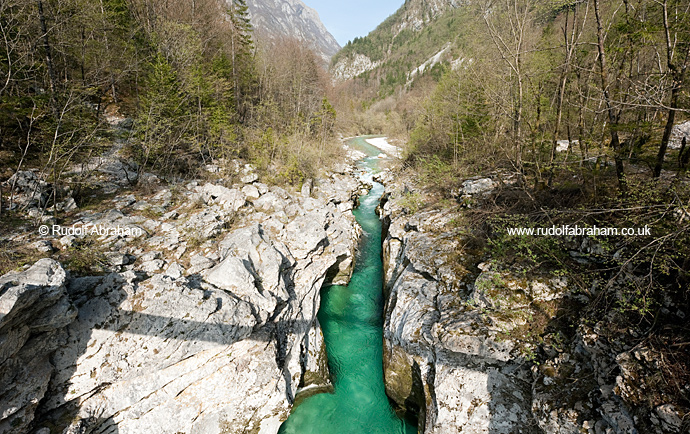 The River Soča (Italian Isonzo) runs for around 138km from its source in the upper Trenta valley, before flowing into the Adriatic near Monfalcone in Italy. There’s a clearly-signposted detour off the route in Stage 23. You can climb down into the narrow gully (the water from the spring flows under the rocks beneath your feet at this point), where you’ll find the source of the Soča in a steep-sided cave (do not attempt to climb down into this!). If you arrive in the middle of the day when the sun is directly overhead, it turns the water in the cave the most intense emerald green imaginable, the light being refracted off the algae on the cave walls beneath the water. The Soča source has been partially explored – there is a subterranean lake below the cave opening. 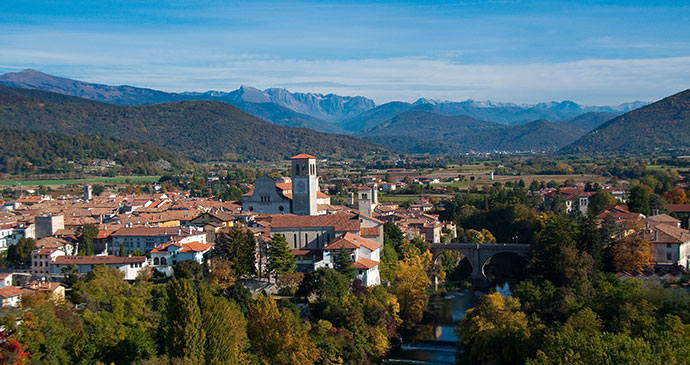 A beautifully preserved medieval city containing a true gem of world architecture, accessed over the River Natisone by a fairytale bridge, Cividale is one of the most fascinating places visited on the AAT. The town was founded by Julius Caesar in 53bc on the site of an earlier Celtic settlement, and originally called Forum Iulii (after its founder, of course). In the 6th century, during the Lombard invasion, it became the first major centre to be occupied by the Lombards in what is now Italy, and was chosen by the ruler Alboin as the first capital of the Lombard Kingdom, later becoming capital of the Lombard Duchy of Friuli. With the arrival of the Franks in 774, and the defeat of the Lombards, it was renamed Civitas Austriae (‘City of the East’) by Charlemagne. Cividale was the seat of the Patriarchs of Aquileia from the 8th century until 1031. In 1420 it was annexed by Venice, then passed to Napoleon when he extinguished the Venetian Republic, and after the Congress of Vienna in 1815 it became part of the Kingdom of Lombardy–Venetia within the Hapsburg empire, and finally part of the Kingdom of Italy in 1866. Cividale was declared a UNESCO World Heritage Site in 2011.