Hannah Stuart-Leach was the very definition of a reluctant solo traveller. In this extract from her contribution to Roam Alone she explains the best way to combat travel anxiety – “feel the fear and do it anyway.” 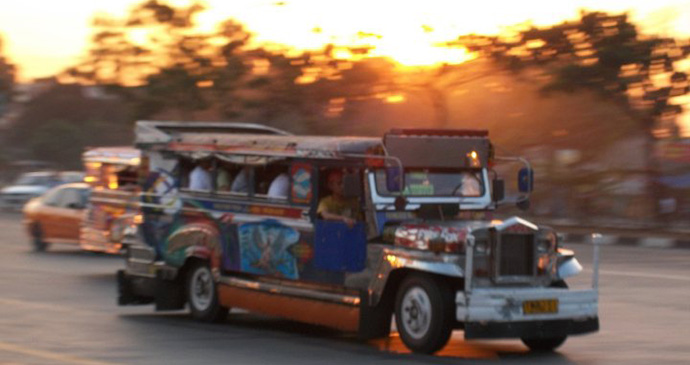 A Jeepney in Manila © Hannah Stuart-Leach

I’ve always been an anxious sort of person. I assumed it had developed over time, but my mother recently assured me that even as a toddler, I was terrified of snow – which means I must have been anxious from day one as it was snowing the day I was born.

Then, as an older child, I would happily sacrifice my own sister if we came face to face with a dog on the way home from school.

I’ve come to accept that worrying is part of who I am. But that doesn’t mean I’m going to let it stop me doing things. In fact, quite the opposite. The only way I’ve found to combat anxiety is – as self-help gurus so carelessly advise – to feel the fear and do it anyway.

This is how nine years ago I found myself ending a comfortable, but not-quite-right, relationship; how I left a stable, but uninspiring, job in London; and how I took a job as an English teacher, on the other side of the world, in South Korea.

I was so terrified at the prospect of the long-haul flight on a Korean airline – which historically suffered a slightly dodgy reputation – that I turned down the free journey, paid for by the school, and booked my own flight. I definitely felt my fears, and they cost me 600 pounds.

Although moving to South Korea sounds like a big step – and it was – it was still a relatively safe set-up. I lived with a great group of American, Canadian and English teachers and each weekend we headed out to explore Korea together. It was like being a student again, and much easier than my almost-adult life in the UK had been. During holidays and in between contracts I even went off to see more of Asia: Thailand, Laos, Cambodia, Indonesia, Taiwan. But I was always with someone else, and could share the stresses of strange lands.

Then one day, a bit fed up and bored during a lunch break at school, I checked my horoscope. ‘Travel, or taking on a new lifestyle or interest, will do you good,’ it said. Pretty standard. But it went on, ‘A change may be required in order to fulfil a dream.’ And then, to my great annoyance, I experienced a familiar nagging feeling in the pit of my stomach – it was time for a new adventure. Except this time, on my own.

I decided on a month-long volunteer programme in the Philippines, as an antidote to the very wealthy hagwon, or private school, I’d been working at in South Korea. It had started to seem a bit much, seeing three-year-old tots coming to school dressed head to toe in Burberry, their little lunchboxes concealed inside leather briefcases, and I wanted to help people less privileged. 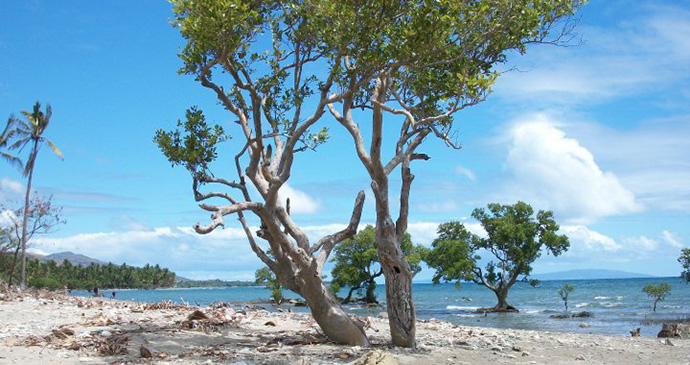 Part of my anxiously inclined mind is determined to catastrophise, however, so the idea of the Philippines, at the time constantly in the news for its plane crashes, boat sinkings and natural disasters, was one big nightmare for me. Maybe subconsciously, that’s why I chose it. I knew it was a challenge. But, like many anxious people, I’m my own worst enemy. I combed the FCO’s travel advice, always overly alarming, and researched all the possible disasters that could occur and every hideous illness I could conceivably contract. Japanese encephalitis was a big one, where your brain oozes out of your ears. Despite the one-in-a-million odds, I wasn’t placated. All it takes is one mosquito bite, and if anyone’s going to get that mosquito bite, it’s bound to be me.

I managed to find a volunteer programme with a craft group, the Payawpao Orchids, who made all sorts of accessories out of recycled paper. With unemployment around 85 per cent in the village, many men left for the cities. Extra income, earned in a flexible way like this, was a lifeline for the women left behind. It was on Tablas, the largest of the Romblon islands, and the only way to reach it was by a twelve-hour overnight ferry. Just the thought made me seasick.

I boarded the ferry like a condemned woman, my heart thudding against my chest, palms clammy and clenched, looking up at the sky and analysing the colour and form of the clouds for signs of a storm.

It was just as chaotic as I’d imagined: women getting on with boxes of roosters, kids running around screaming, people and belongings sprawled all over the deck. To make matters worse, the captain was drunk. After a short time, just as rumblings of a storm started to rock the boat, he passed out on a bench with a can of San Miguel by his side. 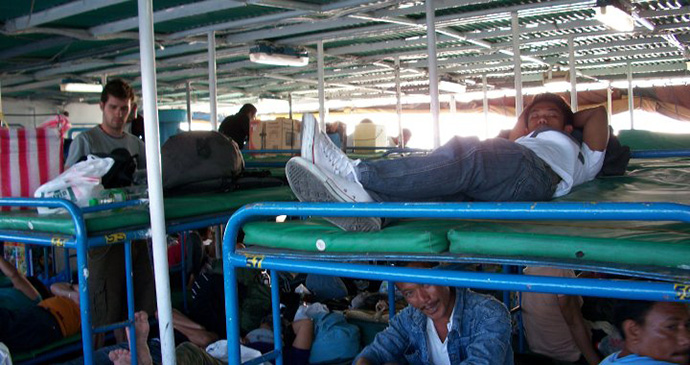 On the ferry to Tablas © Hannah Stuart-Leach

I sat cross-legged on a plastic-covered bunk bed, barely moving or muttering a word. My diary entry from that long, long night on the top deck, half-exposed to the wind and rain, is jittery and rambling. I can still feel the nervous energy just looking at those frantic scrawlings. But there’s also a certain self-awareness: ‘At twenty seven I am finally brave enough to do this kind of thing, I think when I am alone I have more strength. If I’m with other people, I rely on them for reassurance, but alone I can’t do that, and if I am scared, I have no choice but to get on with it… I am coming to accept that I needed this.’

Want to read the rest of Hannah’s story? Get 10% off Roam Alone: Inspiring Tales By Reluctant Solo Travellers here.