Spain is full of strong regional identities, Basque and Catalan, with Galician close behind. Seventeen autonomous communities, welded sometimes reluctantly into one nation – that’s modern Spain. Visitors tick the boxes marked Madrid, Barcelona, the Alhambra, package holidays on the golden costas, sangria, flamenco, bull-fighting. But there’s more, much more. A fragmented history has left remnants of cultures from invaders over the centuries, making all of Spain a delight to explore. Outside the main visitor attractions, there are enough mysteries and surprises to last a lifetime. 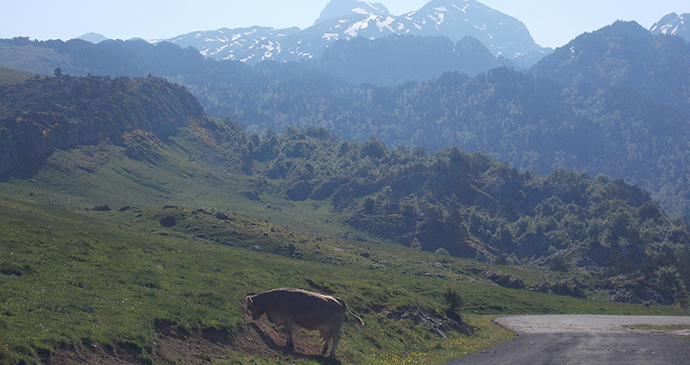 Take Navarre. Its tourist board website still proclaims it as the Reyno de Navarra, unwilling to let you forget that this was indeed one of Europe’s proudest kingdoms. Those times have passed, but this landlocked region south of the Pyrenees has enough regal attractions to merit a lengthy visit.

In the northern valleys, such as Baztan and Bidasoa, the Basque identity and language is arguably even stronger than in San Sebastián or Bilbao. Often caressed by low cloud and wispy, light rain, and deeply forested in parts, these valleys are home to myths and legends that took root in pagan times. You can visit the excellent, thought-provoking witches’ museum and caves in Zugarramurdi, for example, or tag along at a festival where the mysterious joaldunak parade, bedecked in bells, white dresses and woollen coats. 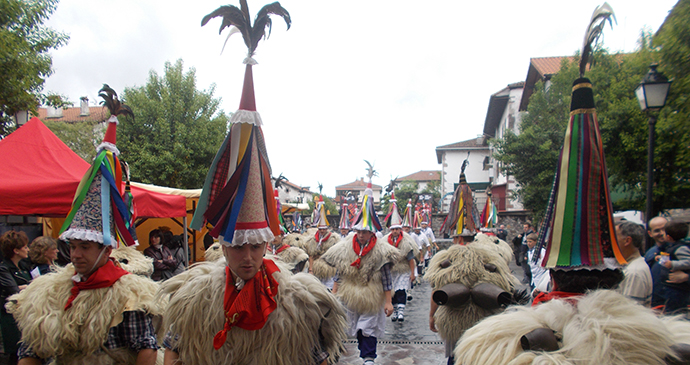 Summer festivals often feature displays of herri kirolak which resemble episodes of the World’s Strongest Man. Imagine wood-chopping, ox-pulling, stone-lifting and you won’t be far away. 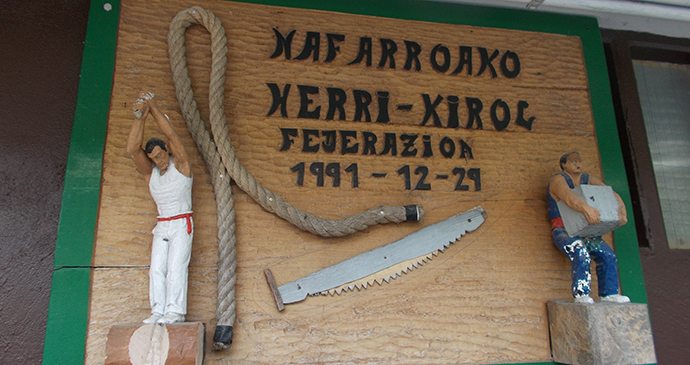 Another Basque peculiarity is the contest between bertsolari, an on-stage, head-to-head face-off between two singers who improvise their lines in response to what the previous singer has just belted out. Each line is provocative, teasing out an equally spicy, personal reply from the rival singer. It’s all sung in Basque, of course, but is fascinating all the same. If you can find someone to translate for you, all the better! Navarre’s Got Talent, anyone? 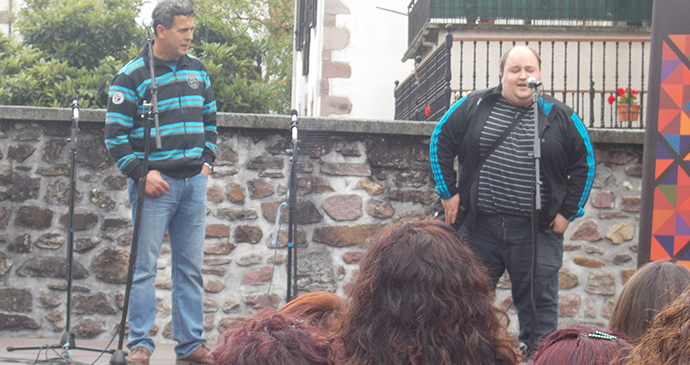 Navarrese bertsolari is much like a competitive sing-off © Murray Stewart

Up in the valleys, full of imposing Basque houses and weather-beaten shepherds, you might reflect that this is how festivals used to be, before online ticketing and corporate sponsorship took control: festivals by locals, for locals.

Further south, nine July days in Pamplona offer a wholly different experience. San Fermín is no longer very saintly, and probably never was, even in the days before Ernest Hemingway propelled its profile onto the world stage. Running with the bulls is now a backpackers’ bucket-list favourite, perhaps a sign that any vestige of authenticity has long since evaporated. Nowadays, the festival is a raucous cacophony, fuelled by alcohol – and hence not always safe, even if you keep your distance from the taurine charge. If that doesn’t scare you, then the ridiculous hotel prices during the festival may do so instead. At other times, the city is a delight with its cathedral museum, green spaces, museums and two bars once haunted by Hemingway himself – try the super-ornate Café Iruña on the main square, or the more modest Café Roch.

Olite is a small town with two visitor draws. Navarre produces some wonderful wines, especially reds, and Olite is the commercial centre for this industry. Several bodegas offer English-language visits and the tourist office cohabits with a wine museum, but even wine plays second fiddle to the swirly turrets of Olite’s palace which justifiably dominates the town’s skyline. In royal times, it housed a zoo, and while the kings, queens (and animals) have long since departed, the visitors have not and they clamber eagerly up towers and along battlements for views out over the countryside. 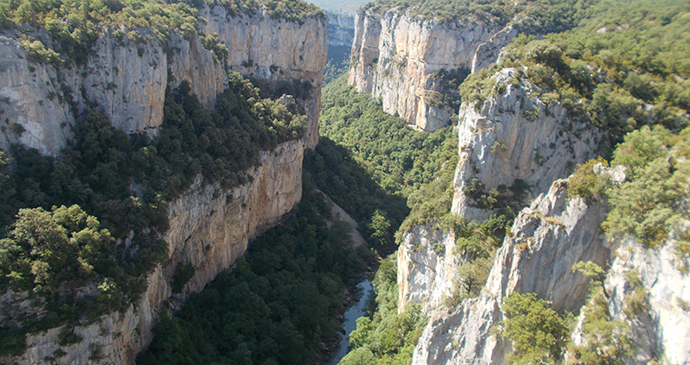 And there’s more, much more, with the spectacular eastern fozes (gorges) of Arbayún and Lumbier providing both photo opportunities and homes for colonies of vultures. Further south again, no visit to Navarre should pass up the chance to marvel at the curiosity of a genuine European semi-desert, the Bardenas Reales. Amidst Arizona-style scenery, the desert provides winter grazing for Pyrenean sheep flocks, driven down in late Autumn during the transhumancia. Birdwatchers will find rich pickings here, too, and the Spanish Air Force use part of the area for target practice! Most curious bedfellows. 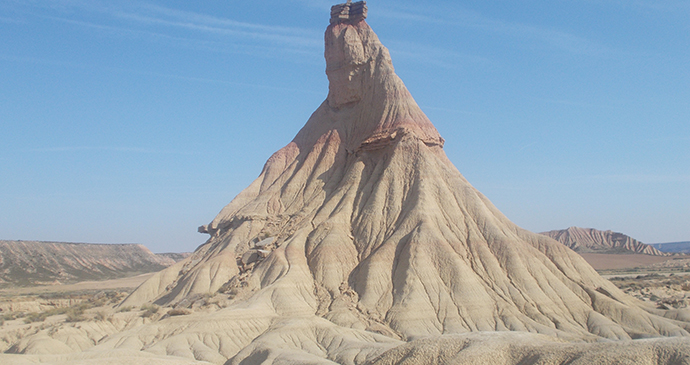 Sparsely populated Navarre will never be top-of-the-picks for visitors to Spain, but for anyone of a curious nature, this unsung region will faithfully deliver. Even if its days of royalty are a thing of the past, Navarre has enough crowning glories to ensure that they will never be forgotten.

Want to learn more about the Basque Country? Check out our guide to the region: