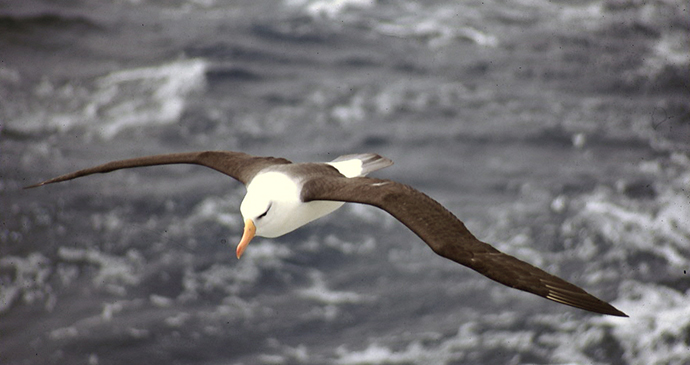 Crossing the Drake Passage from Tierra del Fuego to the Antarctic Peninsula can be something of a Southern Ocean stomach test, but with luck you might have the added bonus of dozens of fin whales. Even if you don’t see these, always it offers a cornucopia of ocean-going seabirds. Once in the open sea there will be black-browed albatrosses, giant petrels and Wilson’s stormpetrels, all keeping station with your ship. With luck, there may even be the greatest of all, the wandering albatross. 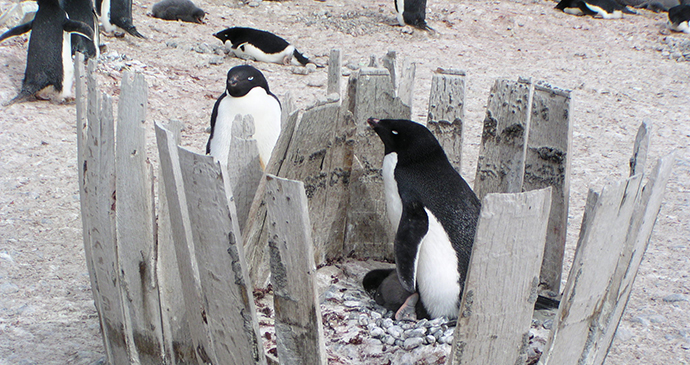 The caldera of Deception provided a sheltered anchorage for the early whalers and a shore-base for the later factory ships. At Whaler’s Bay the catchers have gone but their industrial detritus clutters the beach where blubber was cooked. The remains of unused oil barrels provide convenient compounds for the pebble nests of Adélie penguins. Storm petrels burrow underneath the mound, skuas patrol the beach. Brave visitors enjoy a dip in the volcanic water, where there is sometimes a tideline of cooked krill. 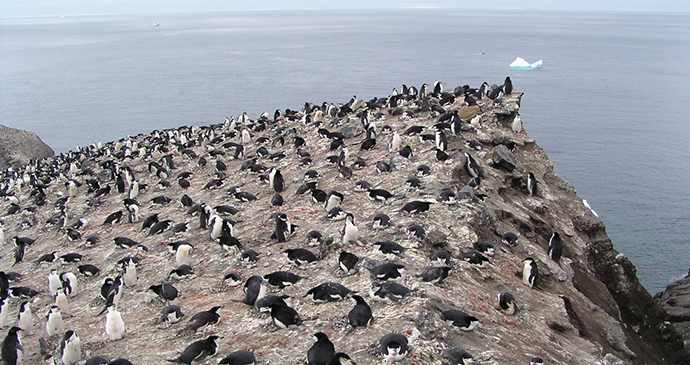 Chinstraps are renowned for being noisy and sociable birds © Tony Soper

One of the most varied and exciting landings in the South Shetlands is on Deception Island. At Baily Head you find yourself climbing a steep hill in company with thousands of chinstrap penguins. Noisy and sociable birds, they will have colonised the highest slopes where they found the earliest ice-free nest sites in the austral spring. 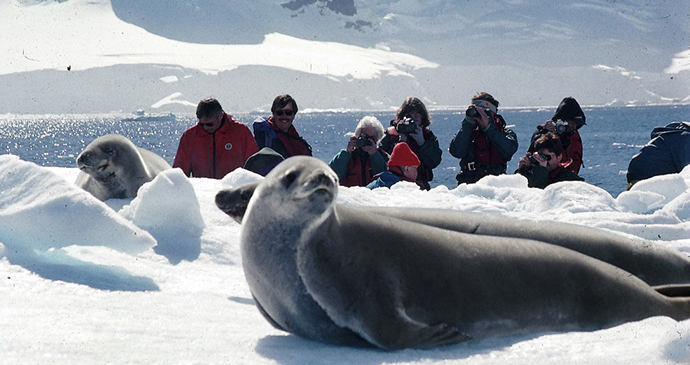 On a zodiac cruise in the sheltered backwater of Pléneau Bay, you may well find yourself face-to-face with crabeater seals. Krill-eaters by inclination, they are always at risk of being rolled off their floe by killer whales. 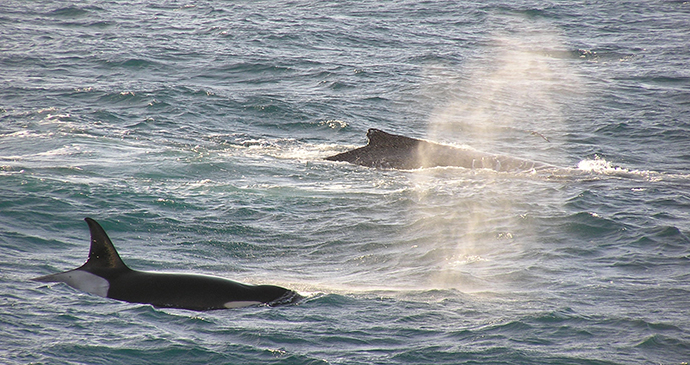 These waters are very much home for humpback and minke whales in the austral summer. Nowadays minkes have learnt the pleasures of close encounters with zodiac parties. Like humpbacks, they are no longer hunted by fishermen but killer whales still regard them as legal prey. 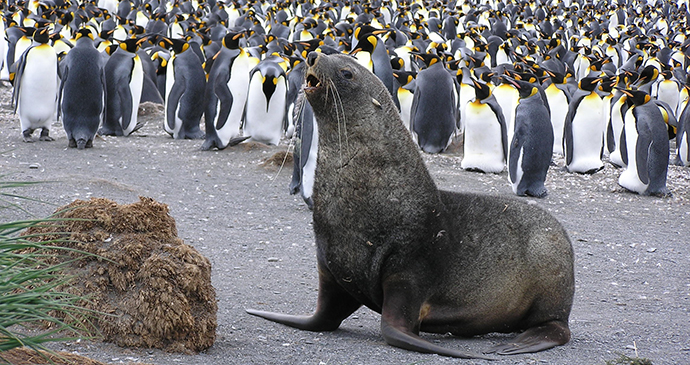 Once on the brink of extinction, populations of fur seals are now thriving © Tony Soper

South Georgia offers the most spectacular scenery and wildlife of the subantarctic islands – the cream of Antarctica, you might say. The fur seals that were once hunted to near-extinction for the value of their skins are now thriving. Aggressive in the early breeding season, they chase unwary visitors and have a fearsome bite. Their pups are frolicsome and equally fearless. 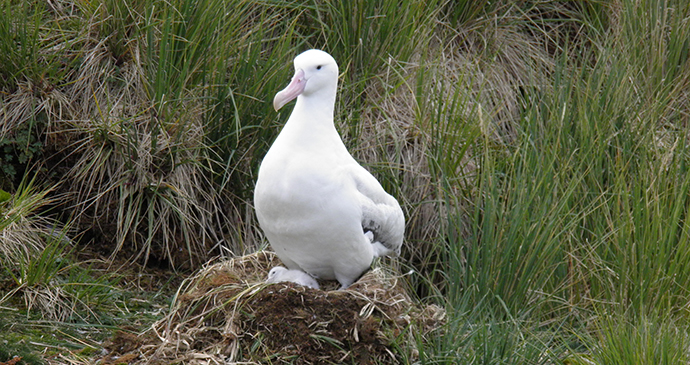 Great albatrosses – the world’s largest birds – come ashore reluctantly to breed. Wanderers lay a single egg that hatches into a fledgling and needs a lot of attention for nine months before it launches off the cliff to roam the westerlies of the Southern Ocean as a master glider and squid-fisher.