In the midst of a book celebrating the spectrum of British wildlife, I hate to confess to something so single-minded, so exclusive, so otherness-rejecting as an obsession. But if there is one animal featured in this book that gets my heart pounding and juices flowing like no other, it is the adder. Britain’s sole venomous snake, a string of diamonds chaining its length and a devilish vertical papercut of a pupil, bewitches me beyond all else. 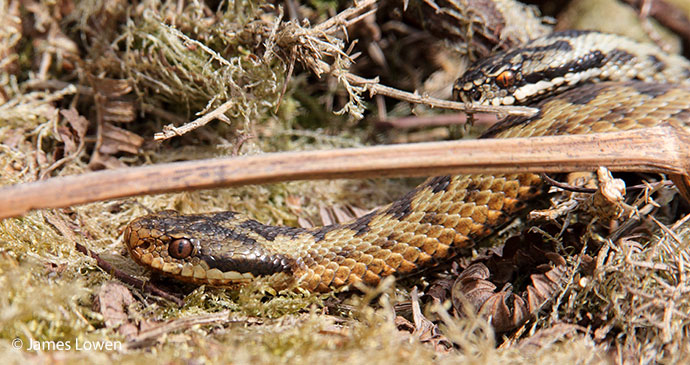 No class of animals evokes more trepidation than snakes, lizards and their compadres. Even that most heinous of human crimes, murder ‘in cold blood’, invokes these ectothermic creatures, which are guilty of no more than an inability to generate their own body heat. Our fear has become manifest in reptilian beasts of lore: dragons duelled with St George and served as guard in Shrek; basilisks slither from Greek mythology to Harry Potter’s chamber of secrets. That reptiles rarely command good press is fundamental to the attraction. I never tire of watching adders bask, writhe or slither across the ground in front of me: on my 42nd birthday, I saw 42 across two local sites. 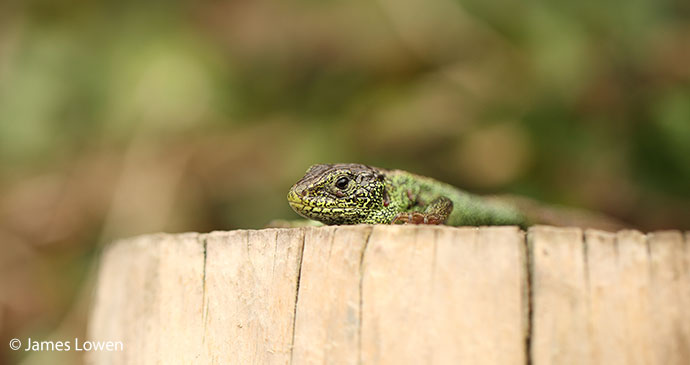 I see Britain’s two other native snakes much less frequently. Grass snakes are common for sure, but are harder to predict. You are likely to bump into one somewhere during your summer of wildlife, but where is a hard question to answer. Smooth snakes are the ultimate, of course; a true rarity in Britain. Instead, in this book, I offer you Britain’s clandestine fourth serpent: Aesculapian snake, the Camden creature that sneaks along the banks of London’s Regent’s Canal. 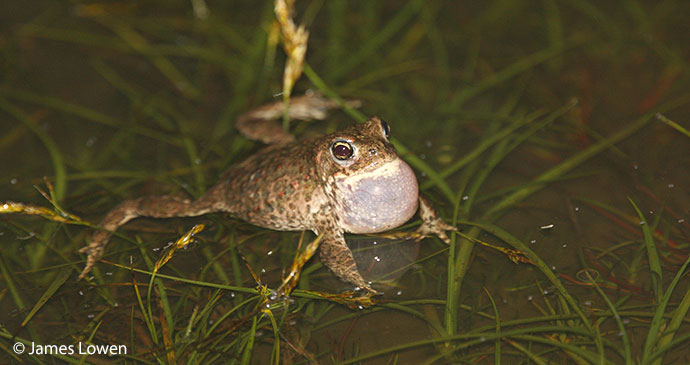 Our lizards feature prominently on summer days out. Common lizards at several sites, the gloriously green sand lizards at a couple, and even the potentially indigenous common wall lizard at one location. Amphibians appear too, but sporadically. To be frank, summer is sub-optimal for seeing creatures that breathe through their skin. The breeding season for common frog and common toad, and for all three newts, is over. Fortunately, however, that for our most local amphibian – natterjack toad – is in its full throes, and the churring of a choir of males is a perfect end to selected summer evenings.

Find our more about Britain’s reptiles in A Summer of British Wildlife.