The historical circuit through the northerly federal regions of Amhara and Tigray has long formed the mainstay of Ethiopia’s tourist industry. Traditionally, travel in this scenic highland area has pivoted on four main urban centres: the modern Amhara capital of Bahir Dar on the southern shore of Lake Tana, and a trio of former imperial capitals comprising ancient Axum and its towering engraved stelae, medieval Lalibela and its atmospheric complex of 13 rock-hewn churches, and post-Renaissance Gondar and its magnificent stone castles. 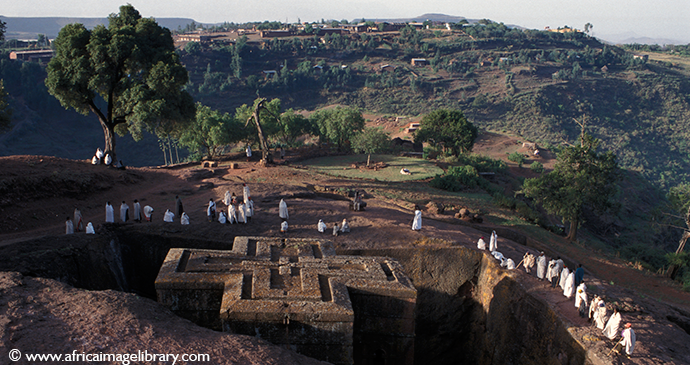 Over recent years, however, striking improvements in the regional road network and standard of tourist amenities have encouraged the emergence of several new tourist hubs, most notably the stunning Simien Mountains National Park north of Gondar, the lovely rock-hewn churches of Gheralta, and the volcano-studded Danakil Desert in the Afar Depression east of the Tigrayan capital, Mekele. And yet the northern circuit remains genuinely rich in off-the-beaten-track possibilities, ranging from the wildlife-rich Afroalpine moorland of the Guassa Plateau and Abune Yoseph to the colourful livestock market at Bati, the 2,800-year-old pre-Axumite temples at Yeha and Ado Akaweh, and any number of beautifully decorated ancient churches. 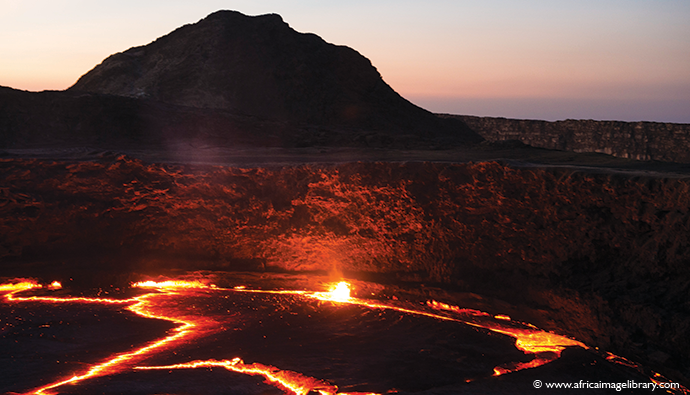 The legendary ‘Smoking Mountain’ of the Danakil, the utterly spectacular Erta Ale is an active shield volcano that contains the world’s oldest semi-permanent lava lake.

A UNESCO biosphere reserve renowned for its varied and plentiful birdlife, Lake Tana is also home to more than a dozen colourfully painted monasteries set on remote forested peninsulas and islands such as Zege and Dek. 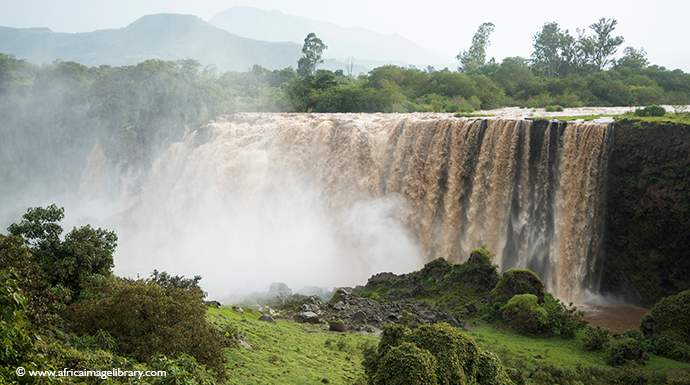 The Blue Nile plunges over a 45m-high rock face to form one of Africa’s most spectacular waterfalls © Ariadne Van Zandbergen, Africa Image Library

This sensational waterfall an hour’s drive south of Bahir Dar is a must-visit in the rainy season, but it frequently disappoints at other times of year, when most of the river’s flow is diverted to drive a neighbouring hydro-electric generator. 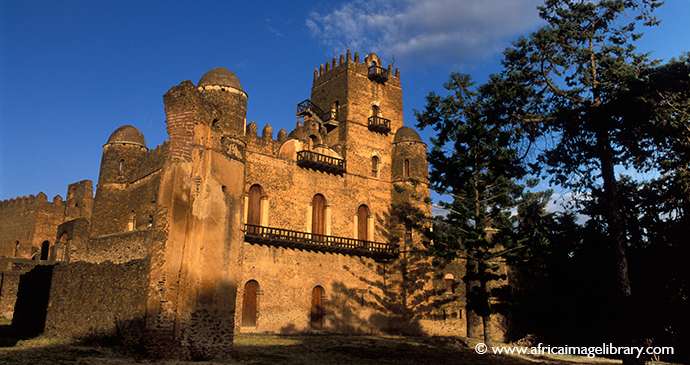 The so-called Camelot of Ethiopia served as the imperial capital for almost 300 years and is noted for its impressive 16th-century castles, as well as the beautifully painted Church of Debre Berhan Selassie. 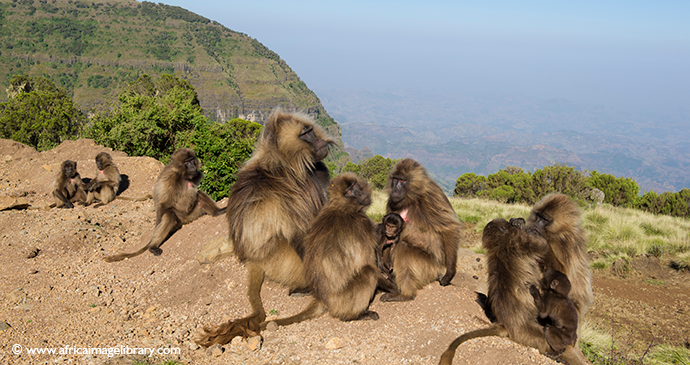 This staggeringly scenic massif – the fifth highest in Africa – is home to the country’s main concentrations of the endemic gelada monkeys and Walia ibex. Traditionally the preserve of hardened hikers, it now also forms a feasible goal for an overnight trip out of Gondar. 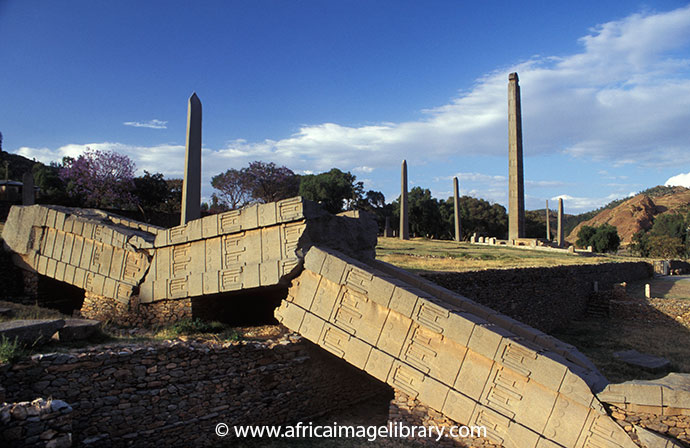 The former capital of the ancient Axumite Empire – legendarily home to both the Queen of Sheba and the Ark of the Covenant – is best known for the engraved obelisks (stelae) that tower over its horizon, but there’s plenty else to see here, including ruined palaces, trilingual tablets recounting events that took place 2,000 years ago, and some of the oldest churches in Ethiopia.

The easiest religious festival to slot into a casual itinerary, the atmospheric Mehelela takes place before sunrise in Axum almost 100 times annually (on the first seven days of each of the Ethiopian months) and follows the route used by Menelik I when, reputedly, he first brought the Ark of the Covenant to Ethiopia 3,000 years ago.

The enigmatic and half-understood nature of Axum’s distant past is amplified by a visit to this extraordinary 2,700-year-old pre-Axumite temple – as tall as a five-storey building – dedicated to the mysterious Sabaean deity known as Almaqah. 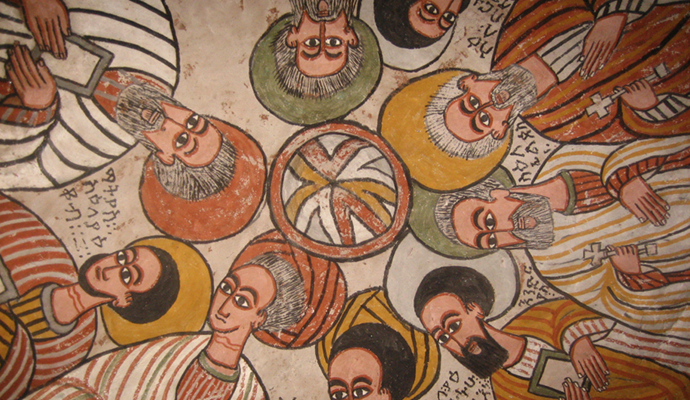 The frescoes here are on the same scale as their more famous counterparts in Lalibela © obarder, Wikimedia Commons

Older than their counterparts at Lalibela, and generally more isolated and remote, the cluster of rock-hewn churches carved into the sandstone cliffs and outcrops of Gheralta are remarkable for their starkly beautiful surrounds, wealth of old paintings and almost biblical atmosphere.