We chat to Oscar Scafidi, author of our new Equatorial Guinea guidebook, about his upcoming expedition along Angola’s longest river.

What is your plan exactly?

Beginning on 3 June 2016, my friend Alfy Weston and I will attempt the first independent source-to-mouth expedition along the Kwanza River in Angola. We’ll use a 40-year-old foldable wooden kayak that we will paddle and carry along the 1,100km journey. The trip will retrace some of the steps of 16th-century English explorer Andrew Battel and record information on wildlife and human activity along the remote stretches of the river. We are raising funds for The HALO Trust, an organisation specialising in the removal of the debris of war, such as land mines. Should we be successful, this journey will also set a new Guinness World Record, which is a great added bonus! 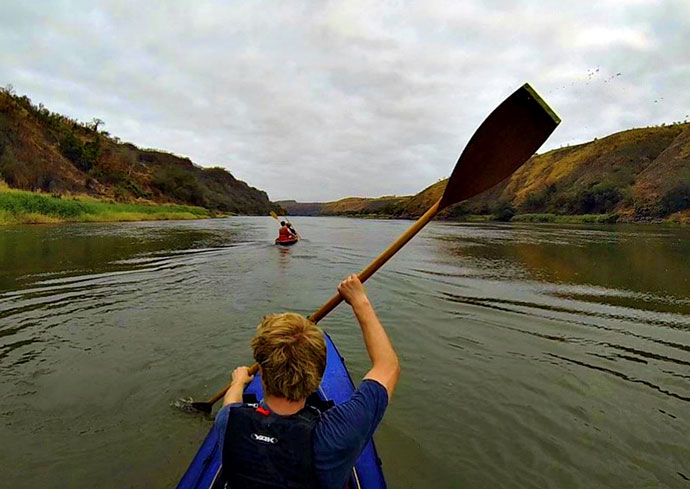 Alfy Weston and his brothers, during their October 2014 kayak journey in Angola

How did you come up with the idea for this expedition?

I think Alfy has to take the blame for this one! He is a keen outdoorsman, and is always coming up with new and exciting ways of exploring Angola. I remember once in June 2014 he suggested that we walk the length of Mussulo, a 40km sand spit that juts into the Atlantic Ocean in front of Luanda. In October 2014, Alfy also kayaked with his brothers from Dondo to Luanda, which involved paddling 220km of the Kwanza River and 80km along the Atlantic coast. So I suppose this journey is a culmination of these previous trips, and also one last chance to experience the Angolan wilderness before he relocates to another country for work.

Why did you choose The HALO Trust as the beneficiary?

In 2012 I travelled all over Angola to write the second edition of the Bradt Travel Guide to Angola. I had to visit all 18 provinces, and during my time in Bié and Cuando Cubango I was able to see for myself what a huge problem land mines cause for the local communities. It was then that I decided that it was important to support charities working on landmine removal in Angola. I was particularly interested in helping The HALO Trust as it works in Cuando Cubango, one of the most landmine-affected provinces in the whole country. Also, after all the help they gave me back in 2012 when I was doing my research, I though I should repay HALO’s favour by trying to raise some money for their work. 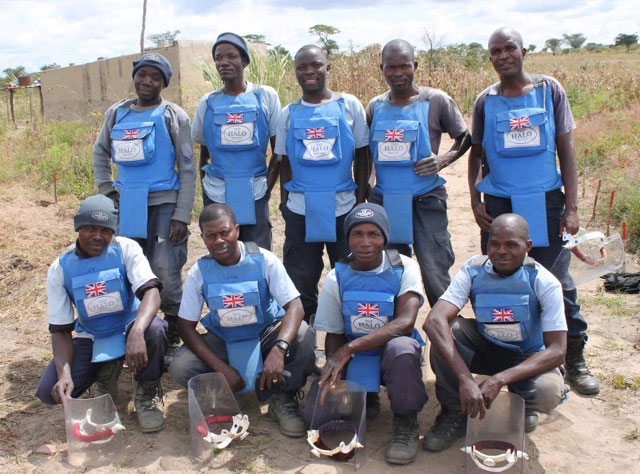 A demining team from The HALO Trust working in Cuito Cuanavale, southern Angola

What will the money you raise be spent on?

We hope to raise US$10,000, which will pay for a nine-man demining team to work in Cuito Cuanavale (Cuando Cubango Province) for a month, leading to the clearance of around 4,000m² of minefields. 100% of all donations will be given to The HALO Trust to help with their work in Angola. We will not spend any of the donated money on travel expenses, marketing or administration.

How have you been preparing?

I am currently based in London, whereas Alfy is in Luanda, so our preparation up to this point has been a little different! I have been kayaking on the River Thames, as well as doing some white-water safety training sessions at Lee Valley, which was the site of the London 2012 Olympic white-water events. Alfy has had the benefit of direct access to the Kwanza, so he has both kayaked and hiked a number of the sections we will be tackling in June. He has also had the fun job of working out how exactly we transport a 55kg collapsible Klepper kayak along the 200km section of river that is not navigable. 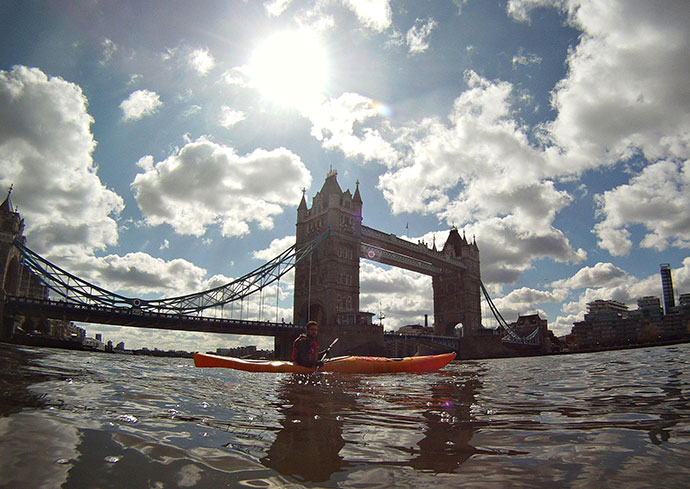 What is your biggest concern?

Safety is the number one priority. Our main aim is to finish the 1,100km journey safely. To this end we have spoken to a number of experts who have worked in this type of environment, including the in The National Geographic Okavango Wilderness Project, who have explored over 1,500 miles of river systems in southern Africa. The main concern in the early stretches is hippos, who can be very aggressive and territorial if surprised. The logistics of accessing medical assistance in such remote locations have also been a challenge, and we are very grateful for the support of the Bié Provincial Authorities as well as International SOS in this regard. Although hippos and crocodiles sound a lot more exciting, I think statistically the biggest risk to the trip is of one of us contracting malaria or another insect-borne disease, so we have to avoid bites wherever possible and be sure to take our anti-malarials! 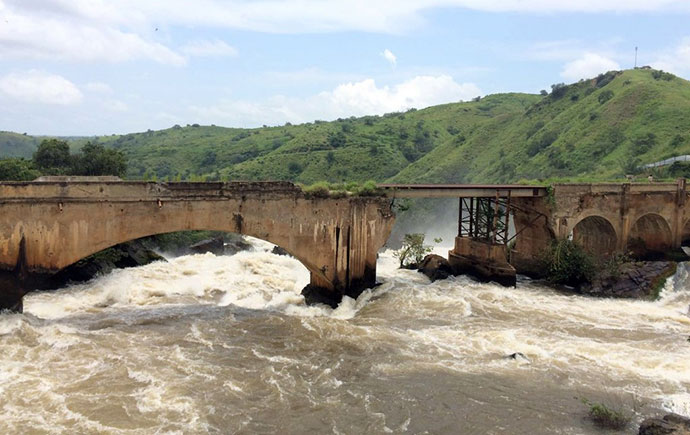 One of the 200km of river that we will have to trek around, rather than kayak!

How will you document your journey?

We have a solar-panel charging system, meaning that we can take electronics with us. We will be filming the journey using a number of cameras, including a waterproof GoPro and even an aerial drone! Hopefully this footage will inspire more people to take an interest in this part of the world, and perhaps even help to drive tourism growth in Angola. People can even follow our progress live on an interactive GPS map.

How can people get involved?

The best way to support The HALO Trust is to make a donation online, via our JustGiving page. Also, you can help to spread the word about our expedition by following us on Twitter, sharing our content on Facebook and reading our blog posts. Any help would be much appreciated!