From the parched Kalahari to the snaking waterways and wildlife-rich islands of the Okavango Delta and the eerie Makgadikgadi salt pans, northern Botswana’s vast natural wilderness is remarkable in its sheer variety. These landscapes are populated by herds of elephant and buffalo, predators such as lion and leopard, and endangered species including wild dog and white rhino. Drift through lily-strewn waters in a mokoro, observe big game up close in extensive private reserves and embark on a walking safari with an expert guide.

Explore the wonders of the Chobe National Park 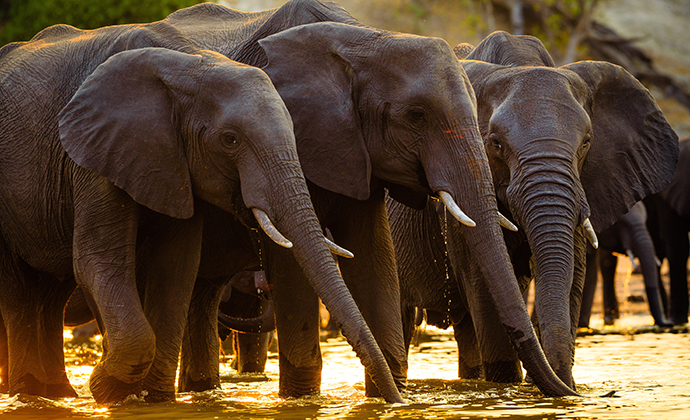 Chobe National Park takes its name from the Chobe River, which forms its northern boundary, and protects about 10,700km² of the northern Kalahari. Its vegetation varies from the lush floodplains beside the Chobe River to the scorched area around the Ghoha Hills, dense forests of cathedral mopane to endless kilometres of mixed, broadleaf woodlands. And then there’s the beauty of the newly flowing Savuti Marsh. This is classic big-game country, where herds of buffalo and elephant attain legendary proportions, matched only by some exceptionally large prides of lion. 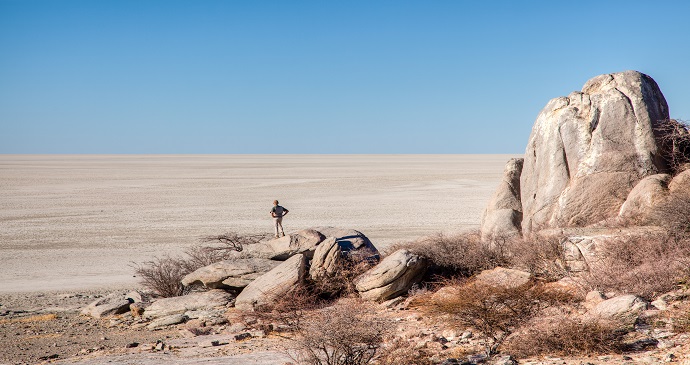 The Makgadikgadi Pans can be explored on foot, by 4×4 or on quadbike © Jandrie Lombard, Shutterstock

These are amongst the largest salt pans in the world and but can be explored on foot, by 4×4 or on quadbikes. But with few landmarks. you’re left to use the flat, distant horizon as your only line of reference – and even that dissolves into a haze of shimmering mirages in the heat of the afternoon sun. During the rains this desolate area comes to life, with huge migrating herds of zebra, wildebeest, and occasionally (if the pans fill with water) pelicans and millions of flamingos. A couple of odd outcrops of isolated rock in and around the pans add to their sense of mystery, as well as providing excellent vantage points from which to view the endless expanse of silver, grey and blue. 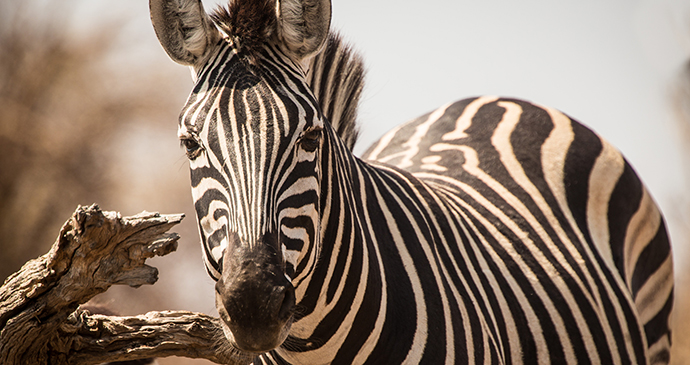 The ecosystems of Moremi Reserve are amongst the richest and most diverse in Africa. Thanks to generally effective protection over the years, they have also been relatively undisturbed by man. Now with wildlife tourism thriving around the park as well as in the private concessions, we can be really optimistic about its future. Elephant and buffalo occur here year-round in large numbers, and you’re likely to see blue wildebeest, Burchell’s zebra, impala, kudu, tsessebe, red lechwe, waterbuck, reedbuck, giraffe, common duiker, bushbuck, steenbok, warthog, baboon and vervet monkey throughout the park. Eland, sable and roan antelope also range across the park but are less common, as they are elsewhere in Africa. Sitatunga live deep in the swamps.

Explore the hidden treasures of the Kalahari Salt Pans

The great salt pans lie in the heart of the northern Kalahari, forming an area of empty horizons into which the blinding white expanse of the pans disappears in a shimmering heat-haze. In winter, dust devils whirl across the open plains; in summer many become undulating seas of grasses beneath the turbulence of the stormy skies. It is a harsh, spare landscape, not to everybody’s taste, but it offers an isolation as complete as anywhere in southern Africa, and a wealth of hidden treasures for those prepared to make the effort – including Stone Age ruins and prehistoric beaches. 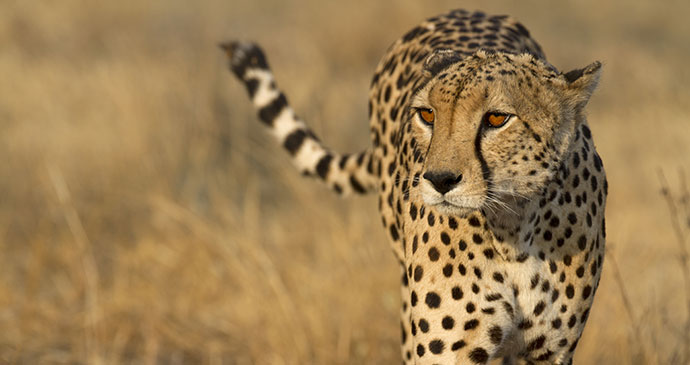 The wildlife here is rich, but highly seasonal and nomadic © Papa Bravo, Shuttershock

The wildlife is rich, but highly seasonal and nomadic. At times you’ll find great concentrations of plains game, with all their attendant predators, and, in good years, spectacular breeding colonies of flamingos crowd the shallow waters of Sua Pan. At other times the stage seems empty. But even then, there is always a cast of smaller Kalahari residents behind the scenes – from coursers and korhaans to mongooses and mole-rats. 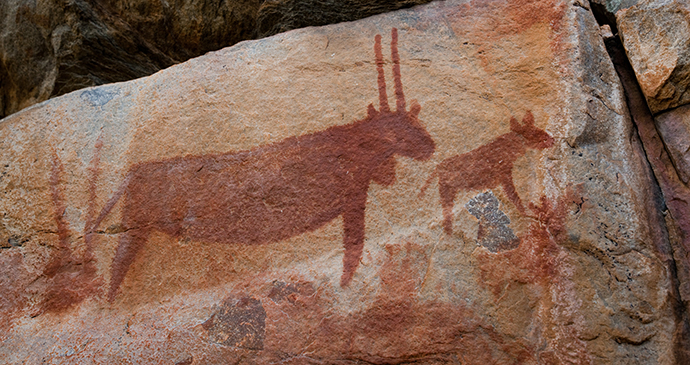 Held sacred by the San, the Tsodilo Hills are home to a number of remarkable rock paintings © Radek Borovka, Shutterstock

The Tsodilo Hills are  a remarkable place and an important national monument which, in 2001, was declared a UNESCO World Heritage Site. Archaeologists say that the hills have been sporadically inhabited for about 60,000 years – making this one of the world’s oldest historical sites. For only about the last millennium has this included Bantu people; for thousands of years prior to that, the San lived here, hunting, using springs in the hills for water, and painting animals (over 2,000 of them) on the rocks. Visitors are no longer permitted to explore the Tsodilo Hills alone, but it’s still worth spending several days searching out the paintings along the marked trails with a guide.

Inspired to visit Botswana? Check out our fully updated guide for more information: