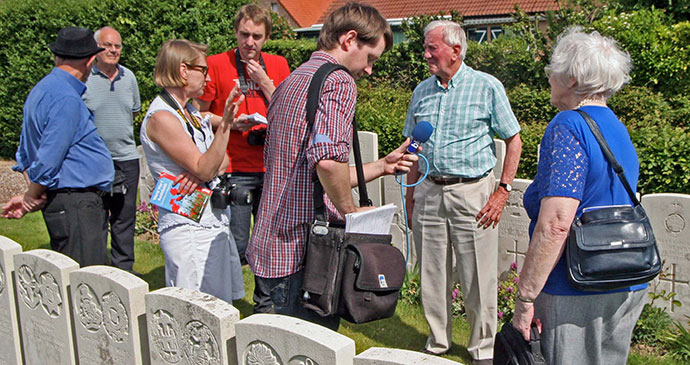 Thanks to a mystery call from a reader of my Bradt guide to Nord-Pas de Calais, I have not only gained a new family, but was able to plant a cross at the grave of a relative I never even knew existed.

I do vaguely recall my late aunt mentioning that a distant member of the Ruler clan had apparently been killed in World War I, but that was all until I had a call from Sheila Enfield (née Ruler), from Maidstone, Kent, establishing a distant family link.

Through her, I learnt about an eager young reservist who joined the British Forces in France on 7 September, 1914. He died, aged 18, on 26 October, after a shell fractured his skull five days earlier. His name, Herbert John Ruler, bore an uncanny resemblance to my own, Alexander John Ruler.

And in May 2014 I joined Sheila aged 82, husband Ron, 80, and her two brothers Jack, 73, and Frank, 71, at his gravestone set amid the calm of the beautifully maintained cemetery at Bailleul, a town which I had visited twice before ignorant of any family connection.

Also there was Delphine Bartier, from Le Nord Tourist Office and correspondents from the regional newspaper and radio.

For me, it was time to reflect that 100 years ago Sheila’s  ‘Uncle Bert’ died at the same age that I went into National Service. You feel guilt, and even anger, that his life was so cruelly cut short at Radingham during the First Battle of Ypres, 10kms west of Lille. The least I could do was to dedicate the Bradt bestseller guide to the World War I battlefields, co-written with Emma Thomson, in his memory. 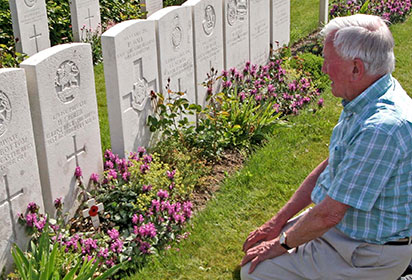 I also know that he was born in Barming and enlisted in the 3rd Btn the Buffs (also known as The East Kents) at Chatham in October 1911 for six years in the Special Reserve. He subsequently enlisted in the East Kent Regiment at Canterbury in April 1912 for seven years in the army and five in the reserve. His trade was recorded as being a hammerman and blacksmith.

The story does not quite end here. I also have documents from a further branch of the family showing that an Ernest Ruler also enlisted, again with the East Kent Buffs. This stated he had a mole on the back of his neck. Herbert John likewise had a mole on the right of his neck. Yet another coincidence, leaving me determined to now find how what happened to Ernest …

For more information on the battlefields of the Great War, take a look at our handy guide: