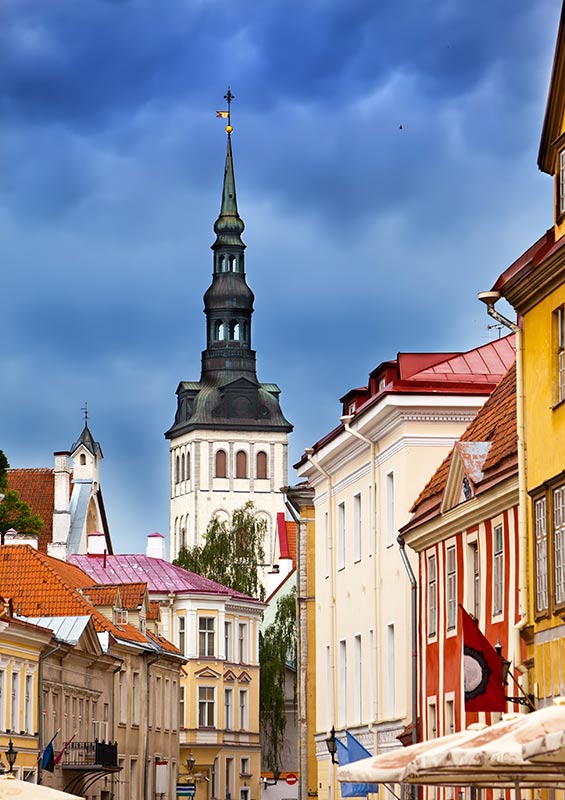 Estonia has the most varied nature of all the Baltic countries. The most northwestern part of the extensive east European plain, it protrudes into the Baltic Sea as a kind of peninsula. The Baltic Sea, in turn, has left its traces on Estonia in the formation of the landscape. Numerous bays, straits and islets enrich the coast. Its coastal terraces, sand dunes and beaches are still natural in many places and invite endless walks. Estonia’s larger and smaller islands with their old windmills and fishermen’s houses exhibit their own kind of rugged charm.

(Photo: St Nicholas’ Church in central Tallinn is one of the city’s many beautiful churches © Kkulikov, Shutterstock)

Estonia is warmer than many of its neighbours, thanks to the influence of the Gulf Stream. Harsh days do come each winter when temperatures can fall to –12˚C (10˚F), but such bitter weather rarely lasts for more than a few days. January 2012 was an exception, when temperatures dropped throughout the country for several days down to – 30˚C (– 20˚F). In the summer, occasional heatwaves have brought temperatures of 30˚C (90˚F), but around 20˚C (65–75˚F) is much more common.

In December and January, with 18 hours of darkness, the days are so short that sightseeing outdoors offers little pleasure. October and March are excellent months with 12 hours of daylight, lower hotel prices and few other visitors. October offers autumn colours throughout the country and March the chance to enjoy snowcovered forests, the frozen sea and more sunshine than in any other month. The frozen sea often makes access to the smaller islands easier in winter than in summer since roadways are marked on the ice. Estonia follows the Scandinavian tradition of dealing with snow on the main roads immediately, so driving is rarely a problem in winter. All major roads are quickly cleared, even on Saaremaa and Hiiumaa islands.

In May and September there is little risk of cold weather and all outdoor facilities are open. By midsummer at the end of June, daylight lasts 18 hours, so July, the school holiday period in Sweden and Finland, is a very popular month for tourists. Fortunately for British visitors, August is no longer peak season so is ideal for those tied to school holidays. Throughout the year, rain tends to come in unexpected short sharp outbursts; always take an umbrella or a coat!

Tallinn is of course bound to be part of any Estonian itinerary, but it should never be the itinerary, even for those with only a few days to spare. The islands are totally unlike each other, as are many of the mainland towns. What bonds them is the ease of travel and the sense of space that greets visitors throughout the country. Frequent buses and wide roads make for easy access everywhere.

A long weekend (in Tallinn)

One week by bus

Day 2 Morning bus to Narva (about three hours). Afternoon in Narva to visit the castle.

Day 3 Morning walk along the ramparts. Afternoon bus to Tartu (about three hours). 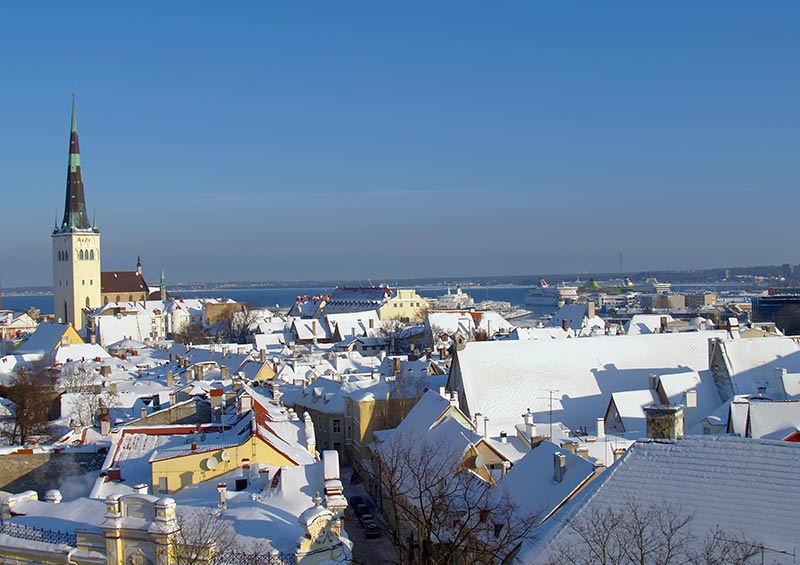 Especially in winter, there is a magical quality to the medieval Old Town of Tallinn © lem, Shutterstock

Day 3 Morning bus to Palmse in Lahemaa National Park (about two hours). Afternoon at Palmse before overnight at Vihula.

Day 7 In Narva and Narva-Joesuu

Day 3 Lahemaa National Park with overnight at Palmse or Vihula

Day 10 Ferry to Saaremaa Island and drive to Kuressaare

Day 11 Tour around the Sorve Peninsula

Day 13 Ferry back to mainland and drive to Haapsalu