Mozambique’s lack of infrastructure and general easy-going attitude mean that restaurants tend to adopt a rather laissez-faire attitude towards both menus and opening hours. The further you are from the city centres, the more flexible you’ll need to be.

As a very general guideline, the more Westernised restaurants in the biggest cities (Maputo, Beira and to a lesser extent Nampula) will be open from around 10.00 to 20.00/21.00 and will have most of their menus available.

As you go into the hinterland it becomes more important that you check with the establishment in question whether they will be open that evening and what they’ll have on the menu. It may well be worth placing an order in advance and agreeing a time when you’ll arrive. 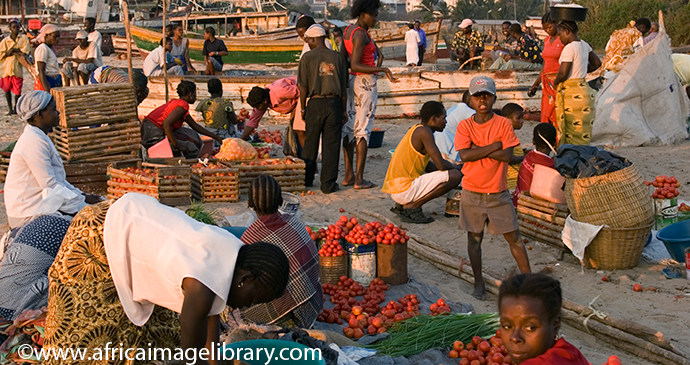 In remote rural areas, food will by and large be limited to ncima and meat, chicken, fish, beans or similar. Meat (if you’re offered it) will be goat – beef is very rarely available outside the major towns, unless you are (for whatever reason) an honoured guest.

Given the length of the coastline, it would be surprising if the Mozambican seafood wasn’t outstanding, and Mozambican prawns do have a global reputation, but the crab, lobster, crayfish and octopus are equally good.

Ncima (which is also known as ugi, ugali, sadza or pap) is a form of porridge made by mixing ground maize with water and boiling it until it forms a starchy paste. It can then either be eaten as a hot porridge or left to set and eaten cold in chunks. Many foreigners are indifferent to the stodgy result, but Africans by and large love it – so much so that if offered a choice between ncima and a more Western staple such as potatoes or rice, they will choose the ncima.

In the bigger towns, menus tend to be either chips or rice with a side salad (usually heavy on tomatoes and onions) and fish (or some other form of seafood), chicken or beef. Chicken and fish will tend to be grilled or fried, while beef will almost always be a variant on a Portuguese dish called a prego. A prego is essentially a minute steak, usually boiled with a sauce that tastes a little like a toned-down Worcestershire sauce.

The classic prego no prato (literally ‘prego on a plate’) will be served with a portion of rice, a portion of chips, the side salad and a fried egg on top. A common snack is the prego no pão, a prego in a bread roll. Many of the dishes that you’ll see in the swankier restaurants will be variants on the prego no prato, sometimes with added ingredients (chouriço sausage, for instance).

Given the length of the coastline, it would be surprising if the Mozambican seafood wasn’t outstanding, and Mozambican prawns do indeed have a global reputation, but the crab, lobster, crayfish and octopus are equally good.

Coca-Cola is the undisputed champion of the cola wars in Mozambique, being available virtually everywhere across the country, along with various flavours of Fanta (its stablemate). Sparletta, another range of soft drinks, is also universally available – the lemon-twist flavour is quite refreshing. They will almost always be brought to you sealed and opened in front of you. You can buy fruit juices in the Shoprite supermarkets, and you should be able to get the mixed fruit juice called Santal in most of the larger towns. Bottled water is ubiquitous but again make sure it’s sealed.

The most widespread beers are 2M (named after a Frenchman called Mac-Mahon), Laurentina (which comes in three styles: two Continental-style lagers and a stout), and Manica. You can also get South African brands such as Castle and Savanna cider.

Wine is imported, mostly from South Africa but also from Portugal. You can get it in bottles as normal, or (if you’re willing to risk it) in five-litre containers with a plastic raffia-style handle. The wine in the latter is undoubtedly an acquired taste.

The locally made Tipo Tinto rum (with the rather incongruous parasol-wielding geisha on the label) is something of a cult favourite in the southern beachside towns, particularly when mixed with raspberry Sparletta to make an R&R (rum and raspberry).

As a rule, accommodation at the budget end of the scale is overpriced for what you get by almost any standards, but smarter rooms can be better value. Tourism in Mozambique is still a developing industry and the network of Western-orientated hotels is smaller than that elsewhere, so you may occasionally need to bite the bullet and take a room somewhere that is less comfortable than you would normally accept – needless to say the further you travel from the established tourist destinations, the more likely this is. There is a variety of different types of accommodation, some of which require a little explanation: 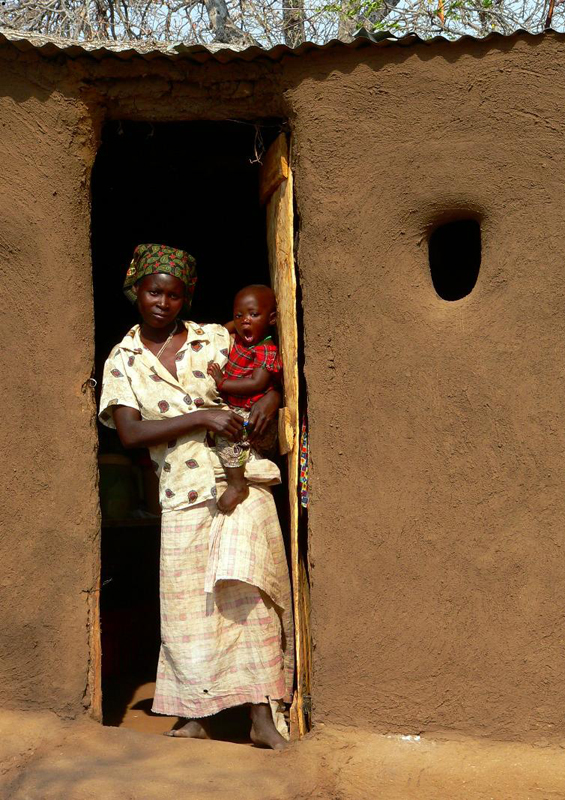 This is the Portuguese word for a guesthouse and is widely used throughout the country. It can be anything from a room in a family house to a fully-fledged hotel. Generally speaking, they won’t be organised for travellers, but can be very good value.

Literally means ‘inn’ but is interchangeable with pensão.

Normally a compound with a restaurant, bar, parking and rooms for hire. May also have a disco on site.

Camping-specific, this refers to a pitch surrounded by a fence of wood or reeds to provide some privacy from the rest of the campsite.

Also camping-specific, this is a large bivouac beneath which you can pitch tents. (Barraca also refers to small shops or bars, ie: Barracas do Museu in Maputo.)

(Photo: Staying in a private home is an excellent opportunity to experience true Mozambican hospitality; pictured: a Shangaan mother and child in the village of Makondezulu © Mike Slater)