If you come to the Faroes looking for ancient architectural monuments such as those found in other European countries, you’ll return home sadly disappointed. As in neighbouring Iceland, the main building material of the Middle Ages was untreated wood which simply didn’t withstand the rigours of time and climate and rotted away. However, as the economic circumstances of the islands improved in the early 19th century, building techniques were refined and a design of church was perfected which was more able to withstand the salty air and damp conditions that prevail in the midst of the North Atlantic.

Between 1829 and 1847, around a dozen traditional timber churches were built across the country. Based on the same design, the churches are composed of double timber walls, which sit on top of a foundation of solid rock which is always painted white. In contrast, the walls are covered with black tar as protection against the weather and support a turf roof. Although the turf was originally laid on a layer of straw or birch bark imported from Scandinavia, a synthetic base is now used instead; all Faroese timber churches have turf roofs except those in Nes and Strendur whose roofs are made of slate and cement tiles respectively. A low wooden belltower which can be either parallel or perpendicular to the main entrance hall is found at the western end. A small staircase leads up into the tower and to a balcony which extends over the rear of the nave from behind the main door. Time has given the nave, plain in the extreme and usually made of unpainted scrubbed pine, a warm golden colour. Accessed through a second door, the nave consists of fixed wooden pews either side of the aisle which leads to a carved screen which stands in front of the altar and the font. The latticework adornments to the choral wall generally consist of various forms of crosses, flora and decorative patterns and were made by the same carpenters and boatbuilders who constructed the churches themselves. Normally the northern part of the choir is partitioned off by a wall forming a sacristy giving direct access to the pulpit, which in all Faroese churches is located on the northern side.

Although most of the churches are locked against theft, our highlights include: 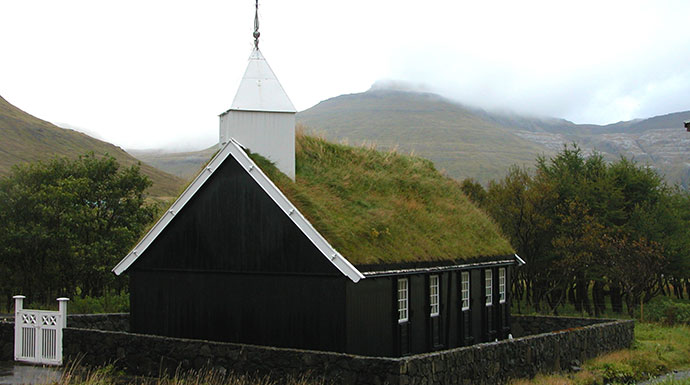 The church in Hvalvík is the oldest on all the islands © Erik Christensen, Wikimedia Commons

In one of Streymoy’s prettiest villages, this is the oldest church to be built on the islands. The focal point of Hvalvík since its construction in 1829 this church was built of pine bought from a ship that was stranded in nearby Saksun in 1829; earlier the same year the church that originally stood here was destroyed by a ferocious storm. 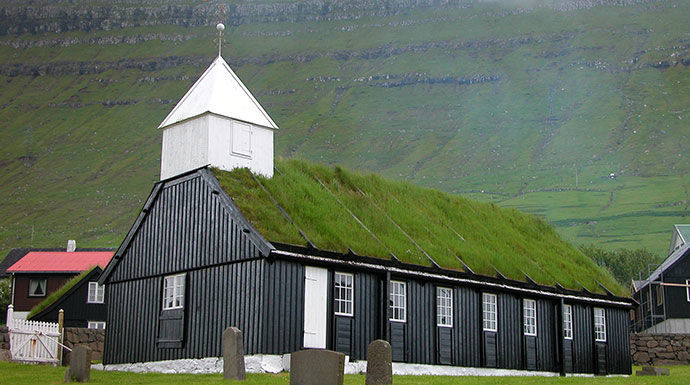 The church in Norðragøta was the second to be built on the islands © Erik Christensen, Wikimedia Commons

This was the second ever church to be built on the islands, originally constructed at nearby Syðragøtu by one of the key men in Faroese history, Tróndur í Gøtu.

This wooden church in the tiny village on Suðuroy was moved here in 1942 from Vágur where it first stood from its inauguration in 1862. 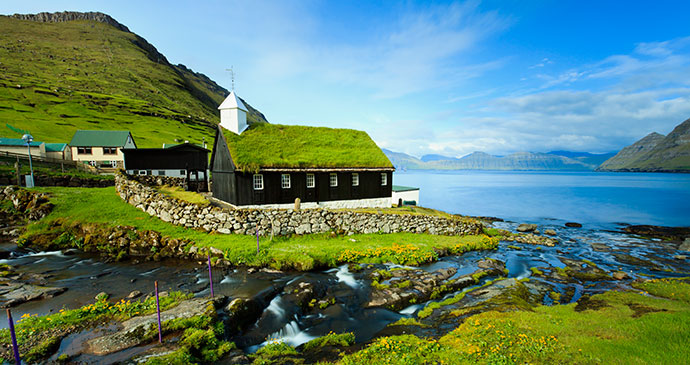 The main reason to come here is to see the timber church, which enjoys pride of place in the centre of the village beside the Stórá River. Built in 1847, the church closely follows the traditional late 19th-century design with its wooden interior. 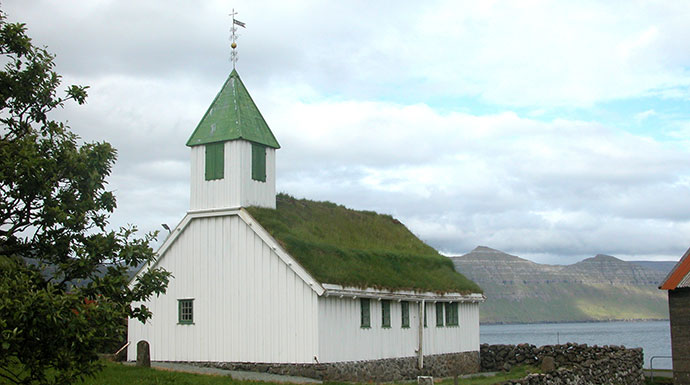 The church in Oyndarfjørður dates back to 1838 © Erik Christensen, Wikimedia Commons

On the island of Eysturoy, this church dates from 1838. Although constructed to the same design as the other wooden churches in the islands, it is curious that this one does not have black-tarred walls. Instead its white-painted walls and green windows make a refreshing change, as does its blue choir screen.