Abruzzo is, to coin an old travel cliché, a truly ‘year-round destination’, with ancient villages, castles, lakes and rivers nestling between soaring mountains that in the winter months offer some of the best skiing in the country – some of them only 30km from a pristine coastline.

If you’re visiting during the spring or summer, a Saturday-morning breakfast in Pescara is the perfect way to start the weekend. From there, you can head across the river to the old town and take in the Museum of the People of Abruzzo for a look into the history of the Abruzzesi and their culture. A 5-minute walk away is the House Museum of Gabriele D’Annunzio, one of Italy’s most famous writers and a personal friend of Mussolini. 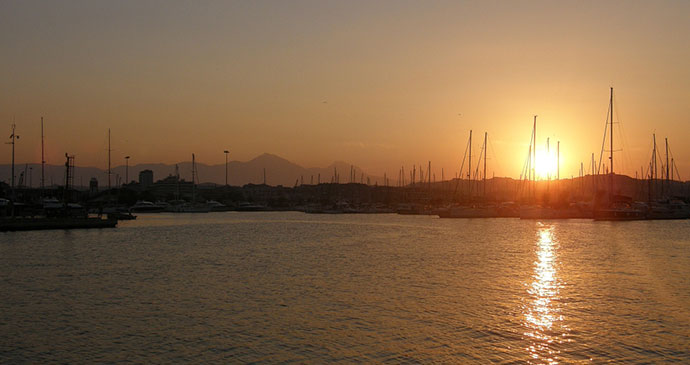 Spend the afternoon shopping in the city centre before having dinner at around 20.00; it is very rare for locals to eat earlier than this and, indeed, for you to find a restaurant willing to serve. During the summer, try the fish at one of the stabilimenti that line the beaches, then stroll along the promenade and tuck into one of the city’s revered gelati. If you’re feeling up to it, head for the nightlife that the Adriatic coast is so known for. Spend the next day at the beach or head for the hills, visiting the historic centres of Chieti, Spoltore or Città Sant’Angelo. 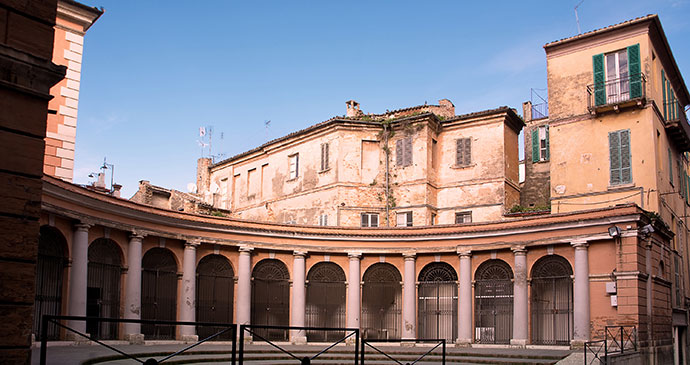 Take a wander through the four provincial capitals: Pescara, Teramo, L’Aquila and Chieti. Spend one day in Pescara’s centre and on its coast, then head to Chieti (a short bus ride away) and meander through the old town centre for a few hours. Get going early from Chieti the next morning, drive the stunning SS153 then SS17 to L’Aquila and check out its imposing castle. Spend the night before moving onto Teramo to soak up the atmosphere in Piazza della Libertà. or spend some time exploring the ruins of the Roman towns of Alba Fucens near Avezzano and Amiternum near L’Aquila. If you have time, also take in the Stiffe Caves.

If you’re more of a nature lover, spend your weekend in the lower areas of the Majella National Park, taking in wonderful towns such as Abbateggio, San Valentino, Caramanico Terme and Tocco. Here you have the option of staying in a family-run agriturismo (farm stay). 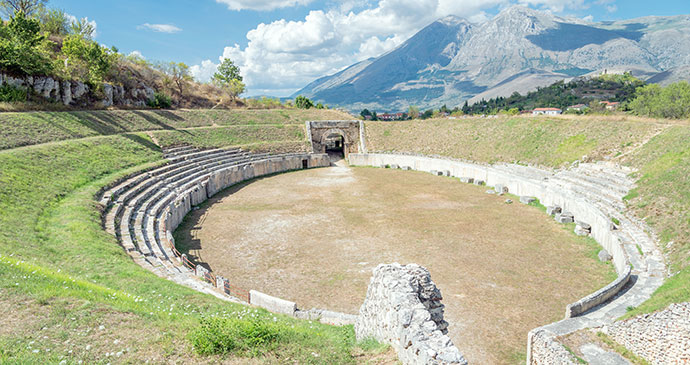 By car, take the A25 from Rome International Airport. Base yourself in the fortified town of Tagliacozzo, or a town in the Sirente Velino Regional Park such as Ovindoli or Celano. Visit the ruins of the Roman towns of Alba Fucens near Avezzano and Amiternum near L’Aquila. If you have time, also take in the Stiffe Caves.

In autumn and winter 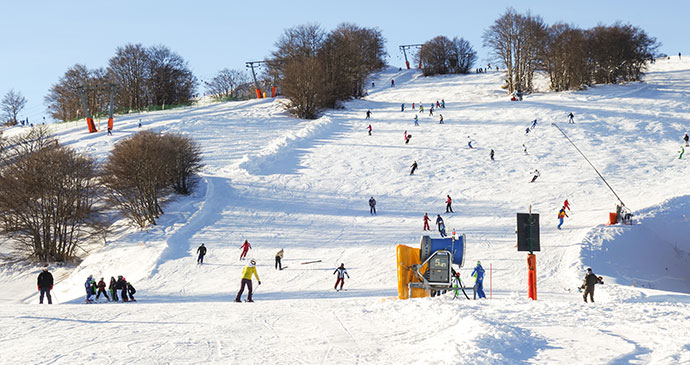 In autumn and winter, skiing is the perfect way to spend a long weekend © Floriano Rescigno/Dreamstime

A whole different perspective on the region becomes apparent during the colder months. The towns are illuminated with fairy lights, there are Christmas markets and in the mountains, there will often be plenty of snow. If you enjoy skiing, then this is the time to head for the hills. Land in either Pescara or Rome and travel up to the mountains of the national parks.

Inspired to book a long weekend in Abruzzo? Here’s a 10% discount on our Abruzzo guide: