The Battle of Waterloo took place 200 years ago. Europe is scarred with the sites of many battles, but few have the resonance of Waterloo. It was the culmination of the Napoleonic Wars, which – with the final defeat of the French Emperor – brought to a close two decades of turmoil in Europe.

In this epic clash to the south of Brussels, the European Allies led by the Duke of Wellington and Marshal Blücher were pitched against the French led by Napoleon making a last-ditch attempt to regain control of his empire.

The Allied victory, and the treaty settlements that followed, in many ways shaped modern Europe on the verge of universal industrialisation. But the outcome was in the balance until the final moments. ‘A damned nice [delicate] thing, the nearest run thing you ever saw in your life,’ declared Wellington afterwards.

The battlefield, to the south of the town of Waterloo, remains a landscape of rolling farmland – preserved under a law of 1914 – where it is still possible to trace and imagine every step of the conflict. But it is a blank canvas unless you have a guide (and maps) to paint the scene, set it in context and explain the sites and monuments.

This is the purpose of this book – a concise guide that tells readers not only about the battle and the battlefield, but also where to eat, drink and stay and how to make the most of their visit to Waterloo and its surroundings. 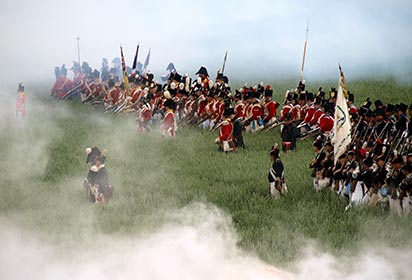 Suffocated by the smoke: An eyewitness account of the Battle of Waterloo

Rees Howell Gronow, an officer at Waterloo, wrote of his experience in his memoir. 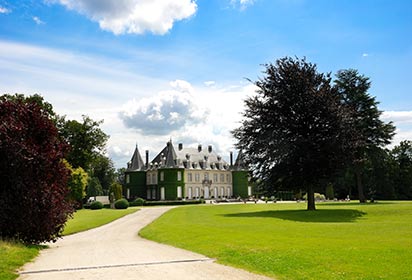 Find out why Waterloo is the place to visit at the moment – and it’s more than just a battlefield. 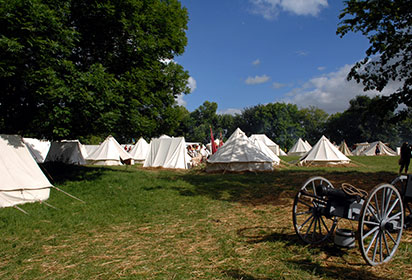 An insight into medical treatment on the battlefield during the Napoleonic Wars. 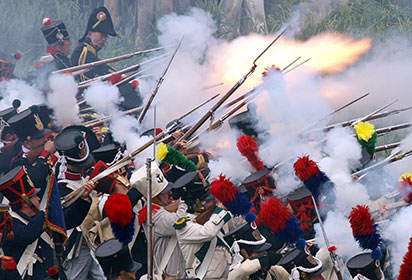 Find out more about how these different branches of the army came together to fight in the Napoleonic Wars. 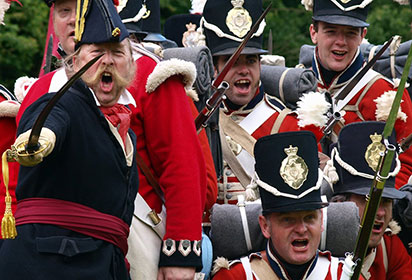 Antony Mason finds out more about this interesting hobby in Waterloo.