Medical treatment is available free to UK residents on production of a UK passport if you are a UK resident. If you are a UK resident but not a UK national, you will need a certificate of insurance from HM Revenue and Customs Centre for nonresidents. However, taking out health insurance is highly recommended. Hospital treatment, some dental and medical treatment should be free, but you will have to pay for prescribed medication. With good insurance you may prefer to use a private clinic. Many doctors who work in private clinics will have been educated abroad and thus able to speak English – a great comfort in times of illness. Also, the standard of care in most private clinics is reasonably high. Some medications may not be as freely available as at home, so it is important that the visitor brings along a sufficient supply of any necessary medication that they are dependent upon.

On the whole, Serbia is a healthy place; the greatest health danger that visitors are likely to encounter is probably an unacceptable degree of passive smoking in public places. Most food in Serbia is hygienically prepared and meat is rarely served very rare, which minimises the risk of picking up parasites and developing intestinal complaints. Tap water is generally perfectly safe for consumption. However, it is always best to drink bottled water if you can to avoid any unnecessary upset stomachs. Some of the homemade liquor that may be offered to the visitor in parts of rural Serbia should be treated with caution but to refuse it outright might appear rude.

There has been concern in some circles about the use of depleted uranium in Kosovo and Serbia during the recent conflicts. There is some evidence that its use leads to a greater incidence of leukaemia and other cancers. Whatever the reality of this is for the people who live there, visitors who visit Serbia for a short period have absolutely nothing to fear. 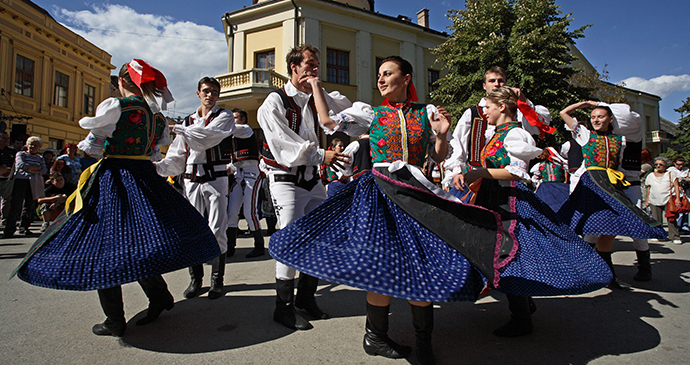 The streets of Serbian cities are very safe and visitors are unlikely to experience any problems © D. Bosnic, Archive National Tourism Organisation Serbia

Serbia’s oft-perceived image as a lawless, rather dangerous sort of place is far from the truth. The reality is in fact very different and visitors have nothing to fear. Even Serbia’s largest city Belgrade feels very safe indeed when compared with London, Paris or New York. In fact, it seems the sort of city where anyone – young or old, male or female – can walk around safely at any time of day or night. The British disease of aggressive binge drinking does not appear to exist here; instead, the streets are calm and civilised, even late at night, with well-behaved young people crowding the pavements or drinking coffee at outdoor tables. If this all sounds too good to be true, the statistics bear it out: robbery and violent crime are rare, which is not to say that visitors should be complacent as opportunist thieves exist everywhere, and perhaps should be expected in a country that has suffered continual economic hardship for such a long period. As in any city, you should avoid seemingly deserted streets and parks late at night. As long as you keep away from large public demonstrations, and avoid the few unfortunate areas where there are obvious ethnic tensions, Serbia is very safe indeed.

Although domestic violence against women is sadly a reality in some parts of Serbia, foreign women undergo no particular risks in visiting the country – the majority of Serbian men are courteous in the extreme. Sexual harassment is not completely unknown but it is by no means commonplace. It is probably true to state that women visitors are at a lower risk of sexual assault or rape here than they are back home in northern Europe.

Unfortunately, many Serbian men, especially young macho ones, have a rather unenlightened view of homosexuals, in particular, gay men. The situation is slowly improving but it is wise to remember that there have been numerous cases of openly gay men being attacked in the street, especially late at night whilst leaving clubs. The caveat of no ‘open displays of affection between same-sex couples’ is a sensible one as emotions seem to run high when those more conservative members of Serbian society are confronted with a sexuality that differs from their own.