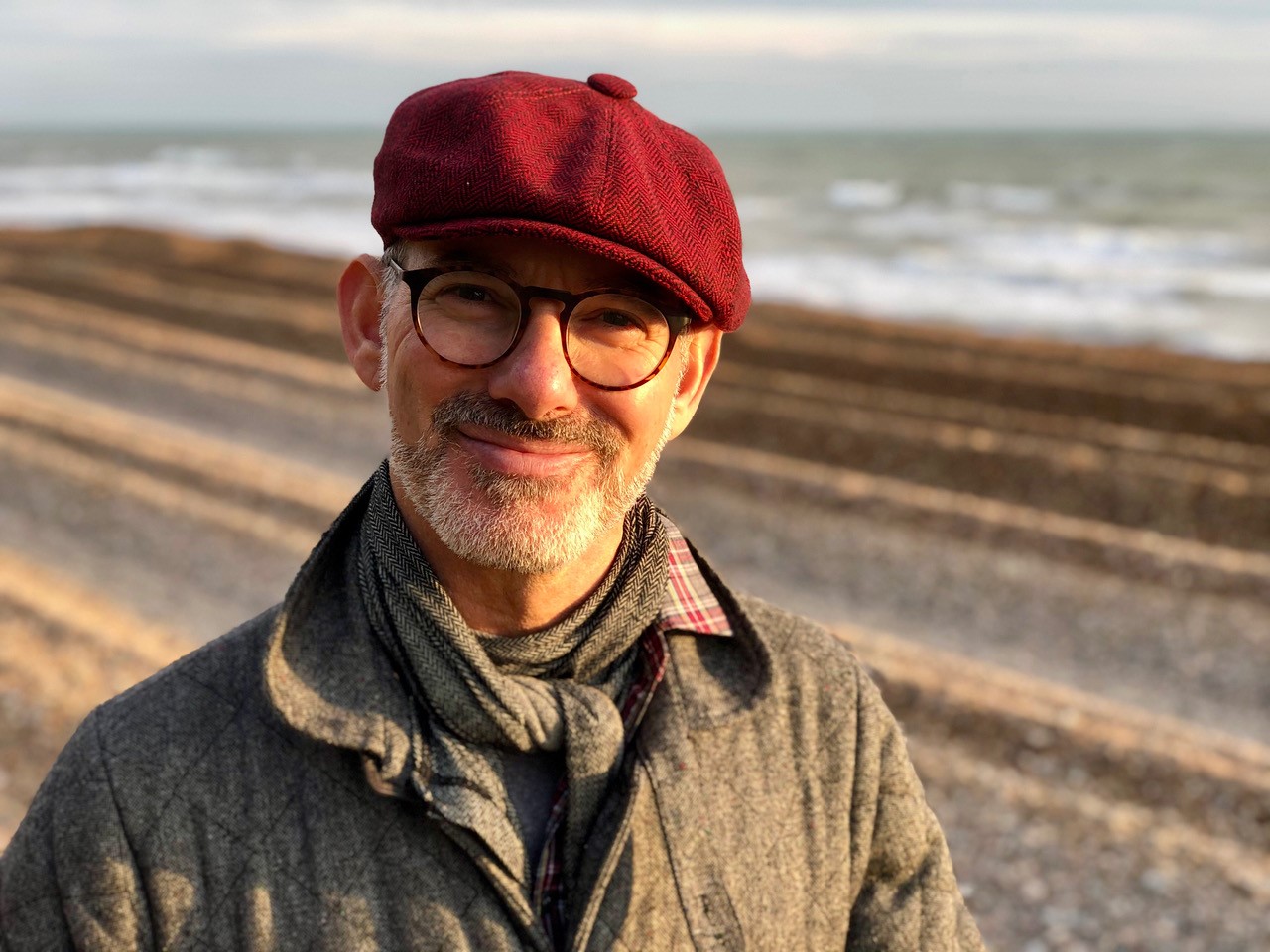 UK-born writer, photographer and artist, Simon Richmond has been researching and writing global travel guidebooks and other non-fiction titles for major publishers including Lonely Planet, Rough Guides, DK Eyewitness and Time Out for over 25 years. Having lived overseas for nearly two decades, Simon first visited Folkestone in 2014, during the third edition of its arts triennial. He was so taken by the seaside town that, three weeks later, he had bought a flat and was planning his relocation from London.

By switching the city for the seaside Simon, like many other DFLs (Down From Londoners) has benefited from an improved quality of life. In his research for Slow Travel Kent he's travelled all over the county, revisiting favourite haunts such as Canterbury, Ramsgate, Margate and Dungeness; it's also been a treat to find good reasons to journey out to remote but sublime locations like the Isle of Grain and the Isle of Harty. He's particularly enjoyed tracking down Kent's horticultural treasures, particularly lesser-known gems like Pines Gardens in St Margaret's Bay and the gardens attached to Restoration House in Rochester.