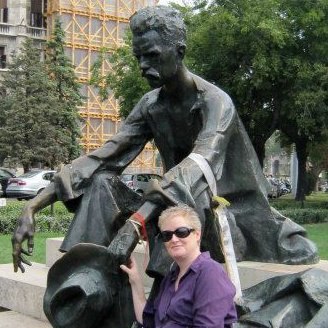 Lucy Mallows worked as a European photojournalist, travel writer and translator, moving to Budapest in 1993 with the intention of writing the 'Great Gloomy Eastern European Novel'. She worked for 12 years in Budapest, first as a reporter in the Hungarian Parliament, then as an editor for local newspapers and magazines, and wrote about Hungary and the entire Central European region for all the leading travel publishers. In 2005, she moved to Brussels where she reported from the EU Commission. She contributed regularly to many international dailies and magazines and wrote guidebooks and articles on countries from Iceland to Portugal. She was an expert on Central European culture and spoke six foreign languages including Hungarian, Czech & Russian. Later, Lucy moved to Brighton, where she worked as a translator and edited the popular travel website ‘Brighton Top Ten’, helping visitors to get the best out of Brighton & Hove. Sadly, Lucy passed away early in 2018. She was the author of the Bradt guides to Bratislava, Transylvania and Slovakia.