All food tastes great outside’ was a sentiment to which I had always ascribed. Having been a wilderness addict for the last 12 years, hell-bent on finding and sleeping in remote locations, my favourite moment – after hours toiling through all kinds of testing terrain – has always been when I finally come to a stop, set up my camp and prepare a hot meal as reward for my efforts. 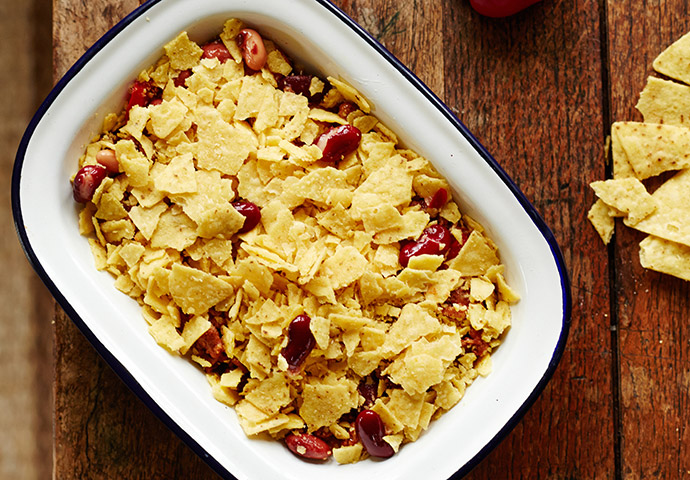 Camping food doesn’t have to be just a Pot Noodle and cold baked beans… Quorn chilli anyone? © Liz Seabrook

The astute among you will have noticed the use of the word ‘was’, rather than ‘is’, in my first sentence. This is critical. Allow me to explain. Up until about five years ago I believed it completely. Food always did taste good when eaten outdoors. When consumed atop a mountain, deep in the forest or high on moorland in the porch of a tent while being pushed and pulled by the wind, curries, cup-a- soups – and even the dreaded Pot Noodles – genuinely did take on a superior flavour than when eaten at home.

Then, one day it happened. The trip started out like many before it. I meticulously checked that I had enough food to last me for a three-night escapade in Scotland – from breakfast to dinner plus an array of snacks. I headed out in the rain (it’s OK, I’m used to it – and in my experience food often tastes better in the rain too) and after an 9-hour trudge that involved dodging bogs, ascending paths that resembled streams and battling hail driving into the face, I finally found a loch next to which I could pitch my tent.I was utterly exhausted. Anything would taste good … or so I thought. I boiled water on my camping stove, poured it on to my dehydrated meal, stirred well and waited the required 8 minutes.

During that time my hunger burgeoned. I became ravenous, my mouth watering at the mere thought of warm food in my belly. Salivating, I gave the meal one last stir then dug in. It was horrible. Not just mildly unpleasant, not just somewhat tasteless – but the sort of utterly-overpowered-by-too-much-bad-flavour-piece-of-chewy- something-or-other that forced me to gag. I added a little more water, waited some more and stirred again. But each mouthful was as awful as the previous. Being hungry and having rationed supplies forced me to continue to eat. I managed about half before admitting defeat. I went to bed cold and hungry, swearing that I would never again use that particular brand of camping meal.

I hoped that my experience would be down to a one-off rogue bad flavour: these things do happen. But the next day, a similar problem occurred. At the end of my mini-expedition I was so hungry and tired that I couldn’t even enjoy the glorious surrounds – the whole reason for my visit. I chalked the above down to bad luck and thought no more about it – although I did become cautious about relying on any single brand of outdoor meal. After that I occasionally had a ‘pouchprepped’ dish that didn’t quite hit the spot, but assumed that I must be getting fussy. Until 2017, when the culinary nightmare returned – this time, with a vengeance.

I was near the end of a much more committing trip, walking alone along Greenland’s Arctic Circle Trail. This was an ice-cap-to-ocean eight-dayer that demanded I carry all food necessary in my rucksack. I prepared sensibly, planning each meal carefully, opting for maximum calories with minimum weight, and throwing in calorific and tried-and-tested treats. 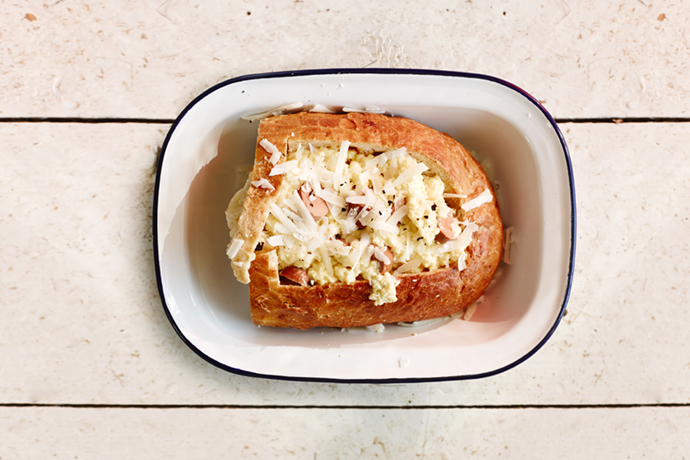 I did well. Most meals were good, and my bag got lighter by the day. Then, on the final evening, something remarkable happened. The weather was dreadful: gales and intense rain, wet-to-your-underwear, wish-I-was-anywhere-but-here appalling. But I happened upon a small hikers’ hut that offered views down the yawning fjord and the imminent ocean. Amazingly, a previous visitor had kindly (or so I thought, at the time) left a pre-packed breakfast meal of muesli with orange. For the avoidance of doubt, a note was attached that invited a weary walker (me! Definitely me!) to enjoy.

I had never felt so ecstatic. With this beauty to look forward to in the morning, I abandoned caution and gorged myself on nearly all my remaining food. It meant my bag would be lighter. And I would go to bed content and full, with a wonderfully energypacked brekkie ready for my waking. Winner, I thought. Dawn arrived and so too breakfast. A meal I will never forget, for all the wrong reasons – the worst morning spread of my life. I followed the instructions and began eating. Bearing in mind that I was beyond hungry, you would have thought that the muesli would barely touch the sides.

But the opposite was true. It was repulsive – worse than that – it was frankly inedible. To be clear, nothing was ostensibly wrong with the meal: it was in date, completely sealed and prepared properly. Yet after three spoonfuls I gave up and silently (or possibly very, very loudly) cursed the evil hiker who had gifted me this work of the devil.

That day – my last day on the trail – was hard. With no good breakfast to sustain me, I struggled. The weather got worse, my tummy kept rumbling, and I felt ill for most of what should have been a triumphant finale. Finally arriving in Greenland’s second-largest (but still tiny) city of Sisimiut, I was prepared to spend silly money to get lashings of food and coffee. It was at that moment that I made a promise to myself to start to explore homemade recipes that I could make in the wilds rather than relying on prepackaged ‘food’.

That pledge led to the birth of this book. It isn’t about health kicks. It isn’t about travelling with an entire kitchen set-up to make tasty grub (in contrast to many camping cookbooks, which assume we are happy to cart around a cast-iron Dutch oven). It is just about good food in wild places – nourishment so that you can get on with enjoying being outside. But this book is about more than just food. To me, location is just as an important ingredient as the meal itself. Accordingly, I have not only structured the book across five different landscapes but also sprinkled through its pages suggestions of where best to enjoy your culinary creations.

Whether you sleep a single night on a small hill or big mountain, opt for breakfast in your local wood, cross a moorland with your bivvy, paddle down a river or stride along the coast, I hope that this book helps you to truly, once-and-for-all realise – as I did – that good food tastes even better outside.