The name ‘Arctic’ is derived from arctos, the Greek for ‘bear’. The heavenly constellation of the Great Bear Ursa major points the way to the Pole Star, Polaris. In classical times the region was seen as deliverer of the north wind, boreas, bringing the ice and snow of winter to the south, a concept familiar to Mediterranean philosophers long before brave sailors ventured north to prove its existence. 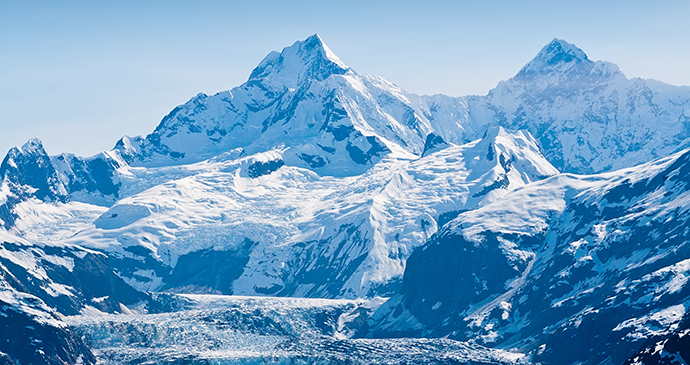 The Arctic landscape is a vast icy tundra, characterised by a year-round permafrost © Ruth Peterkin, Shutterstock

The Arctic is a huge area. There is no clear agreement on its extent, no simple geographical or even political definition of its territory. The ‘Arctic Circle’ – 66º33’N – may suit cartographers (neatly matching the ‘Antarctic Circle’ which more naturally defines the Antarctic), but it stretches much too far south, encompassing great industrial cities and vast forests. For oceanographers the Arctic is the region permanently covered by ice, whether it is a vast expanse of solid ice or open water mainly covered by drifting pack; in other words the region where sunlight barely penetrates to the water below and there is little life. Climatologists use isotherms and point to the region north of the 10ºC summer isotherm which represents the average temperature in the warmest month of July. This is a concept which also commends itself to biologists, for it positions the Arctic conveniently north of the tree line.

The permanent ice of the Arctic is a three- or four-metre thick sheet covering eight million square kilometres north of Svalbard and Franz Josef Land. The rivers of ice coming down from the Greenland ice cap end as glaciers, the most impressive in the northern hemisphere; the largest carve great icebergs into Disko Bay on the west coast, while lesser ones go to sea from Scoresby Sound in east Greenland, Svalbard and Franz Josef Land.

The Arctic is cold, below freezing point for more than half the year, and it is dry – a region of high winds and little rainfall. Parts are as arid as the Sahara: in northwest Greenland the annual precipitation is 75mm (London enjoys 550mm). But the seasonal retreat of the ice provides an ice-edge effect. The returning sun encourages algae to form under the ice, to be browsed by crustaceans; increasing warmth fuels plant plankton in the open waters of the polynyas and around the edge of the ice. The ocean is surrounded by a shallow continental shelf whose nutrient-rich surface waters encourage a plankton bloom which nourishes the fish, seabirds, seals and whales which visit to take advantage of the summer harvest, when the peripheral ice retreats in the face of warm water from the south. From diatoms to great whales the coastal waters produce a seasonal abundance. The Arctic flora and fauna are adapted to these violently fluctuating living conditions but the ecological balance is fragile, easily disturbed and slow to recover. 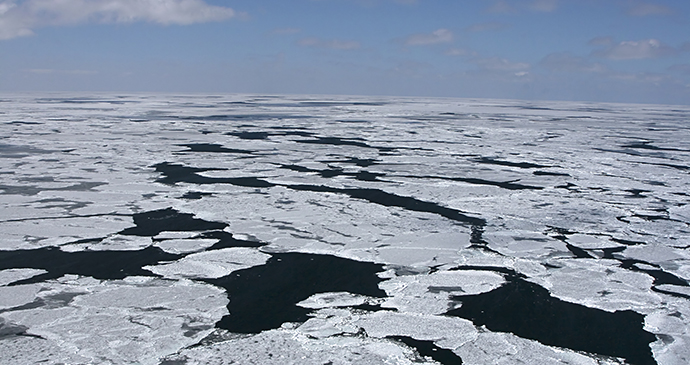 The Arctic is characterised by vast sheets of solid ice or open water mainly covered by drifting pack © TravelMediaProductions, Shutterstock

The Arctic landscape is characterised by year-round permafrost, where only the surface thaws for a short period in the summer. There are clearly defined seasons; the cold dark days of winter, when the temperature rarely exceeds freezing, lasts the best part of nine months; summer arrives with a rush, bringing warmth and almost continuous daylight from May to July. This is when the ground-hugging plants bloom and insects flourish to fuel the breeding of an immense immigration of birds. By the middle of August most of them have retreated south, away from the onset of the ice. Spring and autumn are short and sweet.

Defining the Arctic could become an academic pastime – its influence spreads way beyond whatever imaginary line is drawn around it. But for the purposes of this introduction to the wildlife, we have considered the interests of those intrepid explorers who penetrate the icy wilderness by sea, landing only on its coastal edges.