Climate
When to visit

Saint Lucia’s climate is subtropical and humid, but is kept cool by the constant trade winds. Daytime temperatures range from around 27oC from November to February, to between 23oC and 29oC from April to October. December to February are the coolest months, while June to August is the hottest part of the year. The rainy season runs from June through to November, but showers are short and sporadic, and not a daily occurrence. 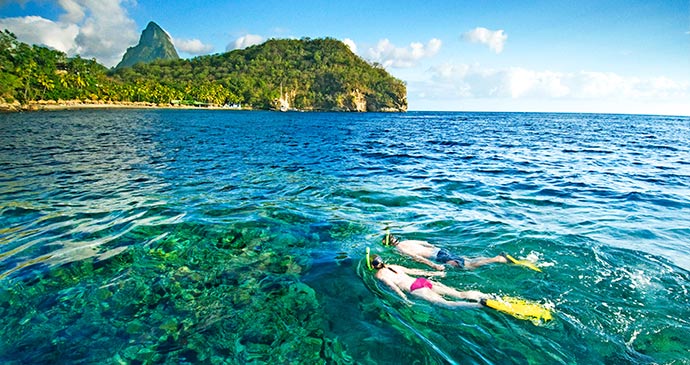 Saint Lucia can be visited any time of year, but may be more enjoyable during the dry, high season between December and April. However, even during the wet season showers are usually short, and the island will be quieter and cheaper than during the high season.