1 January is Independence Day, where the nation celebrates its birth as the first free black republic born of the modern world’s only successful slave revolution. Soup jomou (pumpkin soup) is always eaten on this day.

Haiti puts on its party hat for carnival season. There are two main events: the national carnival, held in a different city each year, and the flamboyant Jacmel carnival, with its amazing parade of papier-mâché sculptures and traditional folk-hero costumes. 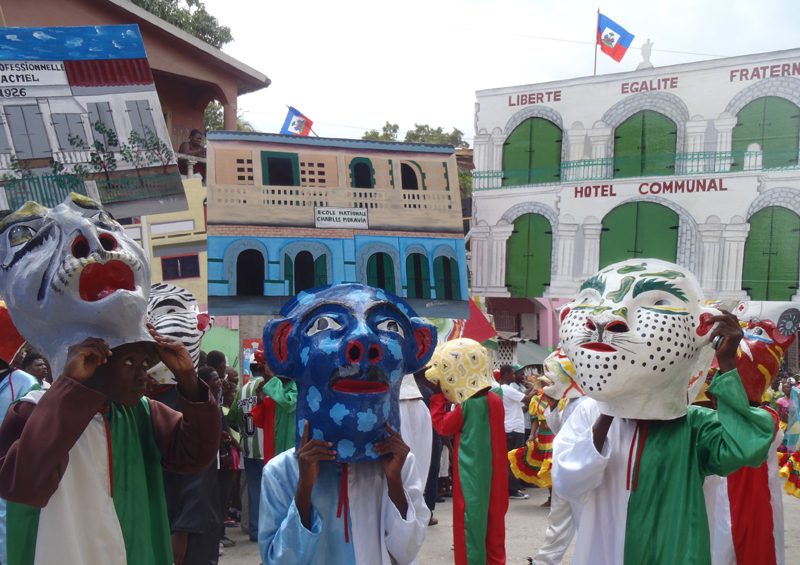 On the Easter weekend, Vodou adherents make a pilgrimage to Souvenance, near Gonaïves, for one of the biggest events of the religious calendar – a mass celebration of Vodou spirits of Dahomey, who were carried across the sea in slave ships from Africa.

April sees the start of the rainy season – the humidity slowly starts to ramp up and you need to prepare for sudden tropical downpours.

The national holiday of Flag Day is celebrated every 18 May, and the whole country seems to flutter with blue-and-white flags.

Get your teeeth into a mango

June is the height of Haiti’s mango season, and the marketplaces groan with delicious fruit. The Madame Francis variety that abounds is recognised as one of the tastiest varieties in the world.

Port-au-Prince gears up for its annual Carnival des Fleurs, and the streets downtown throng with processions, music and party-goers.

Every 16 July, these sacred waterfalls above the village of Ville-Bonheur become the focus for an important Catholic and Vodou pilgrimmage: an incredible scene of communal bathing, rara bands and prayer, as people gather in their devotions.

Head south for some fêtes patronales

August is the busiest month of the year for fêtes patronales in the south – local festivals that mark a town’s patron saint. With plenty of music and rum, they’re a great way to experience the character of local Haitian life. 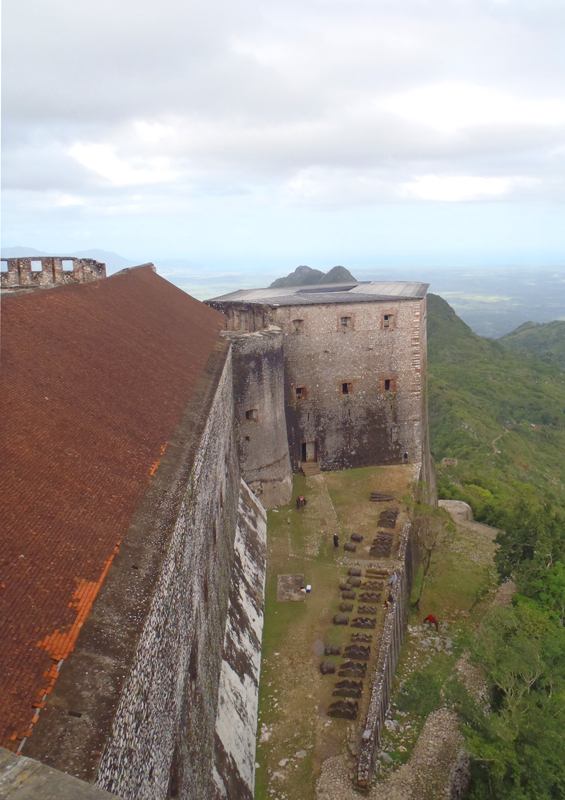 Visit Haiti’s answer to a wonder of the world

The dry months in northern Haiti are about to come to an end, making this the perfect time to travel from Cap-Haïtien to see the astonishing fortress of the Citadelle Henry, Haiti’s eighth wonder of the world.

(Photo: Visit the spectacular Citadelle Henry and see what all of the fuss is about – prepare to be amazed © Paul Clammer)

The start of November sees Fet Gede, Haiti’s ‘Day of the Dead’ celebrations. A national holiday, everything stops for the raucous tributes to the spirits of the dead held in cemeteries and Vodou temples across the country.

Spend Christmas on the beach

The south of Haiti sees the starts of its driest winter months at the close of the year – an ideal moment to make for the picture-postcard beaches of Port Salut, Ile-a-Vache and Cayes-Jacmel.