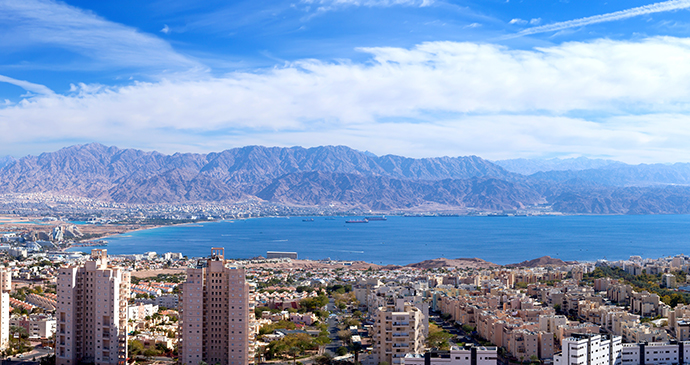 With its hot, humid summers, spring can be an ideal time to visit the country © StockStudio, Shutterstock

Israel has a ‘Mediterranean’, subtropical climate with hot summers and mild winters. Summer months are from April through October with temperatures peaking in July and August. Climatic conditions do, however, vary considerably. The Mediterranean coast suffers hot, humid summers and wet, mild winters, while the hilly regions of the north and east (including Jerusalem) are less humid in summer but have moderately cold winters and occasional snow. Mount Hermon is snow-capped almost year-round but snowfall has been significantly less in recent years. The desert is hot year-round, with exceptionally arid conditions. Rare flash floods can occur during heavy rains as water runs across the surface of the impermeable rock desert.

Israel’s mild winter climate and brilliant sunshine mean that visiting the Holy Land at any time is possible. However, the extreme summer heat that permeates the entire country can often make sightseeing hard and exhausting work. It is important to note that while getting the opportunity to experience Israel’s national holidays is a wonderful insight into the culture of the country, the collection of holidays that fall around the end of September and into October see the country barely open for business. Between the holidays and Shabbat, working days during that time can be very limited and as such many shops, restaurants, museums, national parks and sites of interest may be closed. 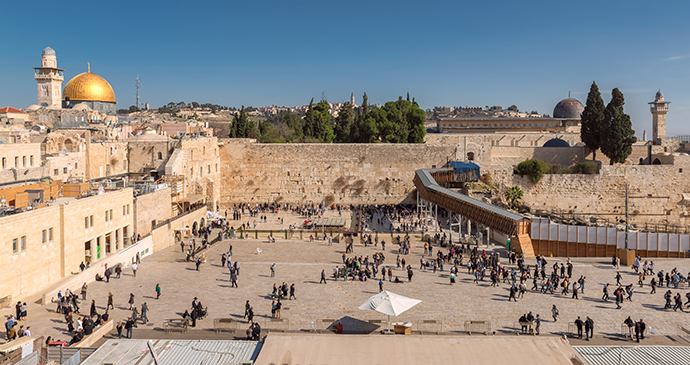 Jerusalem should be the first stop on any trip, its Old City the jewel in the crown of a fascinating, dramatic and poignant city © Lucky-photographer, Shutterstock

Jerusalem should be the first stop on any trip, its Old City the jewel in the crown of a fascinating, dramatic and poignant city. On the shore of the Mediterranean Sea is Tel Aviv, whose fun-loving residents and secular, relaxed way of life are a unique contrast to the Holy City, while the country’s third-largest city, Haifa, perched on the edge of Mount Carmel and with the Baha’i Gardens forming its centrepiece, is a pleasant place to spend a few days. In the far south of the country is the resort city of Eilat, a mesh of great hotels and watersports resting on Israel’s tiny stretch of Red Sea coast.

The centuries of conquest, rebellion and settlement are represented in the bewitching old cities of Nazareth, famed as Jesus’s birthplace; Safed, a Jewish Holy City, centre of Kabbalah learning and home to a burgeoning artists’ colony; and Acre, the ancient Crusader port city, with its cobbled lanes, minarets and old city walls. Historical and archaeological sites, including Masada, Herod’s palace perched high on a desert cliff, and Beit Shean, the staggering remains of a prosperous Roman city shattered by an earthquake, are but the tip of the iceberg. Apart from the enigmatic modern cities, charming old cities and profound archaeological sites, Israel is a wonderful blend of hugely varied landscapes as it tumbles from the steppes of Europe down to the arid African deserts.

The calm waters of the Sea of Galilee are surrounded by the lush, green fields, small kibbutzim and gently rolling hills of the Galilee, while the wild uplands of the Golan Heights are dotted with picturesque Druze villages, horse ranches, jagged peaks and gushing rivers. Forming the southern half of the country are the great deserts, at their midst the Dead Sea, the lowest point on earth and a geological marvel. 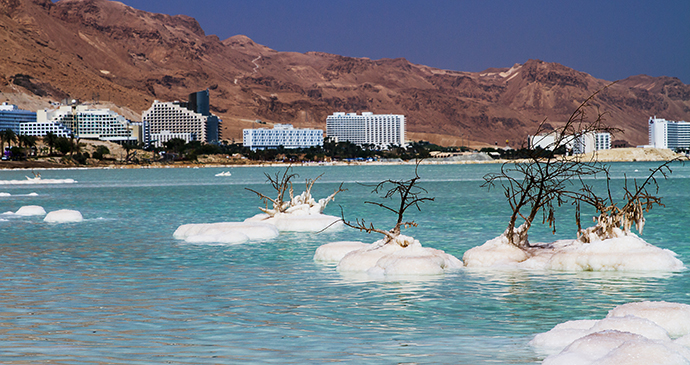 Even if you only have a long weekend, make sure to fit in a trip to the Dead Sea © Suprun Vitaly, Shutterstock

A long weekend is just enough time to see Jerusalem and the Dead Sea. Spend one day getting lost in Jerusalem’s Old City, a second day visiting the bustling Mahane Yehuda Market, finishing off day two with a trip to the Yad Vashem Holocaust Memorial Museum. Spend the third day taking a trip down to the Dead Sea.

As above plus a day or two in Tel Aviv and Jaffa, sitting in outdoor cafés, spending an afternoon on the beach, visiting the world-class art museums and exploring Jaffa Old City. From there head northwards and spend one day in Acre Old City, the ancient Crusader port city, today home to one of the country’s largest Arab populations, a famous souk and countless historical buildings, sights and museums interwoven into the maze of cobbled lanes. Spend one day visiting the beautiful lower Galilee, at its midst the twinkling Sea of Galilee whose shores are adorned with pretty villages, rolling hills and churches commemorating Jesus’s miracles. 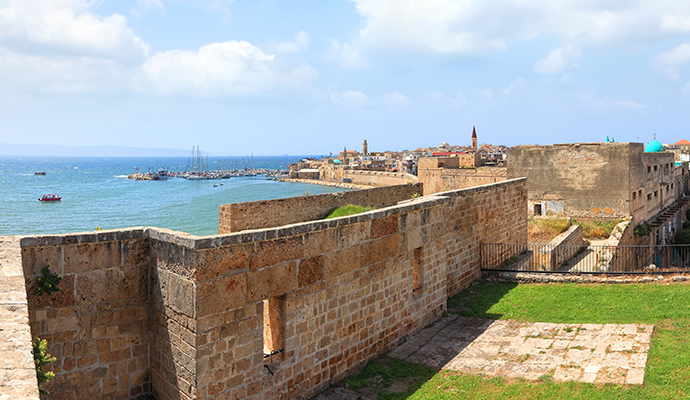 The ancient Crusader port city of Acre, with its cobbled lanes, minarets and old city walls, is a must-see © Protasov AN, Shutterstock

Begin in Jerusalem and spend three days exploring the Old City, Mount of Olives, museum and neighbourhoods before dropping down to the Dead Sea. Spend two days at the Dead Sea and visit the archaeological site of Masada and Ein Gedi national park oasis. Continue down to Mitzpe Ramon and spend a day or two hiking in the Ramon Crater and getting to one with nature at one of the desert eco-lodges. Make your way up to Tel Aviv and enjoy three to four days relaxing on the beach, exploring Jaffa Old City and visiting the art museums. Head northwards to Haifa and spend at least two nights in the country’s third-largest city with its pretty German Colony, Baha’i Gardens and museums. Spend the next day exploring the jumble of ancient lanes and buildings in Acre Old City and enjoy a fresh fish lunch and sweets from the souk. Head east into the Galilee and visit Nazareth Old City in the morning, with an afternoon by the shore of the Sea of Galilee.

With three weeks on your hands it is recommended that you follow the above itinerary (with a couple of days spent in Eilat on the Red Sea) but take your time and add in as many of the national parks, archaeological sites and array of activities as you can. Additionally, spend at least one night in a luxury rural zimmer, delve into the nature of the lower Galilee such as Beit Shean, Gan Hashlosha and Belvoir national parks, visit the crumbling relics of great Crusader castles in the upper Galilee or even spend a day cycling around the Sea of Galilee.

Follow the above itinerary, and if time allows, do spend at least two to three days hiking in the Golan Heights. The area is so beautiful that exploring it on foot is one of the best ways to see it. Start in the north at Mount Hermon and visit Druze villages before moving southwards. Spend one day hiking through the Yehudiya National Park and a night in one of the rural villages of the highlands.