When to visit
Highlights
Getting there and away
Getting around 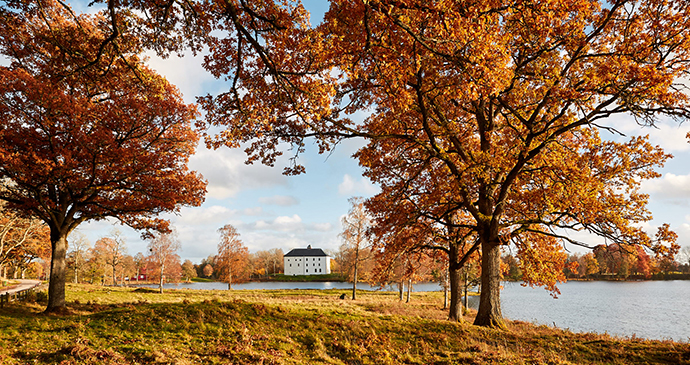 Autumn is a gorgeous time to visit the region © Jonas Ingman, vastverige.com

The summer months from June to August are always the best time to visit Sweden with long, sunny days and white nights, though be warned that July can be very busy with holidaying Swedes! May and September/October can be pleasant, too, if the weather’s playing along. Winter, though, is an altogether different matter: daylight is in short supply and there’s often snow on the ground from November through until April; temperatures can fall to -10°C, although on the coast it’s usually milder. Full climate and weather facts can be found at www.smhi.se. 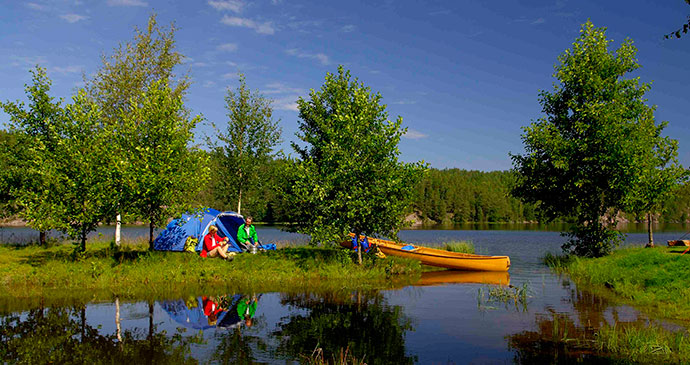 Try a spot of canoeing whilst camping in Dalsland © Goran Assner, West Sweden Tourist Board

While in Gothenburg, be sure to visit one of Sweden’s biggest and best art museums, the Konstmuseum, whose Fürstenberg galleries hold a superlative collection of early 20th-century Nordic art as well as contemporary art. Why not also take a canal tour aboard the open-topped Paddan boats which sail around the city and the harbour or try the Liseberg amusement park, Scandinavia’s largest? In the Gothenburg archipelago, hiring a bike is the thing to do, exploring the islands at your own pace – ideally with a picnic. On the Bohuslän coast, you’re spoilt for choice: sea kayaking or perhaps a seafood safari; take a boat out to some of the coast’s enchanting islands; check out ornate rock carvings from the Bronze Age or visit the Nordic Watercolour Museum. Alternatively, come face to face with some of the world’s most endangered species at Nordens Ark or walk in the footsteps of the characters from the novels of Camilla Läckberg – Sweden’s best-selling author. In Dalsland, try a spot of canoeing or horseriding through some spectacular scenery or jump on two wheels and cycle part of the Göta Canal in Västergötland. Though don’t forget the fairy-tale castle, Läckö Slott, or the breathtaking Neolithic burial site, Ekornavallen, with its impressive graves and standing stones.

Chances are you’ll arrive in West Sweden by plane. Gothenburg’s airport, Landvetter, is 25km east of the city and is linked to the city’s main bus terminal, Nils Ericson Terminalen (adjacent to the train station), times and prices are available at flygbussarna.se.

Gothenburg is linked to Germany and Denmark by regular ferries operated by Stena Line. Once daily, a ferry sails from the terminal at Jaegerdorffsplatsen to and from Kiel in northern Germany, whereas the more frequent ships to Fredrikshavn in Denmark use the terminal close to Masthuggstorget. Trams run between the city centre and both terminals.

There are direct trains between Gothenburg and Copenhagen, where connections can be made to other destinations in Europe. There are also direct services to Oslo.

The best way to explore west Sweden is by car. You’ll find all the main car hire outlets in Gothenburg, with Hertz and Europcar located opposite the train station at Spannmålsgatan and in the main bus terminal, Nils Ericson Terminalen, respectively. Alternatively, a relatively comprehensive network of trains and buses covers the entire region, though getting to more off-the-beaten track destinations requires perseverance. All public transport times are available at Resrobot or the official Västtrafik site. If you’re planning on seeing the Gothenburg city region by public transport, consider the Regionen Runt tickets (see Västtrafik site for details) which allow unlimited travel for 24 hours (95kr) or 72 hours (190kr); buy them from any Västtrafik office, for example, at the Nils Ericson Terminalen.