Introducing the Via Dinarica 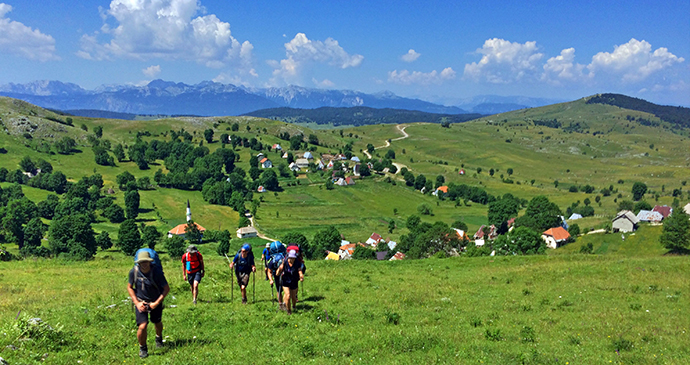 The Via Dinarica is the world’s newest long-distance trail that extends the entire length of the Dinaric Alps from Slovenia to Albania. There are three trails – the White, Green and Blue – all linked by world-class hiking, biking and rafting routes, offering a multitude of adventure flavours for adrenaline seekers and nature lovers alike. While the Greenand Blue Trails are still under development, the main White Trail follows the natural flow of the highest spine of the Dinaric Alps as it weaves through a large part of the western Balkans. This is the main trail along the entire length of the Via Dinarica. The White Trail includes all of the highest peaks in each respective country. Although there is a plethora of activities along this main trail, such as mountain biking and rafting, its main function is as a hiking trail. The White Trail is clearly defined and operational, with Bosnia and Herzegovina (BiH) being one of the few countries to have the entire route marked with Via Dinarica signage. But the Via Dinarica is so much more than a trail. It’s also about the people and their places that make it so special. 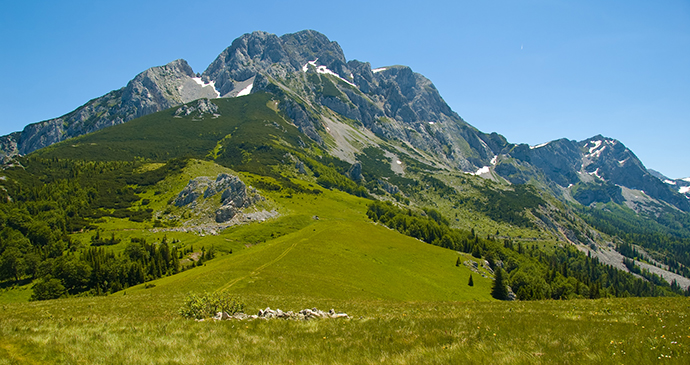 The Dinaric Alps may be Europe’s best-kept secret for those drawn to the call of Mother Nature. The Via Dinarica long-distance trail links no fewer than seven countries through these majestic mountains that National Geographic Traveler named as one of the ‘Best of the World’ in 2017. There are hundreds of wild, coursing rivers of crystal-clear turquoise hues, dramatic, rocky canyons and countless karst caves that compose the largest karst fields in the world. The Dinaric Alps range
stretches fiercely across the western Balkans, offering challenging climbs up rugged peaks with epic views or gently rolling hills with wildflower-filled pastures as the mountains level off on the northern face of the range. These karst giants swell from the depths of the Adriatic Sea and rise steeply over the coast, and their rocky  bases create crystal-clear waters not found anywhere in continental Europe. From the coast, you can travel through a classic Mediterranean climate of sun-soaked vineyards and orchards into deep pine forests further north, and revel in the great diversity of ecosystems. 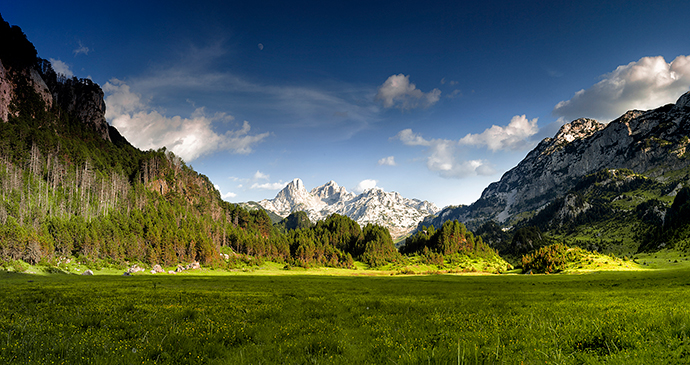 On the Via Dinarica, the natural meets culture in enchanting ways. The still-thriving highland communities prove that no matter how remote you go, you’re never terribly far from an adventure or a hot and hearty meal with a friendly local. Invading armies may have failed to conquer these mountains over the region’s sometime turbulent past, but the Via Dinarica will lead you along footpaths that take you right to the heart of their magic, aided by the expertise and hospitality of the still-thriving highland communities. One of the most remarkable traits of the Via Dinarica, which sets it apart from other long-distance trails, is that it offers a rare glimpse into ancient cultures that have survived the manifold tests of time.