The Zagóri (Slavic for ‘land behind the mountain’; known as Paroraia in ancient times) is surrounded by spectacular peaks and scored by ravines, including the fabulous Víkos Gorge. At its core the Víkos–Aoös National Park (one of Greece’s four GeoParks), created in 1973, and the jagged Týmphi range (2,497m), aptly nicknamed the ‘Greek Alps’, form a backdrop to 46 settlements.

It was the Zagóri’s isolation, and the difficulty in sending unwilling Turkish troops into the hills, that allowed its villages, Zagorochória, to remain autonomous during the Ottoman occupation. After conquering Ioánnina, Sultan Murad II agreed to a treaty to let 14 villages in the core rule themselves in exchange for an annual tribute; no Turks were allowed to enter the Koinon (‘Common’) of the Zagorochória unless they were invited. In 1480, the Vlach villages to the east were allowed to join the Koinon; by 1670 there were 60 villages.

They were governed by a council of elders, with a small military force. Education of both boys and girls was promoted and the area prospered as a result, attracting Philhellene benefactors and visitors from far and wide, as well as Greek scholars, and renegades. Many of the highlanders used their relative freedom to become merchants, organising caravans of goods on the Silk Road, while sending funds home to their wives, to hire the finest builders to build their lordly mansions, or archontiká. The good times ended in 1820, when, after crushing Ali Pasha, 1,500 Ottoman troops arrived in the Zagóri and defeated the local troops raised by Filikí Etaireía (‘Friendly Society’) member Alexis Noutsos.

Afterwards the Zagorochória were still allowed to appoint their own governor and keep their schools, but lost the rest of their autonomy and had to pay steep taxes until 1913. Now designated a national treasure, it is the totality of the Zagorochória that takes your breath away. Grey stone houses and grey stone churches are knitted together by lanes and plateías paved with the same ubiquitous stone. Local stonemasons, many hailing from the so-called Master-builder villages in the 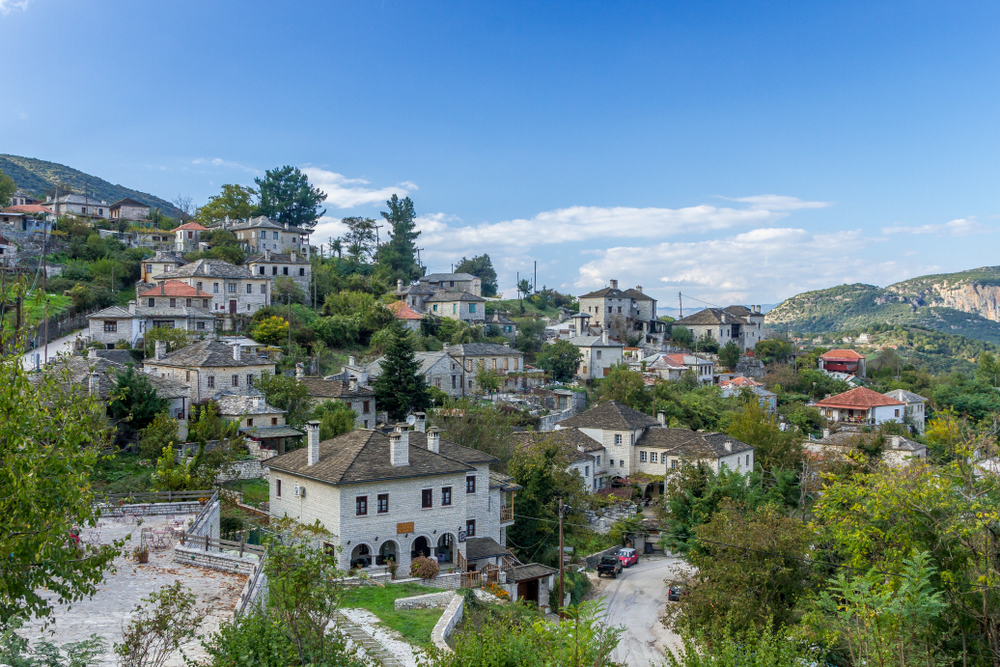