Citizens of EU member states and holders of passports from some 50 nations do not need a visa for stays of up to 90 days. These include Australia, Canada, Hong Kong, Israel, Japan, Malaysia, Mexico, New Zealand, South Korea, Singapore, Switzerland and the USA.

After the UK leaves the EU, documentation requirements for UK citizens may change. Check before travelling. All EU members can stay in Greece indefinitely. Most non-EU visitors (including those from the USA, Canada, Australia and New Zealand) can stay for a maximum of 90 days in Greece and other Schengenzone countries (most of the EU, but not the UK). Your passport may not be checked if arriving from another EU country, but you need to have it stamped to avoid problems leaving the country. If you want to stay longer, it is best to contact a Greek embassy before your trip. 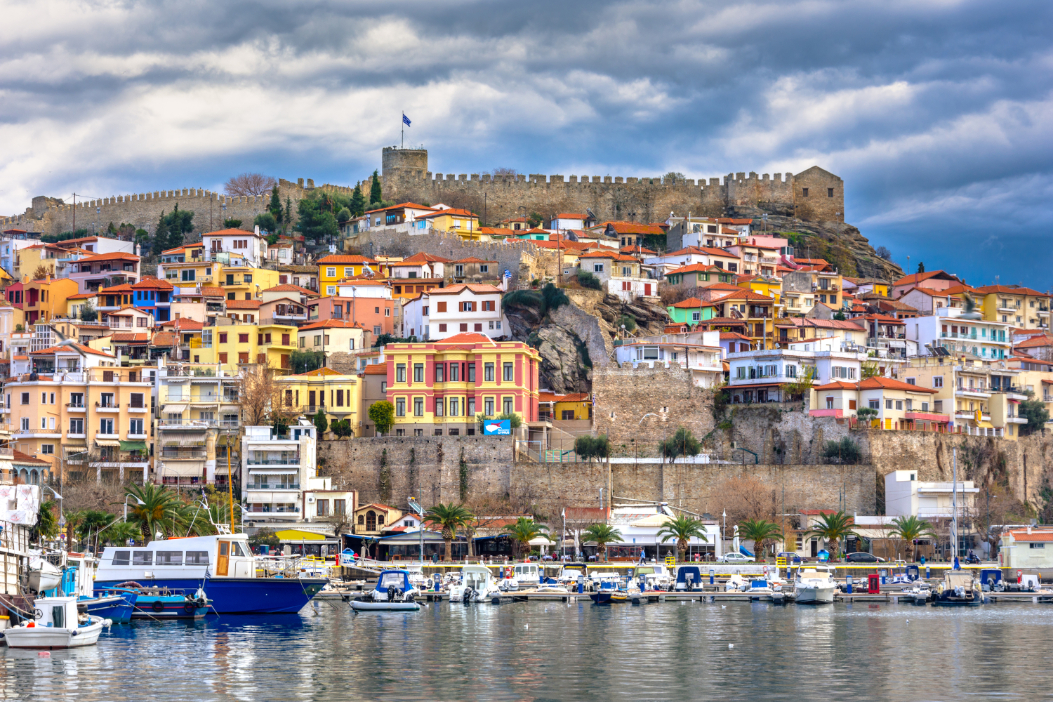 Getting to and from Athens airport

For details on getting to central Athens, see page 363. By car Athens airport is 30km southeast of the city and has the usual range of car hire companies. From the airport, getting to northern Greece is simple: follow the toll road towards Athens, and turn off right on to the National Road (E75) towards Vólos (3½hrs), Thessaloníki (5hrs) or Ioánnina (4½hrs).

The suburban (Proastiakós) trains run once an hour between 06.09 and 22.09 from the airport to Lárissis station in Athens. For suburban and mainline train information and to purchase tickets online, visit w trainose.gr; alternatively, call % 14511 for information. The Intercity train to Thessaloníki takes 4 hours, with fares from €45 one way; tickets on the slower overnight train start at €25.

The X93 bus (% 11185; w athensairportbus.com; €6; buy tickets from the kiosk) from just outside the airport building runs to KTEL Stathmós Kifissoú, the Athens bus terminal, in about 1 hour. Buses are frequent and run through the night (although late at night you’re better off waiting at the airport rather than in the bus terminal). There are frequent buses from Athens to all the main cities in northern Greece, all run under the auspices of KTEL, the national bus company, but locally managed by each municipal region. The main ticket hall has different ticket desks organised by destination. Once you have your ticket, be sure to ask for the number of the bay from which your bus will depart. Athens to Alexandroúpolis is the longest single bus ride you might take (just over 10hrs; from €53, with toilet & coffee stops every few hours).

From the UK, take the Eurostar (w eurostar.com) across the Channel and connect with a fast train; if you’re lucky, a journey from London St Pancras to Ancona or Venice can take as little as 14 hours but average at 21 hours, changing in Paris (Gare du Nord to Gare de Lyon). See w seat61.com for options – although it’s almost impossible to find a train cheaper than a flight, especially after adding on the ferry crossings to Greece (see below). Or you can go overland via Paris (change to the Gare de l’Est), to Thessaloníki, calling at Munich, Belgrade and Sofia, which will take at least 55 hours on the rails with suggested overnight stops in Munich and Sofia.

If you are planning to be in Greece for any length of time, it may make sense to bring your car over from the UK. You are allowed to keep it in the country for six months (keep hold of your ferry ticket as proof). Although this is rarely checked, if you are caught out (for instance if you have an accident or are caught speeding) your car will be immediately impounded and the fine to release it can be more than the car is worth. The quickest route is by way of Calais, through France and Switzerland, then on to Italy, where you catch a ferry (see below), though this entails quite heavy road tolls in France and Italy (Calais to Ancona €39), and also the Swiss road tax (CHF40).

If you sail from Venice – a magical place to sail out of or into as the ferry seems to go through the old city – then the drive can be done in 13 hours. The sea crossing takes just over a day, meaning you could do the whole trip over a long two days (sleeping on the ferry to Igoumenítsa). If you stop overnight on the way to or from Italy at a campsite or budget hotel, and travel deck class on the ferry, it will cost around €500 per couple one way. If you are going to be in Greece for a month or more this can compare favourably with the cost of a flight and car hire (and you can carry a lot more stuff). If your visit is going to be an extended one, to avoid difficulties when you leave, you can also ask to have your car stamped in your passport on arrival. If you leave Greece without your car, you must have it withdrawn from circulation by a customs authority.

There are various forms of accommodation on board: the cheapest, ‘deck’ class, does not mean you are confined outside. You are allowed in the communal areas, and in the low season will often find a spot to stretch out and sleep. In high season you may have to sleep out on the deck, although there are usually plenty of sheltered areas (a sleeping mat or pop-up tent is an advantage).