Croatia’s biggest and best Carnival parade erupts on the streets of Rijeka on the last Sunday before Lent (either February or March), and should be considered unmissable if you’re anywhere near Rijeka at the time. 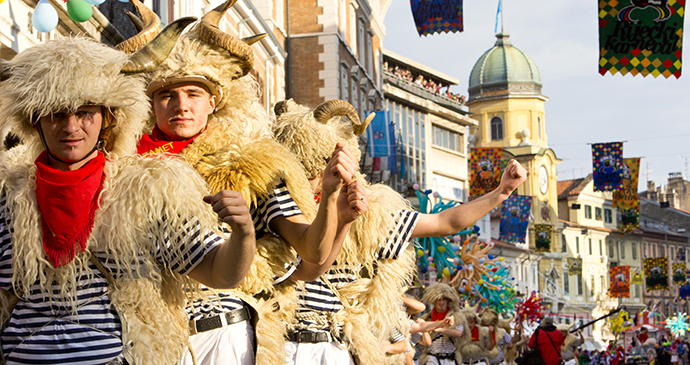 One of several prominent foodie festivals in the pretty coastal town of Lovran is celebrates the wild asparagus season, with all manner of asparaus-filled dishes on offer, in mid April. 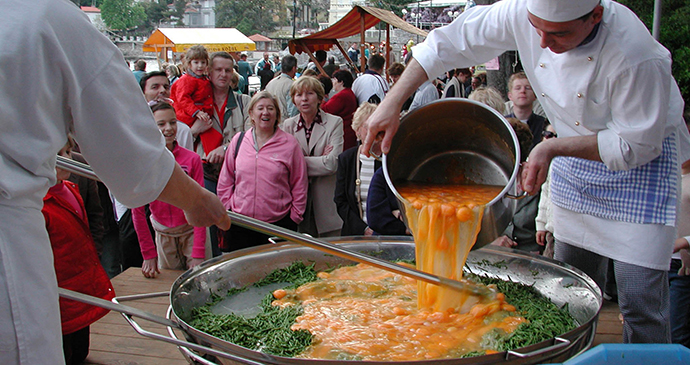 Traditional and folk musicians from all over Croatia and beyond arrive in Pazin during June, with performances in the castle and the streets of the Istrian capital.

Less well-known than the Alka tournament in Sinj, the annual Tilting of the Ring (Trka na prstenac) in Barban sees horsemen charging about and competing to spear a small metal ring.

Held in the hill town of Buzet on the second weekend in September, the Subotina is a colourful festival with locals in period costume and stalls selling all sorts of goodies, and is preceded by the preparation of a giant truffle omelette to celebrate the opening of the truffle season. 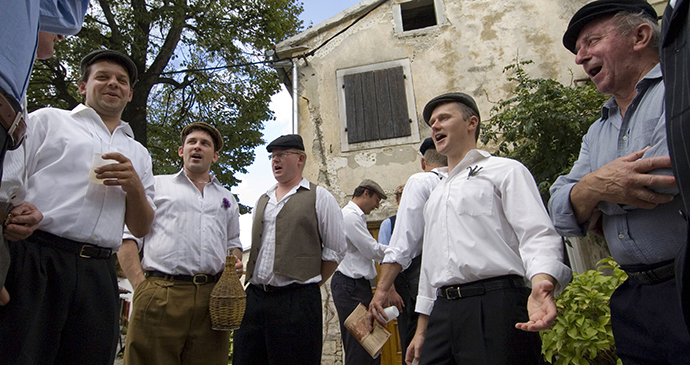 Lovran’s Chestnut Festival (Marunada) is a great opportunity to indulge in limitless cakes, pastries and other dishes featuring the chestnut among their ingredients. 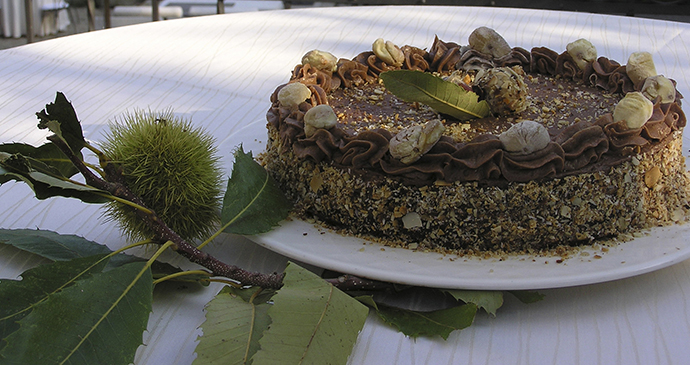 The region’s preeminent truffle-related event takes place in Buzet on the first weekend in November.

Of the many Christmas markets throughout Istria’s towns, one of the best is in Sv Lovreč, near Poreč.