Travelling to Iceland is much less about sightseeing than it is feeling things you’ve never felt before – what it’s like to be the only person on earth or how it feels to be outnumbered by a million-odd puffins.

Iceland, with its combination of raw nature, rich culture and overwhelming beauty, leaves an indelible imprint on those who visit. Stroll through the quirky capital of Reykjavík, set against majestic Mount Esja, with its eclectic museums and charming coffeehouses. Reykjavik is known for its nightlife, and if you care to dance, or take in local bands, there are countless clubs and pubs ranging from thundering dance clubs to cocktail bars. If you’re looking to shop, Reykjavik’s high street, Laugavegur, is likely to have what you’re looking for, whether it’s posh fashion shops, kitschy souvenir stores, outdoor gear or hip record hangouts.

A trip to Iceland is not complete until you immerse yourself in the unrivalled, powerful nature of the island. Take a dip in the giant manmade geothermal pool, the Blue Lagoon, in the Reykjanes peninsula, then travel to the Golden Circle to take in bubbling geysers, towering waterfalls and relaxing hot springs. Next travel to Jökulsárlón’s black-sand lagoon to see icebergs up close.

Hike through the dramatic landscapes of Landmannalaugar or the volatile geothermal area around Lake Mývatn, and then head to the Látrabjarg bird cliffs to watch the antics of hundreds of thousands of puffins in the summer. If you’re planning to travel in the winter months, you might have a chance to see the alien-like Northern Lights dance along the sky in all their green glory.

After so many years of continuous travel to Iceland, I am still amazed by this marvellous country – its incredibly raw nature, its mysterious ancient culture and the overwhelming beauty in every landscape.

This is a land where horses grow long hair on their backs and where the liquorice aisle is the longest one in the shops.

Travelling to Iceland is much less about sightseeing than it is feeling things you’ve never felt before – what it’s like to be the only person on earth or the startling emotion of being outnumbered by a million puffins. Iceland’s gargantuan nature stirs the soul or it can shake you in your boots. That plume of mist on the horizon could be steam from a hot spring, the salty breath of a spouting whale, the early wisps of a week-long fog, or the conquering cloud of a massive volcano.

Today, literally millions of tourists are coming to Iceland each year, eager to experience that same strange sense of wonder. They come for the rumbling waterfalls, to soak in heavenly hot springs and to witness the last great glaciers of Europe. They discover the strange shapes of the bright-green mountains, the colours of the daunting sky and the shimmering fjords, and the joy of sunbeams after a hard-hitting rain.

This is a land where horses grow long hair on their backs and where the liquorice aisle is the longest one in the shops. It is a place where everyone calls each other by their first name, where all the churches have tiny gold stars painted on their ceilings, and where postal addresses haven’t changed in 1,000 years. What’s not to love?

The need to protect nature from the onslaught of nature lovers has never been greater. The numbers of visitors who now come to Iceland is truly unprecedented. Most come with righteous intentions and tread lightly, but the poor choices of a few can have long-lasting effects. As a unique destination in our world, Iceland deserves the upmost respect, both culturally and environmentally.

I hope that you enjoy Iceland as much as I do – may yours be a wonderful trip and may the sun and northern lights shine brightly for you. Góða Ferð!

A Land of Ice and Fire

Celebrate the final season of Game of Thrones hitting our screens by taking a look at some of the locations that have starred in the show. 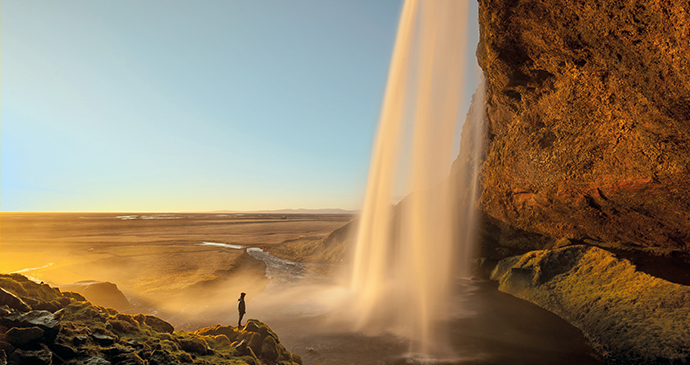 We speak to co-founder and MD of Discover the World, a company that has been pioneering holidays to Iceland for almost 35 years 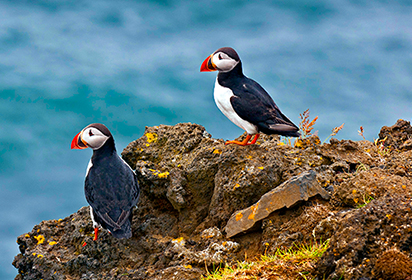 With its combination of raw nature, ancient culture and overwhelming beauty, Iceland leaves an indelible imprint on those who visit.