See in the New Year in Elvas or Évora

Winter is wet and windy in the Alentejo and life is sleepy, except in Elvas and Évora, where the locals see in the New Year with big parties.

Winter walk in the hills

Take bracing winter walks in the hills around Mértola or Castelo de Vide before curling up in front of the fire or tucking in to a hearty game stew. 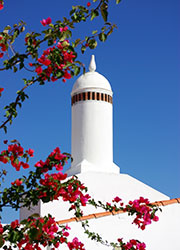 See the hares cavort and the first wildflower bloom

Days are warming up, the rain is thinning out and the birds and wildflowers are waking from winter. It’s a good time to take a drive and light walking tour of the national parks, finishing with a few days on the beach at the end of the month.

Hike the coast with spring in your step

There’s no better tiime to walk the Rota Vicentina coastal trail than now, when the air is cool and myriad meadows are bursting into bloom. Walk through them and along deserted strands of silky-soft sand, over rugged cliffs and into little coastal villages where you can order fresh Atlantc fish for the price of burger back home.

Visit Mértola – set dramatically on a hilltop above a snaking river – for the annual Islamic Festival and take time off to look out for lynx and soaring raptors in the adjacent national park.

Come in the last two weeks of the month, when Portugal as a whole lets its hair down for the annual São João festivals. Things are at their liveliest in Évora, where there’s dancing, live music and general revelry, usually on the penultimate weekend of the month.

Cool off on the coast 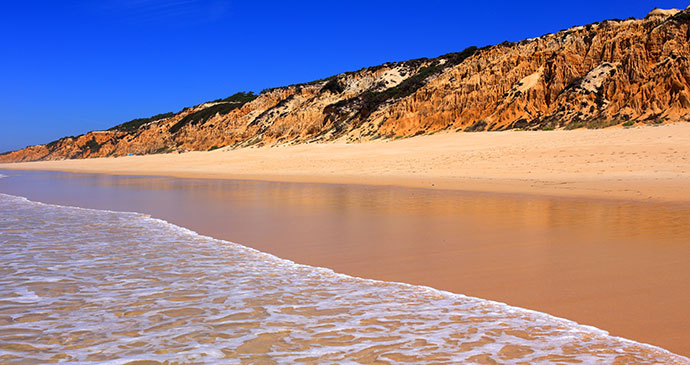 It’s beach time in the Alentejo. After a whip around the highlights inland and a concert under the stars at the classical music festival in Évora, plunge into the Atlantic and sunbathe on the glorious beaches around Grândola or Vila Nova de Milfontes.

It may be warm but the grapes are ripening on the vine and the olives are fat on the bush. There’s no better time for wine and food. Stay in a whitewashed cottage in Monsaraz or in Baroque luxury in Evoramonte or Beja, tour some wineries and restaurants and then dip your feet into the ocean for a few days by the beach. 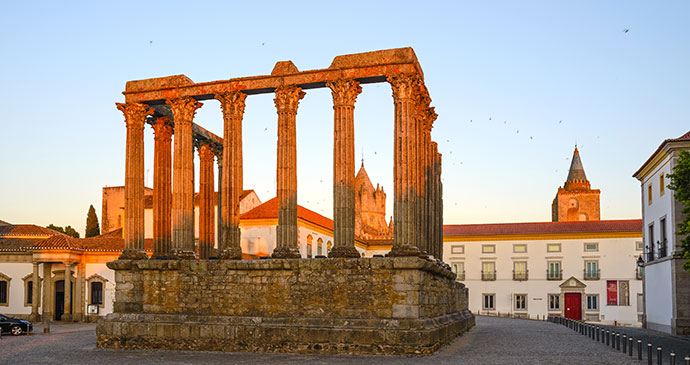 It’s never busy, but the early autumn is the best time to visit the region’s top tourist attraction, Évora. Before the town winds down for winter, stroll its sleepy streets and alleys, stopping for creamy coffees and souvenir browses. Wander around the magnificent small museum, the ruined Roman temple, the Renaissance palaces and medieval churches.

Drive around the interior

The Alentejo is famous for its spring flowers. But leaf fall in autumn is almost as beautiful, especially in the north. Take a driving tour inland to see the golden browns, deep yellows and rich reds of the forests around the Serra de São Mamede, basing yourself in pretty Castelo de Vide.

Marvão is marvellous in autumn, when mist rolls up from the plains, covering the castle’s face in drifting cloud pierced by shafts of sunlight. Chestnuts roast over fires during the Festival da Castanha, their scent filling the air, and the streets of the village are so empty you can hear an old man cough from half a kilometre away. Walk the medieval walls and clamber up to the castle for the best views.

Flock to the coast for some of Europe’s best birdwatching

In the Alentejo winter the Sado Estuary and the wetlands of the coast are visited by millions of migrating birds, including greater flamingos. Wrap up well and catch a boat out to see them.