As with many other towns, on Epiphany (6 January) Città Sant’Angelo puts on a live nativity display. It is particularly evocative here as it is held at night with the only light from burning torches. The whole town tends to participate, and it can be stunning if the streets are under a blanket of snow.

Carnival time in Città Sant’Angelo is a colourful affair, with flamboyant costumes (often satirising local personalities and politics) paraded through the town. 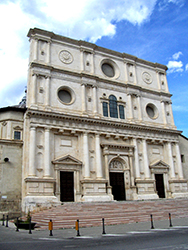 This event begins at the Basilica of San Bernardino and involves various crosses and statues of Christ in procession throughout the town. There is usually a very large turnout. It has been a major event, in some form, for hundreds of years, though its modern version began in the 1950s.

Held on the fist weekend of the month. Historic donkey race, followed by fireworks.

The month of May is dedicated to celebrations – the Celestinian May – in honour of the city’s two saints, St Pietro Celestino and St Bernardino di Siena.

On 1 June, flag throwers from various cities take to Piazza del Duomo to display their skills. Essentially, it’s a display of flag throwing, when flags on their thin poles are tossed into the air and caught on their way down. It’s a lot harder than it sounds! 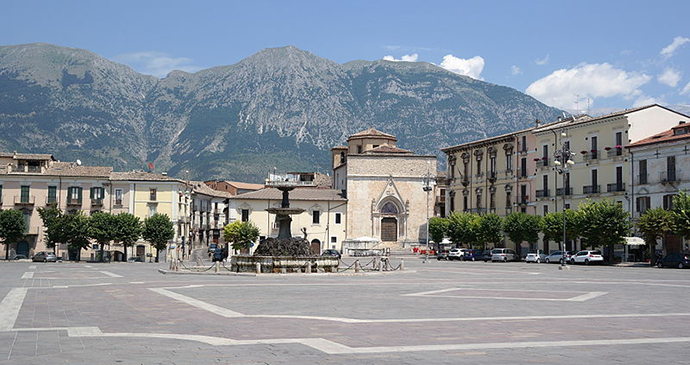 Held on the last weekend of the month in Piazza Garibaldi, this is a recreation of a Renaissance-era joust in which riders attempt to hit a mark with their lances. The riders represent one of the seven sestieri (neighbourhoods) into which the city is traditionally divided. The contests are accompanied by parades, concerts, etc in Renaissance dress. Book seats ahead here.

Since its birth in 1969, Pescara’s International Jazz Festival, held in July, has become one of the most renowned in Europe. The programme changes considerably each year, as do the venues. Check out the official website.

This festival takes place on the first weekend after 15 August (Ferragosto) and lasts three days. Music groups and bands from the region and further afield perform.

In somewhat unreconstructed style, on 14 August couples marry in traditional costume and the grooms line the streets as the women are accompanied from their homes to the church, then head back to the man’s house, where they will start their new life.

This festival, on the third Monday of the month, is in honour of the town’s patron saint, San Michele, and includes everything from special masses to displays of typical cuisine. 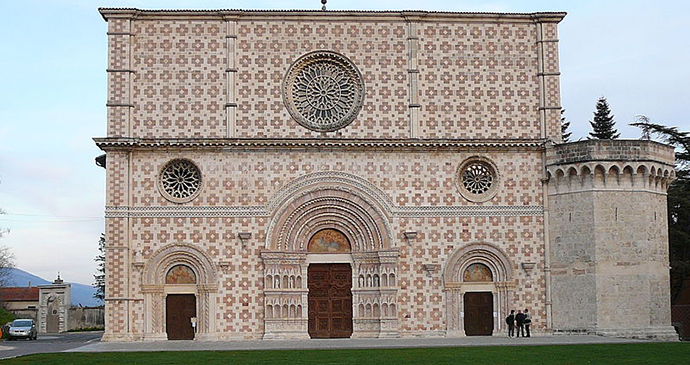 ‘The Forgiveness’ is celebrated during the last week of August, but particularly on 28 and 29 August, and is by far the most important event in the Aquilan calendar. Pope Celestine V initiated this significant religious event in September. Over the centuries, but particularly in the 1900s, the event has become a spectacle of costumes and choreographed processions, providing entertainment for all who attend. The ritual consists of the transportation of the papal document decreeing the validity of the event from its permanent home in Piazza del Palazzo to The Basilica of Santa Maria di Collemaggio.

For the Feast of Autumn Flavours the town is decorated with the colours of autumn and various local dishes are on offer, such as arrosticini, locally grown chestnuts, and cakes such as the ciambella.

An evening (held on 10 November) honouring the legend of San Martino, who, in an act of kindness, cut his cloak in half on a cold, rainy night to share with a beggar on the road. Large fires are lit and stalls offer many types of local dishes. 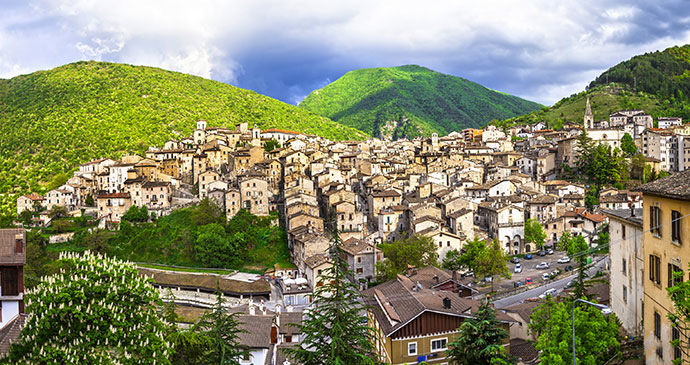 One of the most notable Christmas events in Scanno is its live nativity set. Residents of the town and people from elsewhere in the region recreate scenes thoughout the town centre that tell the story of Christmas.