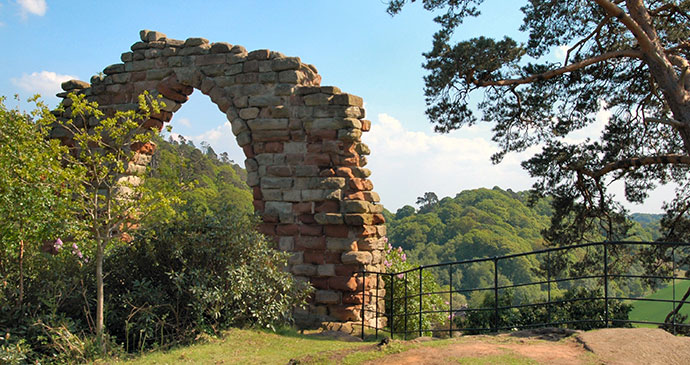 It may not have the pull of the Shropshire Hills Area of Outstanding Natural Beauty, the industrial legacy of Ironbridge Gorge or the romance of the Offa’s Dyke Path through the Welsh Marches. But rural north Shropshire is full of natural wonders: nine glacial lakes known as meres, and scientifically important peat bogs (mosses) teeming with biodiversity. Its fertile soil and farming heritage yield delicious meat and produce.

North Shropshire has manmade beauty too: miles of canals and four market towns, Ellesmere, Wem, Whitchurch and Market Drayton, each distinctive in character. The latter is Robert Clive country, the stomping ground of a young ne’er do well who would grow up to become Commander in Chief of British India. It’s also known for gingerbread: Clive is thought to have brought ginger back to the town from his travels.

In this region we have a community-run organic farm which won a David-and-Goliath battle against a multinational corporation, its tenants aged just 19 and 21 when their plight began. Nearby in Market Drayton is Joule’s Brewery, reviving a tradition started by Augustinian monks (with a modern-day pledge never to sell to supermarkets). Other highlights include the Alice-in-Wonderland gardens of Wollerton Old Hall, 60 acres of landscaped splendour at Hodnet Hall and the country’s first ‘theme park’, beloved by Victorian pleasure-seekers, at the mysterious Hawkstone Park.