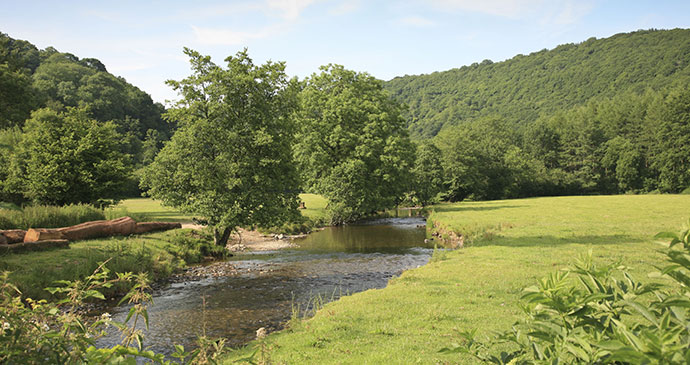 Within the national park is its most appealing town, Dunster… to the south is Wheddon Cross.

Between Exmoor National Park and the Quantocks is a snout of land which, although technically outside the range of this book, deserves to be included. Minehead, after all, is the eastern gateway to Exmoor and proudly the beginning of the 630-mile South West Coast Path; and Watchet is a most agreeable small town, with nearby Washford boasting more than its share of attractions.

Within the national park is its most appealing town, Dunster, with one of the most interesting castles in the county, owned for 18 generations by the Luttrell family, whose name permeates the region. To the south is Wheddon Cross, which most drivers approaching Exmoor from Tiverton will pass through. Dulverton, the national park headquarters, is a short diversion off the main road. And, by the way, the area of the national park to the east of the A396 is known as the Brendon Hills, not to be confused with Brendon Common near Oare.