Going Slow in the Cotswolds

What is this life if, full of care,
We have no time to stand and stare.
No time to stand beneath the boughs
And stare as long as sheep or cows.
W H Davies, Leisure

There are two reasons to begin with a few lines from William Henry Davies, other than it being an effective piece of poetry. First, W H Davies was a one-time traveller of sorts (more vagrant than tourist) and he was a resident of the Cotswolds. Admittedly, he wrote the poem Leisure in 1911, long before he settled in the Cotswolds but, nevertheless, he chose to spend the last years of his life in the area. Secondly, in a few short lines, the poem really sums up what going slow in the Cotswolds is all about.

In parts of the Cotswolds it is indeed impossible to do anything but go slow – narrow and contorted lanes wind their way up steep hillsides, and many villages seem decades away from the modern world. That’s not to say that the Cotswolds is backward-looking, but if, as I was one Sunday evening, you happen to be gently rocking in a chair beside the embers of a log fire in one of the Cotswolds’ charismatic village pubs, that pressing business meeting arranged for the following morning suddenly seems ever so slightly less important. 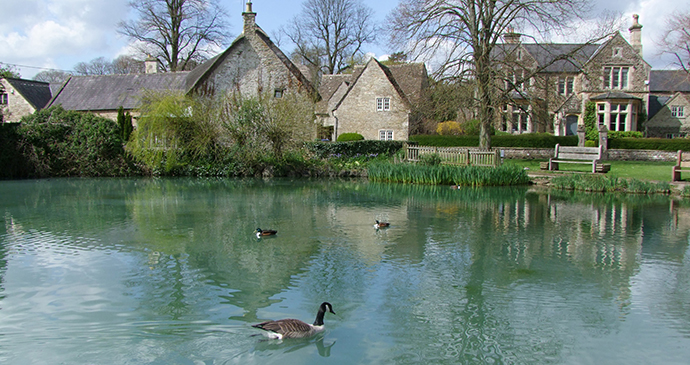 Sit by the pond in Biddestone © Caroline Mills

The rounded landscape of the Cotswolds feels cosy, snuggly and warm, even in the depths of winter. There’s little that’s raw, jagged or sharp about the landscape and the sense of harmony between man and the land feels comfortingly organic. With 86% of the Cotswolds being farmland, the relationship between the two is where the story of the Cotswolds really begins.

You can’t avoid noticing geology wherever you go. The distinctive local limestone makes the Cotswolds what they are today, both in the natural rock formations that remain and in the buildings in towns and villages. The colour of the stone varies from creamy white to a deep golden brown but its composition remains the same. Formed in the Jurassic age – 140 to 210 million years ago – when the area was awash with sea creatures, layers of sedimentary rock known as oolite were laid down. This oolitic limestone is so called because the small round particles, or ooids, look like fish eggs. Some eons later man came along and started digging up this stone for houses, animal shelters and walls to enclose livestock.

The Cotswolds stretch from Bath in the southwest towards Stratford-upon-Avon in the northeast and covers six historic counties: Somerset, Wiltshire, Gloucestershire, Worcestershire, Oxfordshire and Warwickshire. To some extent the Cotswolds divide into two. The western side is dominated by a striking line of hills that rise to 1,080 feet above sea level, running from Bath to a point east of Evesham. This escarpment overlooks the Severn Valley, the Forest of Dean and the Welsh hills beyond. Yet the escarpment, while it may look like one long ridge from a distance, is actually made up of many lumps and bumps between both wet and dry valleys that weave through the landscape.

Its character is so very different from the eastern side, a plateau where the land levels out to a gentler scene with rolling hills, river valleys and agricultural plains. These are interspersed with a spattering of towns and villages that evolved with purpose – as the meeting points for the farmers and merchants who also made their mark on the landscape. For while the Cotswolds are predominantly a rural idyll now, they were by no means an industrial backwater. The quality of the stone architecture of the towns and villages that give the landscape such appeal is a potent reminder of the area’s once thriving and prosperous industries.

Evidence of prehistoric man crops up here and there with Neolithic burial chambers, found mainly on the western escarpment. The Bronze Age and Iron Age residents built hillforts, many of which can still be seen quite clearly. When the Romans arrived, they too made their mark on the Cotswolds, in the form of villas such as Chedworth. One particularly prominent legacy of their presence is the Fosse Way, a road that runs the length of the Cotswolds from Bath through Cirencester to
Moreton-in-Marsh and beyond to the Lincolnshire Wolds. 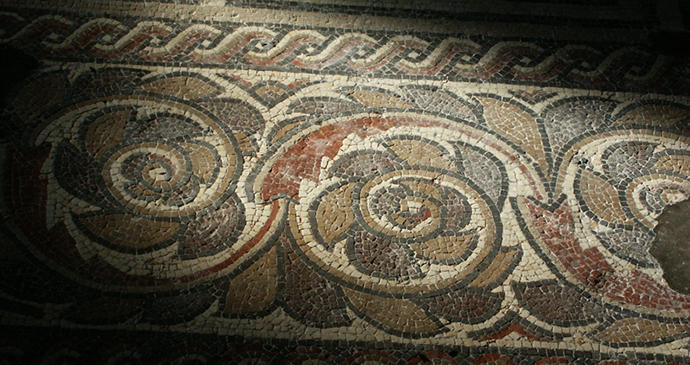 One of the most plausible explanations for the Cotswolds name is that ‘wolds’ means ‘open hillsides’ and ‘cotes’ denotes ‘sheep enclosures’. Hence the ‘Cotswolds’ (or ‘hills covered in sheep’) became renowned for these woolly beasts and later the wool itself. The Cotswolds’ finest hour came in the late Middle Ages when the sheep – and their prized wool – had made a name for themselves internationally. Merchants came from all over Europe to trade, ‘wool towns’ sprang up across the region and the wealth was pumped into magnificent houses, market halls and churches.

The woollen cloth industry began to boom during the 17th and 18th centuries, particularly along the river valleys where mills sprang up. But it was not to last; competition from large-scale mechanised mills in Yorkshire and then cheap imports thwarted the industry and the area gave way to a wave of artists and craftsmen and women as the Arts and Crafts Movement began, most notably William Morris, who made the Cotswolds his home and an inspiration for his work, together with numerous other associates, including several of the Pre-Raphaelite Brotherhood.

While many of the sheep have gone from the hillsides, agriculture still plays a lively part in the local economy, as does quarrying for the sought-after stone that has made the landscape in more senses than one. Visitors can (re)awaken their senses by sampling the sights, sounds and smells of the area, immersing themselves in the landscape, tasting its fruits and encountering an altogether more organic experience – and a slower pace of life. The Cotswolds has a character like no other.

Forgive me for being frivolously biased, but I have decided that I live in the most beautiful part of the UK! I knew it all along really, but researching and updating this book has cemented my thoughts and now I want to shout it out loud.

The Cotswolds might not be as dramatic as the Scottish glens, as rugged as the North York Moors or even as picturesque as the Lake District on certain days. What it does have is a comforting feeling that everything is right with the world. So when Bradt asked if I would like to write a book on the Cotswolds I jumped at the chance to explore the area some more. And then my blood ran cold. Another book on the Cotswolds – how do I make it different? How often can I write about honey-coloured stone, and which villages do I include when so many of them look appealing? Am I the right person to write about the area when, I’m ashamed to say, I often take where I live for granted as I go about my day-to-day life? 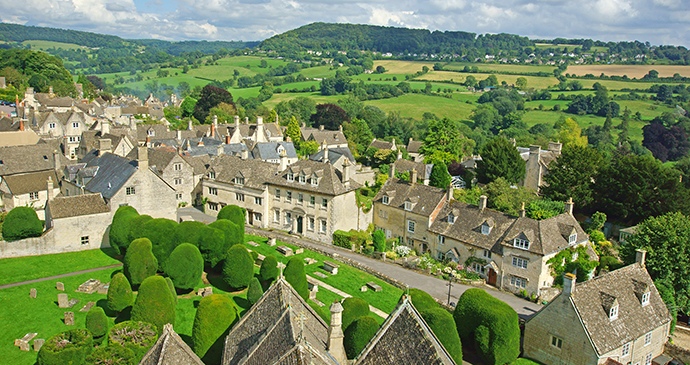 The view over Painswick towards Sheepscombe © PJ photography, Shutterstock

My first idea was to re-read some ‘Cotswold’ literature, but I couldn’t decide whether to bathe in the sublime imagery of Cider with Rosie, return to my childhood dreams with Penelope Lively’s The Whispering Knights or even hide in C S Lewis’s wardrobe for an hour or two. I’ve had to look at ‘my’ patch with new eyes to write this book and then put those little nuances, secret places and insider knowledge that I’ve gleaned over my lifetime back again, but with a fresh approach. I thought I knew a reasonable amount about the area, albeit not as much as the farmers who have toiled the land here for generations. I realise now that it will take more than my lifetime to really discover the Cotswolds. At least I’ve made a start.