The places listed below make ideal bases for exploring Cheshire. 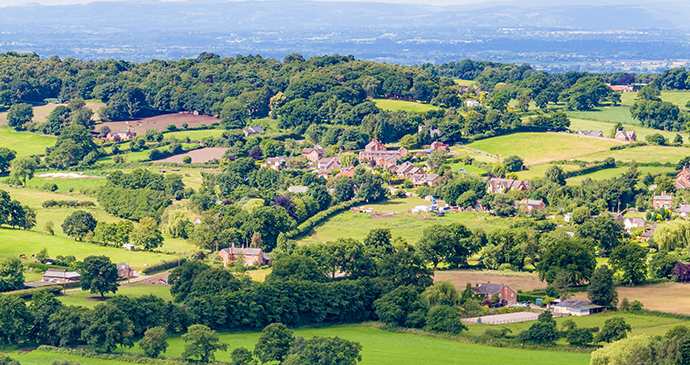 Eye-catching Roman city on the River Dee with medieval walls and shopping rows. Good base for Wirral, too.

Genteel market town and starting point for the Sandstone Trail. Set round a handsome high street and backed by a rocky outcrop with wonderful views.

Historic market town with a vibrant calendar of events and one of Britain’s finest churches.

The real-life Cranford is a charming country town with characterful streets, quirky architecture and the grand Tatton Estate right on the doorstep.

Hilltop town with a lively monthly market and interesting museums telling the tale of its silk-industry heritage. A good base for exploring the Cheshire Peak District.

The green heart of Cheshire, pocked with meres and mosses, is also a handy jump-off point for the nearby salt towns of Middlewich and Northwich.

Great walking and cycling with panoramic views is guaranteed in these hills, with forts and ancient villages to explore.

Surrounded by lovely countryside and rich in industrial heritage, this leafy area is also on the Cheshire Ring route, so ideal for canal lovers.

Cheshire is a mixed bag for the Slow traveller. In truth, unless you are on a cycling or long-distance walking holiday, some areas are tricky to access without a car, especially in the south and northeast of the county. That’s not to say, though, that an entirely car-free holiday isn’t possible; it will just require more planning. And it will be worth it – it’s far more rewarding to experience the Cheshire countryside from the window seat of a train or bus than via its motorways.

Much of the county is covered by a comprehensive bus network, though evenings might be light on services. There are also good rail connections crossing from Crewe towards Liverpool and Manchester, as well as the Mid-Cheshire Line, which shuttles passengers across the Cheshire Plain northeast–southwest between Manchester and Chester, providing good jump-off points in some rural backwaters. Another useful rail link is the Wirral Line, which runs from Chester along the east coast of the peninsula to Liverpool, with a quick change enabling access to stations along the north coast, and round to West Kirby.

Cheshire’s strong rail links also make it easy to get here from other parts of the country. There are fast trains from London Euston to Chester, Stockport, Macclesfield, Wilmslow, Runcorn, Warrington and Crewe. The latter, being an historic railway hub, also connects to the east and west. Use these lines not only to get here but to aid your movement around the county.

When you need to resort to car travel, major roads include the M6, M53 and M56, and the past 40 years has seen a steady upgrade in the local road network, striping Cheshire with fast highways. 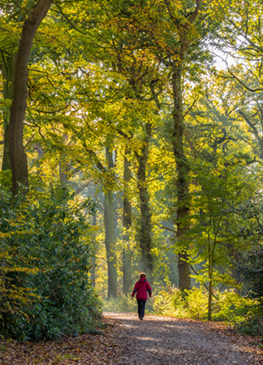 For a county that most people think of as flat, there is a surprising mix of terrain to cover by foot. Certainly, there are a lot of paths on the level, but head to the Sandstone Ridge and the foothills of the Peak District and you’ll find plenty of opportunities to work up a sweat with magnificent panoramas of the county and its neighbours as your reward. There’s also a varied landscape in which to rejoice, enhanced by the changing seasons, with the patchwork of fields giving way to the wild fringes of waterways, plus opportunities to dip beneath forest canopies and even stride out on barren heaths.

Several notable long-distance paths run through Cheshire. Among the best are two ridge walks: the Sandstone Trail, from Whitchurch to Frodsham; and the Gritstone Trail, which arrives in Cheshire at Mow Cop and has Disley as its northern trailhead. The 70-mile North Cheshire Way, from Hooton on Wirral to Disley in the Peak District, and 34-mile South Cheshire Way, from the Shropshire border to Mow Cop, are also useful waymarked routes, as is the Trans Pennine Trail, which traces the north of the county from the Peaks to Runcorn. But there are also shorter routes and accessible greenway tracks to follow. Don’t forget, too, the extensive network of towpaths around the many canals, with the Cheshire Ring Canal Walk providing a neat circuit of their banks.

Cheshire has two ‘Walkers are Welcome’ towns – Bollington and Disley– both part of a national initiative to promote going by foot by offering information on local routes and ensuring footpaths and signposts are well maintained.

For more information on walking in Cheshire, check out the Mid-Cheshire Footpath Society and The Long Distance Walkers Association. Other useful resources include John Harris’s Walking in England and, for canal walks, the Canal & River Trust.

There’s cycling to suit everyone in Cheshire because while much of it is on the flat there are also hillier stretches for more serious cyclists. Families with young children will enjoy pootling around the safe, broad, traffic-free paths that have been laid where trains once travelled, such as the Whitegate Way, while road cyclists will enjoy the scenic long-distance routes, with the steep ascents of the Sandstone and Gritstone ridges providing enticing challenges – even off-road cyclists can get their fix in the bike skills area at Delamere Forest. The cross-county Cheshire Cycleway makes a 176-mile loop of the area. In Chester, a ‘tube map’ has been devised to show the best ways to get around the city on two wheels, and if you fancy following a refreshing route around the coast, the Wirral Circular Trail offers the opportunity to do just that. 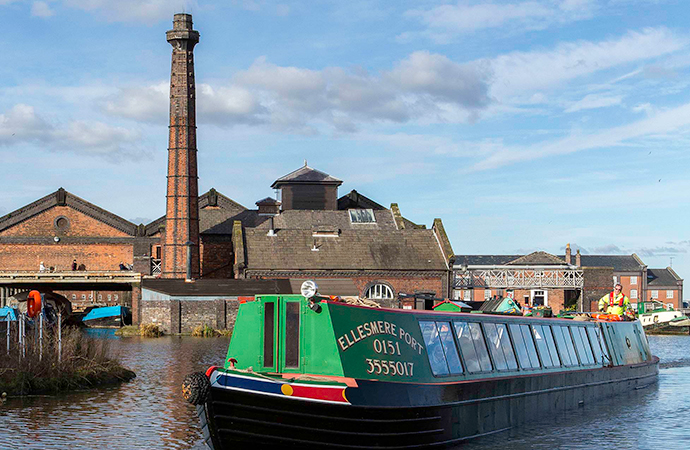 Slow travellers will adore the fact that Cheshire is criss-crossed by canals. Once used to take salt, ceramics and other goods towards the Mersey ports – and bring cargo such as clay and cotton inland – they now provide scenic routes to follow by bike, on foot and, of course, by narrowboat, with canalside beer gardens providing pleasant places to pause and contemplate how these serene waters were the expressways of their day. Six major canals weave their way around Cheshire, opening up a variety of landscapes to today’s visitor, a point exploited by the clever marketeers who devised the cruising route The Cheshire Ring in the 1960s. They include the ground-breaking Bridgewater, considered the first modern British canal, which was created by the pioneering engineer James Brindley. His work can also be seen on the Trent and Mersey, the site of the Anderton Boat Lift, an admirable example of high Victorian engineering dubbed the ‘Cathedral of the Canals’. The work of another giant of the canal age, Thomas Telford, can be appreciated along the Shropshire Union and at the canal hub he created at Ellesmere Port, now one of the two National Waterways Museums. Other manmade waterways include the Peak Forest, Macclesfield and Manchester Ship canals. There are marinas across the county and the widespread nature of the canals and how they interlink means that you can jump on at different points, though Middlewich and around is a particularly good central spot, offering the option of all points of the compass.