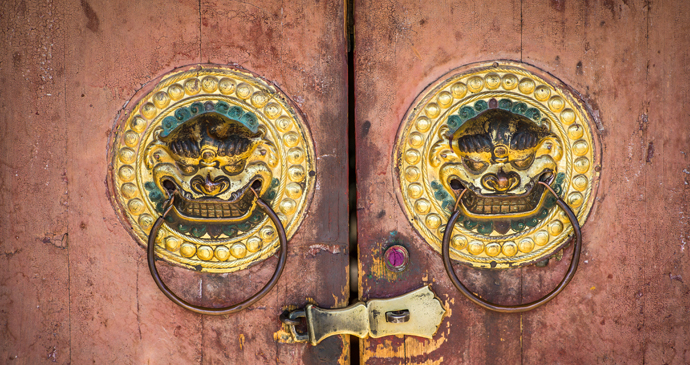 There are few places left where there is still a sense of adventure and where you feel you are treading on undiscovered ground. Most of the blank places on world maps have been filled in. But not so Mongolia. My own experiences in Mongolia began when, aged 29, I fought my way around the then impenetrable system, designed to keep Western tourists out, and entered Mongolia by the Eastern Gateway through China – also virtually closed to foreigners in those days. In October 1978, I picked up one of the 4,000 telephones in Beijing and asked for the tourist office in Ulaanbaatar. I spoke to whoever answered my call in rudimentary Mongolian and politely asked for my visa to be sent immediately. The next thing I knew I was on the international Trans-Siberian Railway en route to Ulaanbaatar; the first leg of my journey had begun.

A long love affair followed, as I helped to return the takhi – the famous Mongolian wild horses known to the equine world as Equus przewalskii – from world zoos to Mongolia. It took time and patience. I might add I was not alone in this effort; there were many hundreds of dedicated individuals who helped to unlock doors, open gates and break down visible and invisible barriers. The country itself had come through the communist period (1921–90), including the Cold War (1947–89), to begin building democracy in 1991. The following year a small band of takhi returned to the freedom of their native land, flown from zoos and semi-reserves in Holland and elsewhere, much to the joy of the Mongolian people still celebrating their newly found political freedom.

There are few places left where there is still a sense of adventure and where you feel you are treading on undiscovered ground. Most of the blank places on world maps have been filled in. But not so Mongolia.

My own reaction when I first reached the south Gobi Altai, in autumn 1990, was to fall on my knees in awe at the magnificence of the empty desert at dawn. For a short instant I felt I had arrived, and yet in the next instant I realised there was still a long, long way to go. Wearily, I recognised I had barely scratched the surface. Such travel to a distant country both brings us home and teaches us about ourselves – revealing, perhaps, our true identities and, maybe, our deepest desires and greatest fears.

For a journey to Mongolia you will need stamina and lots of courage. Travels to a far-off place like Mongolia involve personal commitment and purpose, friendship and, not least, a sense of style. In this guide I have asked the question, ‘How do we Westerners – tourists and others – approach the frontiers of Mongolian culture and step into a land so vastly different from our own?’ The first thing, of course, is to leave all preconceptions aside.

You could just turn up with a rucksack and good walking boots, although not everyone wants to travel that way, and helicopters and horses are available, both equally dangerous at times. Mongolia offers amazing opportunities to travel throughout the country since it opened its doors to the Western world in 1990. But there are some constraints – for one thing, Mongolia is a huge country, twice the size of Turkey, four times that of Japan and more than six times the size of Great Britain. Thus some sort of planned approach is essential, especially if you travel independently.

Travels to a far-off place like Mongolia involve personal commitment and purpose, friendship and, not least, a sense of style.

Mongolia is not a country to visit in a hurry. It is a fabulous wide-open land of extreme climate and extraordinary natural environment. People call it a ‘mythical land’ or the ‘Land of Blue Sky’ because of its shimmering, clear air and cloudless skies for most of the year. It is a land of horses and herdsmen and one of the last great undisturbed wilderness areas on earth. Among its 2.9 million people are some of the last truly nomadic pastoralists in the world, and visitors can experience the unique pleasures of staying with nomads and living a lifestyle of centuries ago.

The 21st century ‘mining boom’ has turned around Mongolia’s livestock economy into a mining economy, which has highlighted Mongolia on the world map once more. Vast coal reserves along with copper and other minerals are producing new wealth. Buildings and roads and all sorts of new service industries have transformed the capital Ulaanbaatar. Such changes are happening to a lesser degree in towns and settlements in the countryside – but even in the more remote areas where mining is involved, things are changing fast.

What gave me most satisfaction on my recent journey (September 2013) was to revisit Takhiin Tal 35 years on and see Mongolian wild horses roaming freely in a specially protected area of the Great Gobi National Park. My original project completed, I too share this sense of freedom.

A final word – find yourself a good guide, sit and talk around campfires, and drink in the ageless presence of nomads, listen to their stories and their songs, and think too about the wildlife ‘out there’ in the night, who may see a small camp fire glow in the distance under a starry sky. That’s what made me return to Mongolia, along with my long-held dreams that have eventually turned into reality.