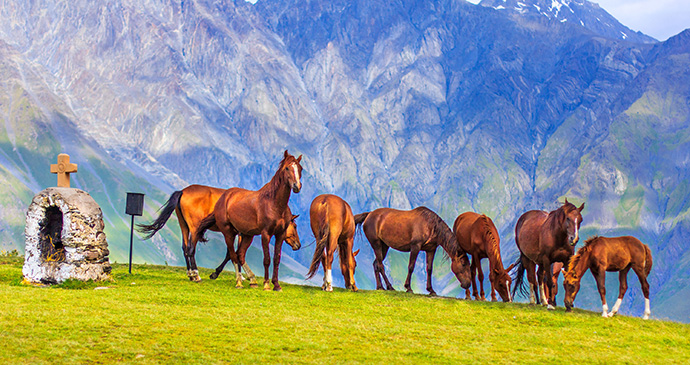 Despite recent improvements, many things in Georgia are still run-down, yet it’s one of the most heart-warming and exciting of all European destinations. This is above all due to its people, who are some of the most hospitable and generous you could meet anywhere. In addition you’ll see fantastic scenery, including Europe’s highest mountains, and lovely ancient churches and cave-cities.

This does in part raise the question of whether Georgia is in Europe, Asia, the Middle East, or some other region; travellers can easily spend half their trip debating this issue. If the Caucasus is the dividing line between Europe and Asia, it’s unclear which side is European and which is Asian. Armenia and Russia have international phone codes in the European 003 series, yet they are separated by Georgia and Azerbaijan, which have chosen codes in the Asian 009 series. Despite this, since 2007 Georgia has competed in the Eurovision Song Contest (apart from 2009 when they withdrew as a protest against it being held in Moscow). Certainly, the Georgians seem to spend a lot of time squatting on their haunches in an Asian way waiting for the good times to come around, yet civil society (non-governmental organisations, pressure groups, a fair judicial system and so on) is stronger here than in the neighbouring countries.